Hillary Clinton is George Costanza. She had so much promise. She’s rich. She always knows when someone is uncomfortable at a fundraising gala. But it’s just not working. Every decision she’s ever made in her entire life has been wrong. She really wanted to be president in 2008. But because of her poor political skills and an opponent (Barack Obama) who embodied everything she was not, she failed and was relegated to the edge of the national spotlight for eight years. It’s time to try the opposite.

Since launching her unofficial presidential campaign with a (failed), book tour last year, it has become painfully obvious that "letting Hillary be Hillary" is not a winning strategy. It’s time for a change. It's time for Hillary to do the opposite of what her instincts tell her to do. Because unlike Obama, she's not a winner, and still has more campaigns to run. It's time for her to stop trying to be her own person. She needs to become Barack Obama. 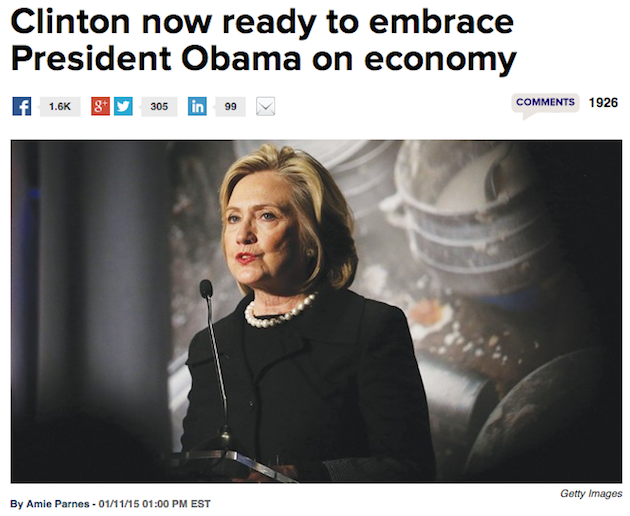 That's better. And she should probably resist the urge to oppose Obama's plan to raise taxes on banks and rich people, the way she did in 2008. Instead, she should just tweet out some generic praise about making sure people pay their "fair share," even if she doesn’t actually believe it.

@BarackObama #SOTU pointed way to an economy that works for all. Now we need to step up & deliver for the middle class. #FairShot #FairShare

Hillary has been trying to undistance herself from Obama for some time. Remember that time she dared to criticize Obama’s foreign policy, and Ezra Klein freaked out? She was quick to walk it back. She was also quick to "evolve" on gay marriage after Obama did, and to embrace the unrest in Ferguson. She’s even hired Obama’s pollster and several other Obama campaign veterans.

On Wednesday, Hillary is in Winnipeg to give a series of speeches sponsored by the Canadian Imperial Bank of Commerce—a clear effort to establish herself as an "outsider" the way Obama did successfully in 2008. Here's what Clinton had to say:

Hillary Clinton: "The president has been very successful."

Clinton in Winnipeg on whether there should be Iran sanctions: "No, I take the position that I think the president articulated last night"

Eventually, Hillary is going to need to choose a running mate. But at this point, she doesn’t really have a choice, does she? 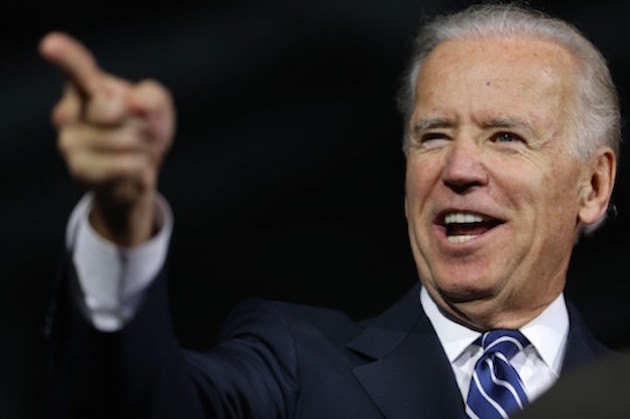