Former President Barack Obama's successful campaign to rig the NBA finals in Canada's favor notwithstanding, American athletes continue to enjoy an unprecedented dominance under the leadership of Donald J. Trump.

Over the weekend, American golfer Gary Woodland won the U.S. Open Championship at Pebble Beach, a two-hour drive from Oracle Arena, where the injured-ravaged Golden State Warriors were improbably dethroned as defending NBA champs by the Obama-backed Toronto Raptors.

Woodland's victory marks the third consecutive time an American golfer has won the U.S. Open since President Trump was sworn into office in 2017. Obama's record, on the other hand, raises a lot of questions. Americans won the U.S. Open just four times on Obama's watch from 2009-2016, and just once during his first three years in office. That's not very surprising, is it?

Unlike his predecessor, who rejected American Exceptionalism and promoted policies defined by weakness, Donald Trump's unapologetic embrace of winning has clearly rubbed off on the athletic community. 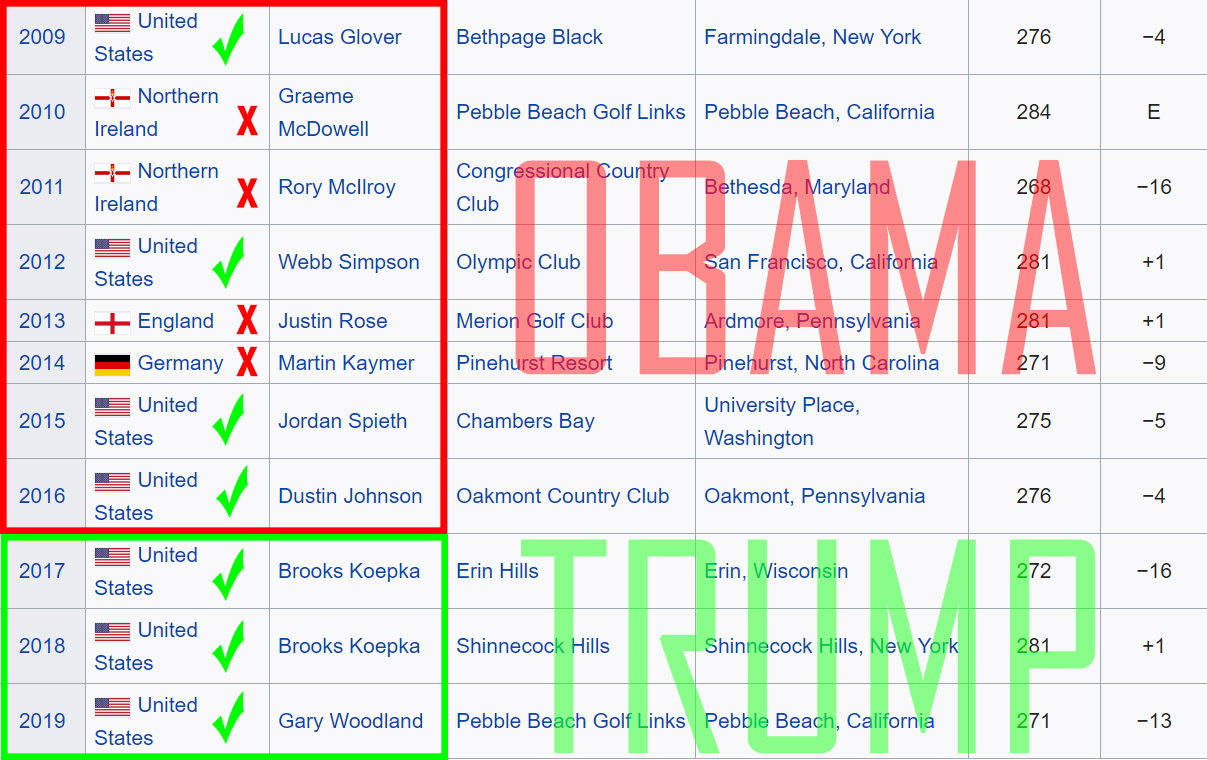 The U.S. women's national soccer team also celebrated a victory over the weekend, defeating another inferior opponent (Chile) on their way to securing a spot in the World Cup knockout stage. The team's second win comes on the heels of a record-shattering performance in a dominant 13-0 thrashing of Thailand on Trump's watch.

Even the haters have to agree: It's nice to finally win again.