THANKS, OBAMA: America Humiliated as Injury-Ravaged Warriors Dethroned by CANADA

America just lost to Canada. Take a moment to let that sink in. That really happened. The Toronto Raptors knocked off the defending champion Golden State Warriors in Game 6 of the NBA finals on Thursday. The national humiliation was compounded by the fact that the Raptors celebrated their victory on American soil at Oracle Arena in Oakland.

The improbable Canadian upset of the most dominant team in basketball is a stain on the legacy of American dominance. Many will try to lay blame for this national disgrace at the feet of President Donald J. Trump, who as a candidate had promised to Make American Great Again, and has since presided over one of the most successful administrations in history.

Patriotic Americans blessed with superior intellect won't abide this conspiracy to taint The Donald's immaculate legacy. They know better. They understand the vile machinations at work here, and know exactly who is responsible for this demoralizing outcome. It all started in Game 2 in Toronto, when two Warriors starters suffered bizarre injuries in the second half while a certain celebrity looked on. His name: Barack H. Obama.

Prior to attending the game, Obama met with Canadian Prime Minister Justine Trudeau, and yucked it up at a Candian brewery. Collusion?

The Canadian crowd honored the former POTUS with a standing ovation at Scotiabank Arena. In hindsight, a chilling sight to behold.

Barack Obama gets a standing ovation at Game 2 of the NBA Finals in Toronto.
Via blogTO pic.twitter.com/Dqqf3P1rYW

Even though the Warriors managed to pull out a win in Game 2, the series went off the rails from there. The so-called "Obama Curse" had taken hold, and the injuries kept piling up. All-Star forward Kevin Durant, for example, finally returned from a calf injury in Game 5, but then suffered a torn Achilles after playing just 12 minutes on the same court where Klay Thompson and Kevon Looney injured themselves on Obama's watch.

Game 6 at Oracle Arena took an ominous turn when Thompson went down with a knee injury—now confirmed to be a torn ACL—late in the third quarter, forcing him out on a night when the All-Star shooting guard led all scorers with 30 points. The Warriors never recovered. America's fate was sealed. Obama's grand vision—of a submissive, unexceptional America resigned to a role as an equal partner on the world stage—was finally realized.

This is the future liberals want. 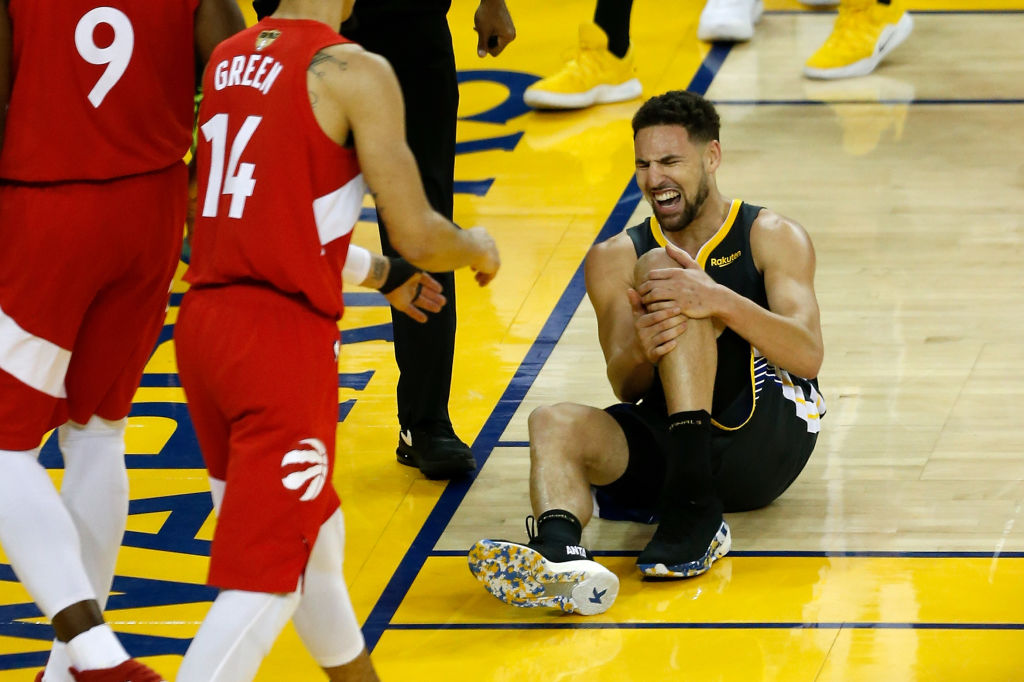