Democratic Senate candidate Alison Lundergan Grimes showed off her impressive foreign policy knowledge this week, telling the Lexington Herald Leader that Israel’s Iron Dome system "has been a big reason why Israel has been able to withstand the terrorists that have tried to tunnel their way in."

It was not immediately clear whether Grimes had any idea what she was talking about, but a Free Beacon graphical analytics team has sought to recreate her thought process. 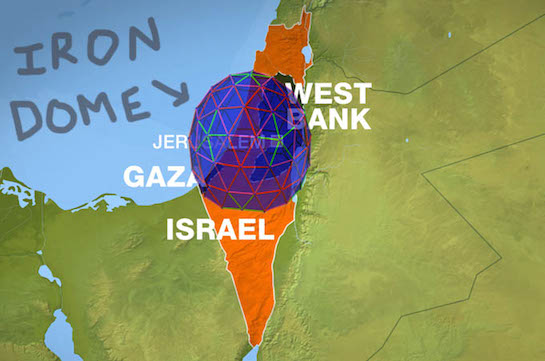 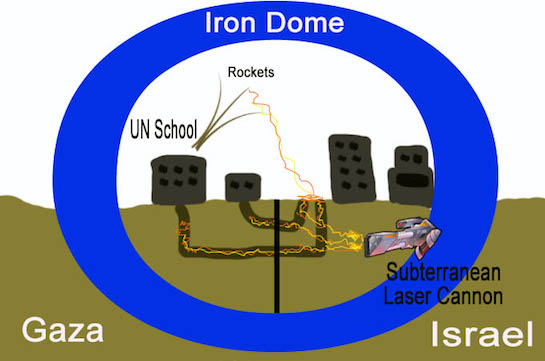 The Israeli Defense Force did not immediately return multiple requests for comment.