Having dominated the 2021 election, Republicans are poised to make significant gains in next year's midterms. In the interest of maximizing these gains, the Washington Free Beacon presents our first endorsement of the 2022 election cycle: 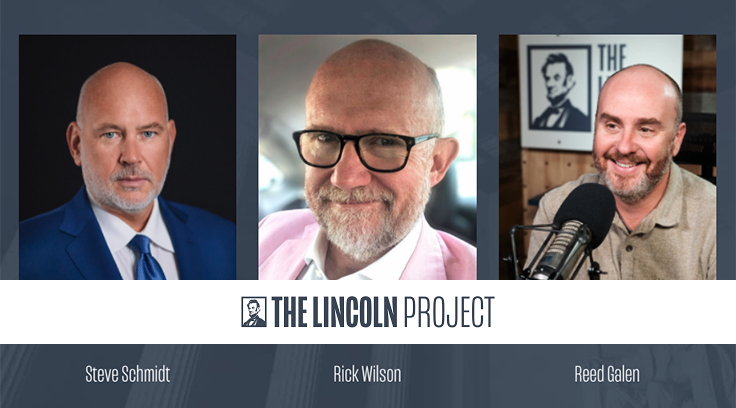 Despite the considerable time and effort its leaders were forced to spend covering up the disgraceful behavior of cofounder John Weaver, the Lincoln Project performed admirably in the 2020 election, helping the Republican Party go 7-0 in key Senate races. The super PAC spent $12 million attacking the GOP candidates in those races, propelling them to victory over their Democratic challengers. We can't argue with these results:

The Lincoln Project successfully replicated this strategy in 2021, which suggests they are ideally positioned to deliver Republican gains in next year's midterms. The super PAC reportedly spent more than $280,000 on attacking Glenn Youngkin, the Republican nominee in Virginia's gubernatorial race, and colluded with Democratic operatives to carry out a pathetic neo-Nazi cosplay stunt at a Youngkin campaign event. In doing so, the Lincoln Project helped the GOP candidate secure an improbable victory in a solid blue state that President Joe Biden won by more than 10 percentage points. "We're coming for you, Glenn Youngkin," the Lincoln Project tweeted in late September. (LOL.)

Republicans need a reliable ally in their quest to retake the Senate and House of Representatives in 2022, an outcome that would stymie Biden's plot to radically transform the American economy. The Lincoln Project has a proven track record of not only electing Republican candidates but also siphoning off tens of millions of dollars from liberal donors that would otherwise have gone toward organizations that actually care about winning. By contrast, Lincoln Project founder Steve Schmidt made clear that his primary goal was establishing a vehicle for "generational wealth."

In the interest of helping Republicans gain power in 2022 and beyond, we at the Free Beacon suggest: Let them get rich. Now that most of the founding members have paid off their mortgages, back taxes, and other debts, it's time for GOP donors to open their wallets and contribute generously. Enough to make them all generationally wealthy, but less than the amount that might persuade them to retire. We need them on the front lines.