In the manner of a terrorist organization accepting responsibility for an atrocious attack on civilians, the Lincoln Project and a Democratic operative claimed credit for a bizarre performance of neo-Nazi cosplay on Friday as the Virginia gubernatorial race enters its final stretch.

Speculation swirled almost immediately after an NBC News reporter on Friday posted a photo of five dispirited young people, dressed in white shirts and khakis, holding tiki torches in front of Republican candidate Glenn Youngkin's campaign bus in Charlottesville, Va. One of the "white supremacists" was an African American.

Their costumes were intended to evoke the "Unite the Right" rally in 2018, when white supremacist groups gathered to protest the removal of a Robert E. Lee statue. Despite the pouring rain, the cosplayers did not break character even as curious bystanders snapped photos.

"These men approached @GlennYoungkin’s bus as it pulled up saying what sounded like, ‘We’re all in for Glenn,'" NBC 29 reporter Elizabeth Holmes wrote on Twitter, the popular social networking website. The reporter's post was subsequently promoted by a campaign staffer for Democratic candidate Terry McAuliffe. Media experts instantly recognized the situation as "obviously a [Democratic] stunt," but neither the McAuliffe campaign nor the Virginia Democratic Party would admit to paying hapless youngsters to get drenched in the name of social justice.

The Lincoln Project, a Democratic super PAC whose senior members are widely suspected of enabling the sexually predatory behavior of  disgraced cofounder John Weaver, claimed credit for the amateur stunt after a Vice News reporter identified one of the Democratic operatives holding an unlit tiki torch in the rain.

"Today’s demonstration was our way of reminding Virginians what happened in Charlottesville four years ago, the Republican Party’s embrace of those values, and Glenn Youngkin’s failure to condemn it," the Lincoln Project wrote in a statement. Democratic operative Lauren Windsor also posted a statement alleging she had worked with the Lincoln Project to "coordinate today's Youngkin action in Charlottesville."

Professional media observers were not entirely convinced by the Lincoln Project's admission of guilt. "I wouldn't be surprised if the Lincoln Project simply agreed to take responsibility after the fact as a favor to the McAuliffe campaign," wrote Brian Riedl, a senior fellow at the Manhattan Institute.

The Lincoln Project, which raised almost $100 million in the 2020 election cycle, has faced criticism after one of its founding members described his desire to transform the super PAC into a vehicle for "generational wealth," while others have used the windfall to pay off back taxes, mortgages, and other debts.

Oh, and speaking of skinheads, here's a photo of the Lincoln Project's senior leadership: 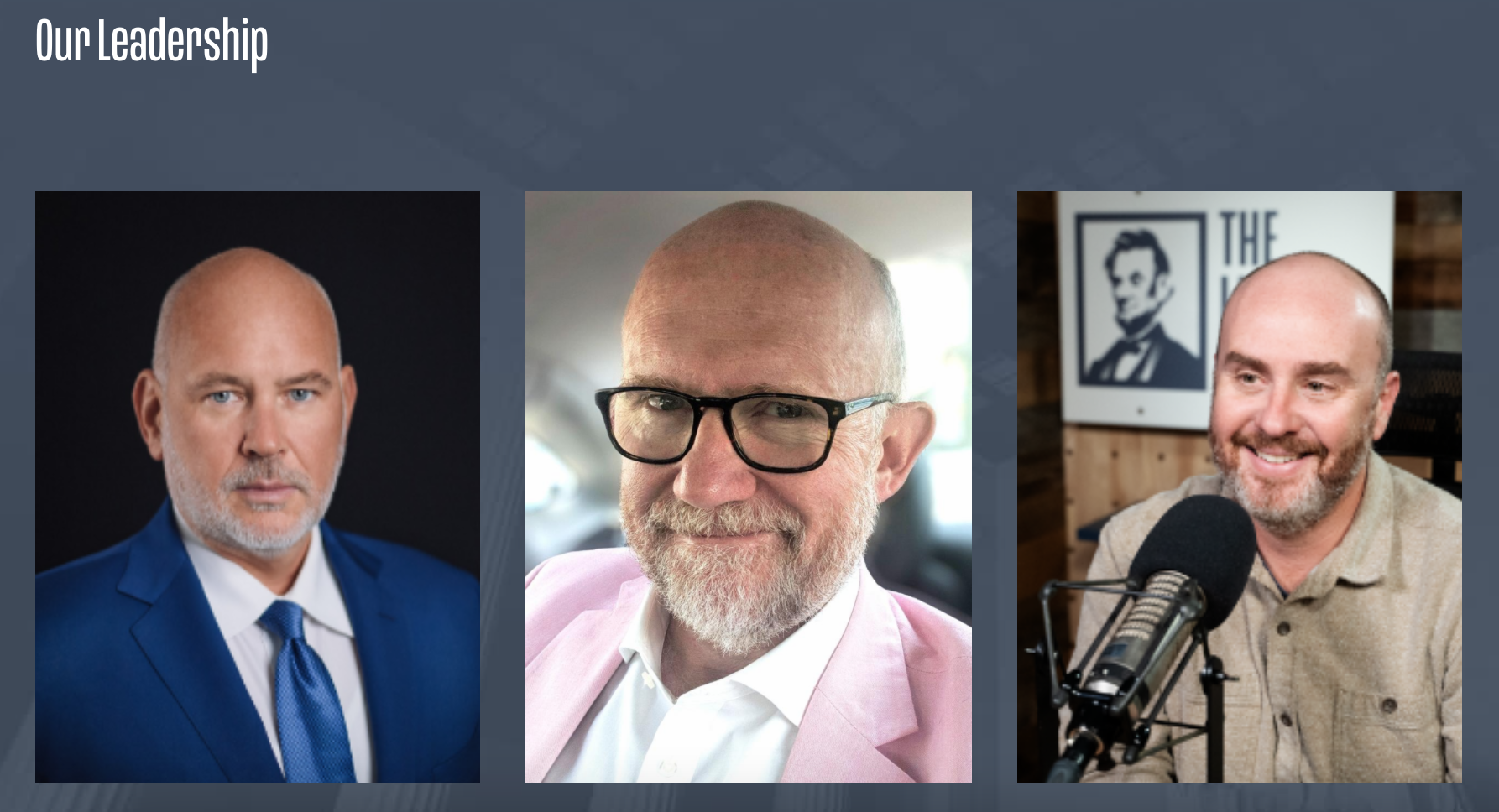