NASHVILLE, TENN.—Day two arrives at Politicon, the "unconventional political convention" here at the Music City Center in downtown Nashville. Al Franken's awkward keynote address the previous night was a weird way to end the first day of festivities, but with big names like Touré, Lauren Duca, Chris Cillizza, Charlie Kirk, and Randy Rainbow on tap, attendees are primed for another full day of "endless humor and exhilarating conversation."

First up is Touré, who is moderating a panel discussion ostensibly about the political problems facing America's cities. Panelists include a GOP political consultant (Shermichael Singleton), a liberal media pundit (Sally Kohn), a journalist (April Ryan), and one person who actually knows what he's talking about: Knox County mayor Glenn Jacobs, a Republican. You've probably heard of him under a different name: WWE superstar Kane. 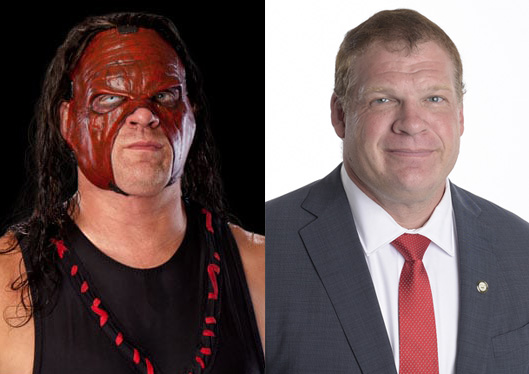 Kane is far and away the most thoughtful and coherent participant in the conversation about cities—when he is allowed to speak, that is. Unfortunately, Touré is easily sidetracked by conversations about Singleton's "beautiful Gucci loafers," the "amazing podcast" about Dolly Parton he listened to, and other tangents about the travails of being rich in New York City. For example, sometimes the streets are "super crowded."

Former Clinton henchman James Carville is back, and appears much livelier than he did the previous day, when he struggled to muster a coherent thought during a "debate" against Fox News megastar Sean Hannity. He is interviewing former White House press secretary Sarah Huckabee Sanders, who hasn't lost her knack for spin. Republican congressmen are retiring in droves, for example, because "maybe they can't keep up with this president and all that he's getting done."

The interview concludes after a brief question and answer period that includes few actual questions and an extended riff on the Federal Reserve. Carville scuttles off to a panel discussion on the future of the Democratic Party.

At this panel, Carville lets loose in his Cajun drawl. Medicare for All "is a stone-ass loser." Forgiving student loan debt is "the stupidest idea I've ever heard." Jill Stein is a Russian spy, and so on. He gets little resistance from fellow panelists Jess McIntosh and Zerlina Maxwell, both of whom served on Hillary Clinton's failed 2016 campaign, and are incapable of acknowledging any legitimate criticism of the campaign or its historically unpopular candidate. McIntosh says her biggest regret is failing to appreciate how hard it would be for Hillary to win because of misogyny.

Kyle Kulinski, an internet celebrity who co-founded Justice Democrats and seems to have by far the largest and most vocal fan base in attendance, gets thunderous applause whenever he mentions Bernie Sanders, or utters some boring cliché about how Democrats "should talk about what we're for, not what we're against." Yeah, the Democrats are screwed.

Nearby, on the "Democracy Village" stage, Touré struggles to appear interested as former Navy petty officer Malcolm Nance expounds at great length on Donald Trump's recruitment as a KGB operative and the importance of buying his latest book, The Plot to Destroy Democracy. Nance's increasingly unhinged Russia conspiracy theories were deemed too hyperbolic even for MSNBC. The convention audience, on the other hand, is here for it. Few stick around when CNN's Chris Cillizza takes the stage for "Trivia Hour!" 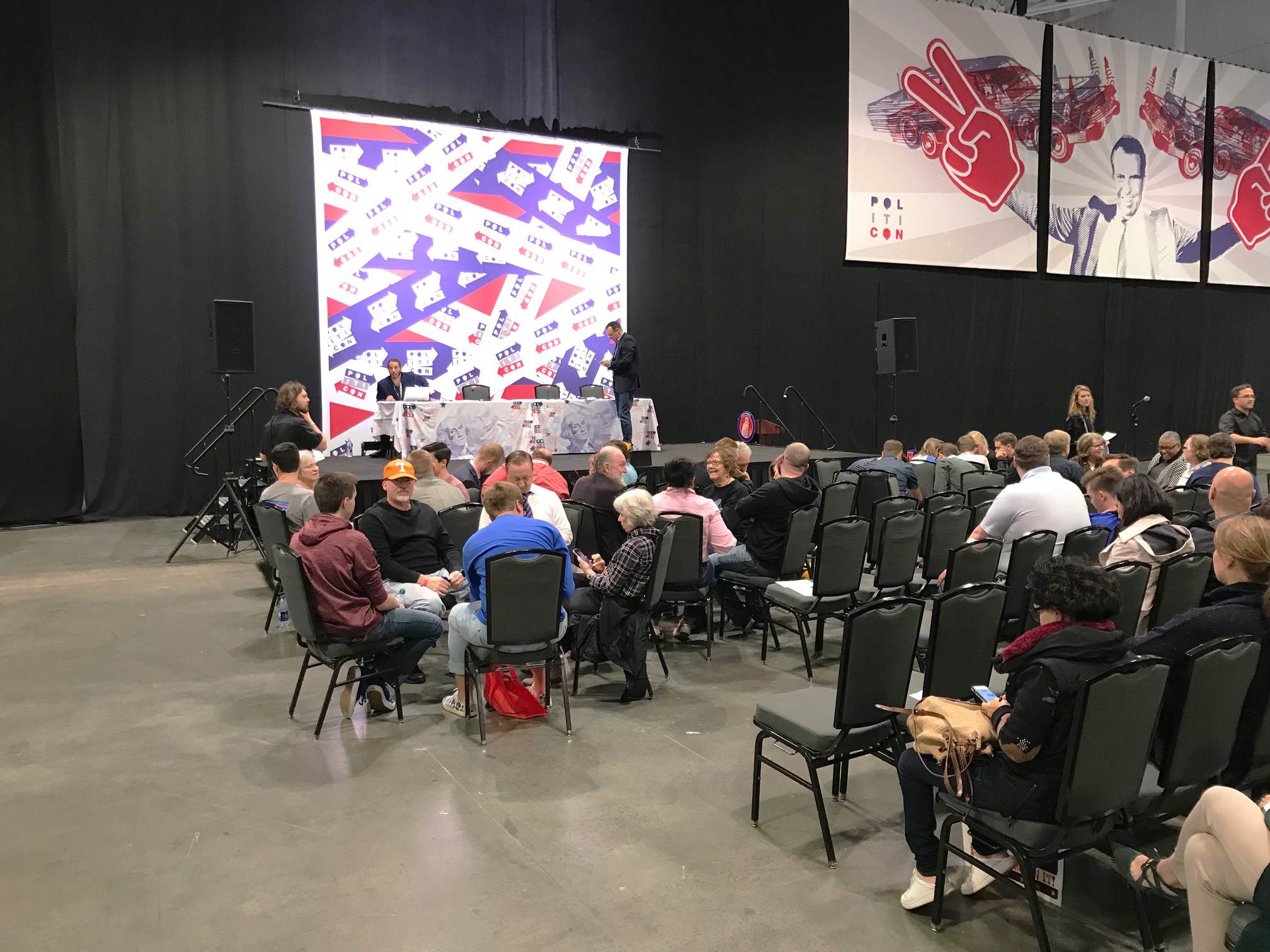 Over at "Podcast Row," which consists of a small stage and Politicon banner next to the coffee and smoothie vendor, "Lady Knockerz" of the MAGA Network is holding court with "Legendary Black Redneck" Joel Patrick and Lady MAGA USA, "America's conservative drag superstar." Things get a little heated.

The tension had been building toward the main event, a debate showdown between Kyle Kulinski and 2018 Washington Free Beacon Man of the Year Charlie Kirk, two young whippersnappers "fighting for the soul of their generation." The future of politics, as it turns out, is just as bleak as the present. Kirk wins the debate in a landslide, because you don't mess with a Free Beacon man, but not before Kulinski lands a few zingers, including: "Go live in Somalia!" "You're so oppressed, bro. Go wear a diaper again," and "Nice talking point, where'd you get that from, John Kasich?"

In a fitting representation of contemporary American politics, Kirk stubbornly defends Donald Trump, while Kulinski proceeds to lose his mind, reduced to hysterical cursing, and shouting "wrong!" at regular intervals. Attendees are once again forced to endure a re-litigating of the Colin Kaepernick "scandal," which at this point seems destined to become the most salient issue of the 2020 presidential campaign. What about Antifa? What about the conservative who shot those people? What about the liberal who shot those other people?

Each side believed they had won, except there was no prize. Just the memories we'd made along the way.

Twelve Days That Will Shake the World

PREVIEW: Everything You Need to Know About the Final Trump-Biden Presidential Debate