The ad, produced by the outside spending group Golf Cart Veterans for Truth, takes aim at Trump over his alleged cheating habits on the golf course, as detailed in a recent Washington Post report.

Asked about the numerous accusations of cheating from former golfing partners during a press conference last week, Trump dismissed them as "absolutely false," telling reporters: "I win at golf, that I can tell you."

Little is known about the group funding the ad, but the attack could offer a blueprint for Republican candidates whose previous efforts to criticize Trump have fallen flat.

"I think it works because it hits Trump where he is most vulnerable," a  GOP strategist told the Free Beacon. "He's totally wedded to his self-image as a hugely successful winning winner who always wins. Go after that, and you might knock him down a peg. When it comes to marriage, golf, whatever, real men don't cheat."

A representative for the anti-Trump group also forwarded the Free Beacon a copy of their logo, which they recently printed out at a neighborhood FedEx and plan to distribute on street corners outside Trump courses worldwide. 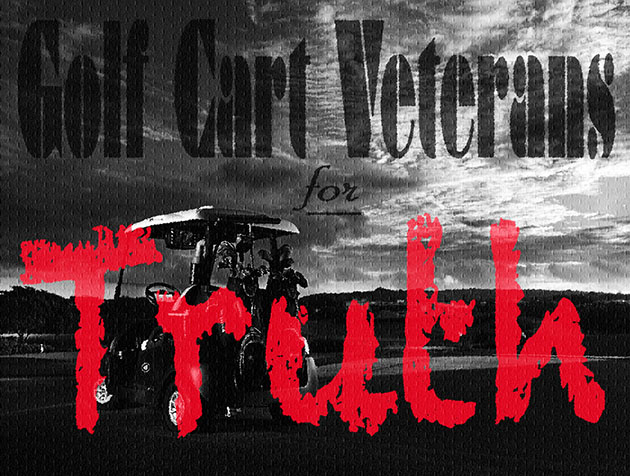