The editors of New York magazine (a Vox Media company) would like to remind you: Not only does AOC still exist, she is also the most talented and transformative figure in American politics. Take Up Space: The Unprecedented AOC is a collection of essays, photos, graphic novel excerpts, and middle-school Power Point presentations dedicated to "our first female wunderkind" with the "knockout charisma and communicative talents of a political supernova" who changed the course of history by winning almost 16,000 votes in the 2018 Democratic primary.

Most of us could use the reminder. Like most left-wing institutions—CNN, for example— Ocasio-Cortez has struggled to stay relevant in a world without Trump. A Democrat is president now, albeit not the one she endorsed in the primary. (Remember Bernie Sanders? The mittens guy from the inauguration?) Democrats control Congress, at least in theory. They don't have much to show for it and are increasingly at odds with one another. Voters have already started to revolt against the ruling party, and the upcoming midterm elections are going to be brutal. AOC is not at risk of losing her seat, but she's doing her part to make sure moderate Democrats in red states such as Texas will be replaced by Republicans.

Take Up Space is due out February 22. It may have already succeeded in getting AOC's name back in the headlines. Earlier this week, the New Yorker published an extensive interview with the congresswoman, in which she lamented the reality of her situation. Congress is a "shit show" that "never stops being scandalizing," she said. "Our current political system … does not revolve around the majority." For example, she thinks Biden should use executive power to cancel student debt, a legally dubious act that would primarily benefit a small faction of wealthy individuals—"a critical voting block," in the words of the self-avowed socialist.

The book may be considered a success on several fronts. First and foremost, it succeeds in demonstrating that some people shouldn't be allowed to write about politicians. Professional journalists, for example. When they write about Democrats, it comes across like the MyPillow guy writing about Donald Trump, or Barack Obama writing about himself. It's fitting that Lisa Miller, who wrote the book's four main chapters on AOC's life and political career, used to write about religion for the Washington Post. Her awed assessment of the congresswoman's place in history is infused with the same messianic hysteria that adorned the media's coverage of Obama's rise to the White House.

"Her impact can be measured in her origin story, in how she looks and talks, in what she chooses to wear and how she cuts her hair," Miller writes. "It can be proved in the digital platforms she masters to communicate most effectively to her myriad of audiences." AOC doesn't just post online. As Miller so eloquently conveys, the congresswoman wields her social media accounts "like trained lightning, destroying and illuminating at her command. Ever mindful of her ratios—always fine-tuning her posts to engender more love than hate—she reign[s] over her social-media hive more like Beyoncé or Rihanna than a politician."

Ocasio-Cortez possesses a "combination of folksiness, sincerity, magnetism, and sex appeal shaken up into a telegenic cocktail." When she joined forces with Sen. Bernie Sanders (I., Vt.) in 2020, the unlikely pair "seemed to magnify the allure of the other, creating a heat hotter than the sum of their celebrity." There is a "thrill" to watching her make macaroni and cheese on Instagram Live, in seeing her "appropriate a kitchen job as a performance of power." 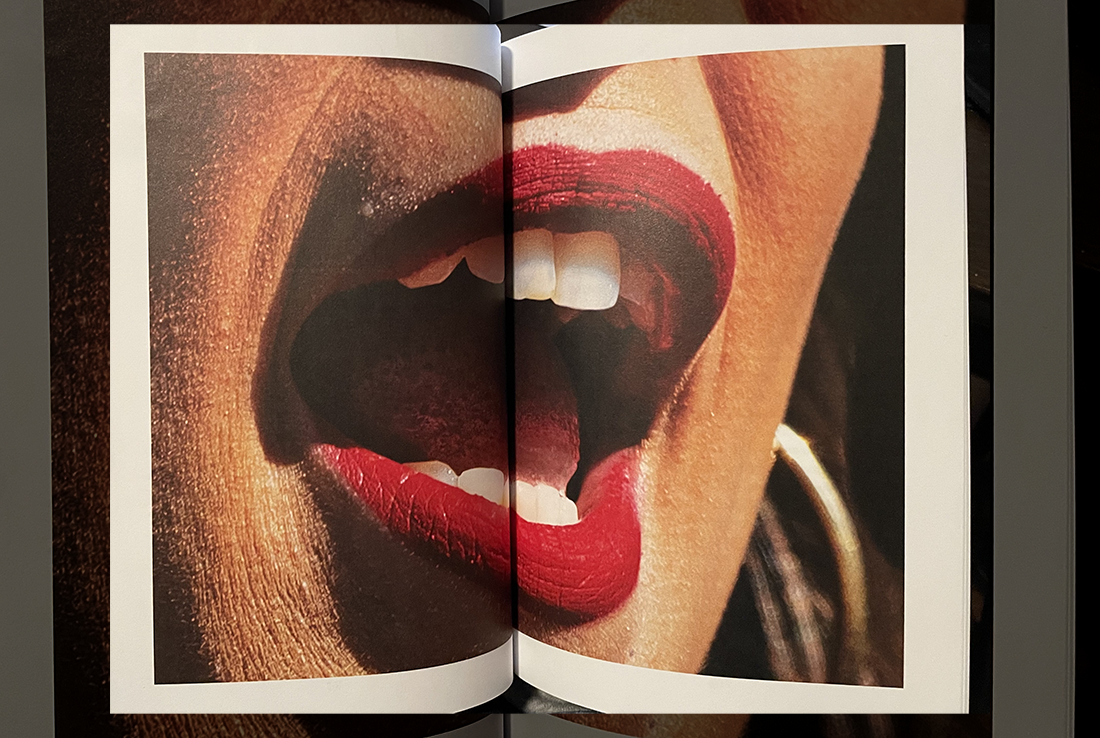 On a related note, the book succeeds in providing an informative overview of AOC's historic impact on American politics, which is comprised almost entirely of epic social media posts. For example: "In December 2017, Ocasio-Cortez sent a tweet that would help define her future political identity" by allegedly owning Sen. Ted Cruz (R., Texas) on Twitter. The career-defining tweet is examined in greater detail in a special section, titled "The Art of the Dunk," about how "the political communicator of our time mastered the Twitter clapback."

Other celebrated achievements include the online makeup tutorial AOC did for Vogue magazine in which she explained how putting on makeup was both a radical and liberating act of self-expression as well as an oppressive instrument of the patriarchy. Her emotional account of the January 6 uprising, broadcast on Instagram Live, is described as "a political screed and personal catharsis unlike anything American politics had ever seen." Others have described it as grossly exaggerated, given how far away she was from the actual violence.

By far the most insightful contribution to the book is Andrew Rice's essay on AOC's most significant political accomplishment and perhaps the most meaningful thing she has ever done to affect the lives of her constituents. "Beating Bezos" departs from the book's hagiographic vibe by presenting a rather unflattering account of AOC's opposition to Amazon's efforts to open a second headquarters near her district in Queens. The response from local residents was one of "outrage," AOC wrote in November 2018, just days after winning her first general election. In fact, the Amazon headquarters—which would bring thousands of jobs and millions of dollars in community investment—was incredibly popular.

"Anything is possible," Ocasio-Cortez gloated on Twitter after Amazon pulled the plug on the Queens project. The company, and everyone else, blamed her for the outcome. Local leaders questioned her commitment to helping the poor and low-income residents who stood to benefit. About a year later, Amazon moved into Manhattan, bringing a fraction of the jobs promised for the Queens headquarters and none of the community investment. AOC continued to boast in Trumpian fashion, writing that she was "waiting on the haters to apologize after we were proven right on Amazon and saved the public billions"—referring to the tax incentives Amazon would have received for boosting the economy in her district. So confident, yet so ignorant.

"She doesn't know what poor, lower-income people need," said April Simpson, who ran the tenant's association of the Queensbridge housing projects, where residents were largely supportive of the Amazon headquarters. "I know she's not for the people because she's never come over here." The quotes are jarringly out of place in a book that is otherwise convinced that AOC is radically committed to improving the lives of working-class Americans. Mrs. Simpson must not have a Twitter account.