Sens. Kamala Harris (D., Calif.) and Elizabeth Warren (D., Mass.) are both losing the fundraising battles in their home states to Pete Buttigieg, the mayor of South Bend, Ind., according to a Free Beacon analysis of itemized second-quarter donations.

Harris, an Oakland native who was the state's attorney general prior to being elected U.S. senator, came out on top of a California poll for the first time this week, barely edging out former vice president Joe Biden, who was within the margin of error. But fundraising reports show Buttigieg has had more success extracting money from donors in the state. 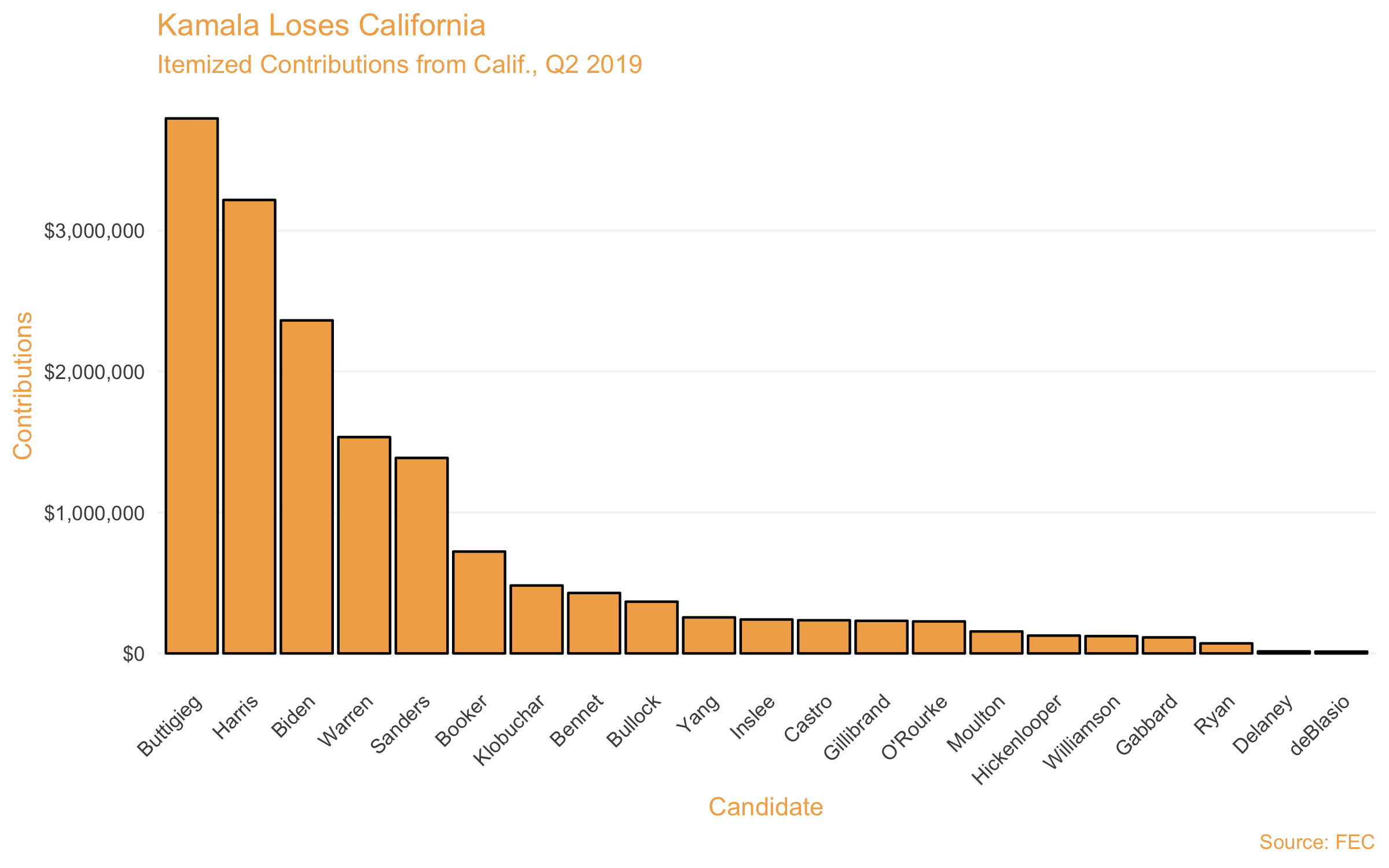 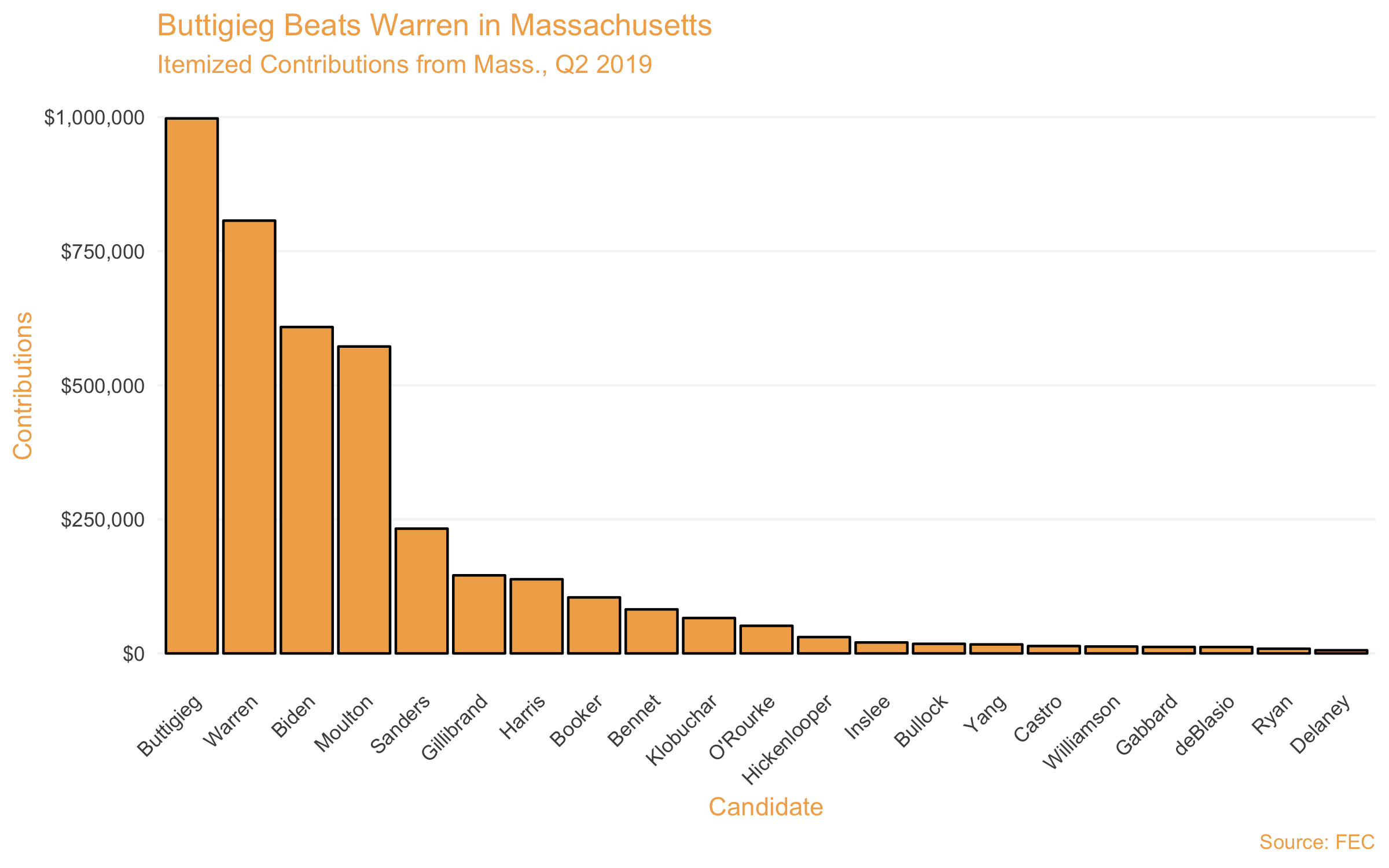 Other candidates in the race were more successful in their home states. Biden, for example, raised $296,640 in Delaware, more than 10 times the amount Buttigieg, the second-highest fundraiser in the state, was able to raise. Buttigieg led fundraising in Indiana and Sen. Bernie Sanders (D., Vt.) led fundraising in Vermont, both by wide margins.

Even candidates who failed to have successful fundraising quarters managed to win fundraising battles in their home states.

Neither Sen. Kirsten Gillibrand (D., N.Y.) nor New York City mayor Bill de Blasio were able to top fundraising in New York. De Blasio raised about $150,000 more in the state than Gillibrand did, but each were outpaced by numerous other candidates.