Hundreds of posters criticizing Hillary Clinton have begun cropping up in areas around New York City and Las Vegas, according to numerous photographs obtained by the Washington Free Beacon.

The ads depict Clinton’s face in black and white and are accompanied by numerous phrases critical of the presidential contender’s high-profile efforts to ban reporters and others from using certain words such as "secretive" and "ambitious" to describe Clinton. 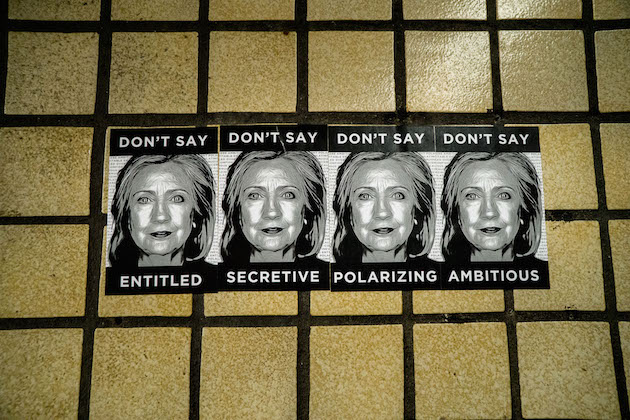 Hundreds of the ads have been spotted in the New York City subway, including areas around 30 Rockefeller Center, as well as around Brooklyn and the Port Authority area. 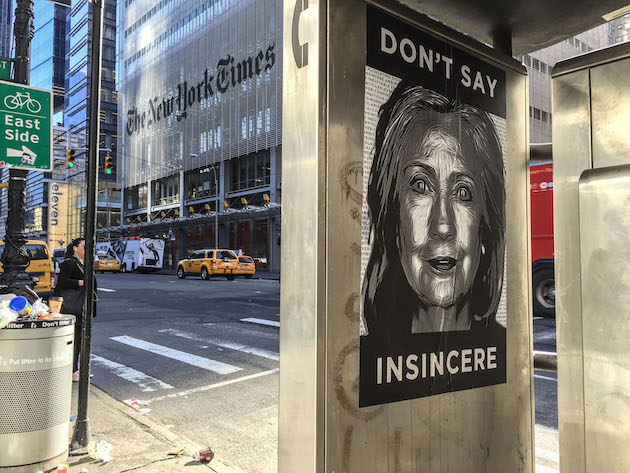 Similar posters have been seen in and around the Las Vegas strip, according to the photographs, which portray an ominous-looking Clinton with such phrases as, "Don’t Say Ambitious," "Don’t Say Secretive," and "Don’t Say Insincere." 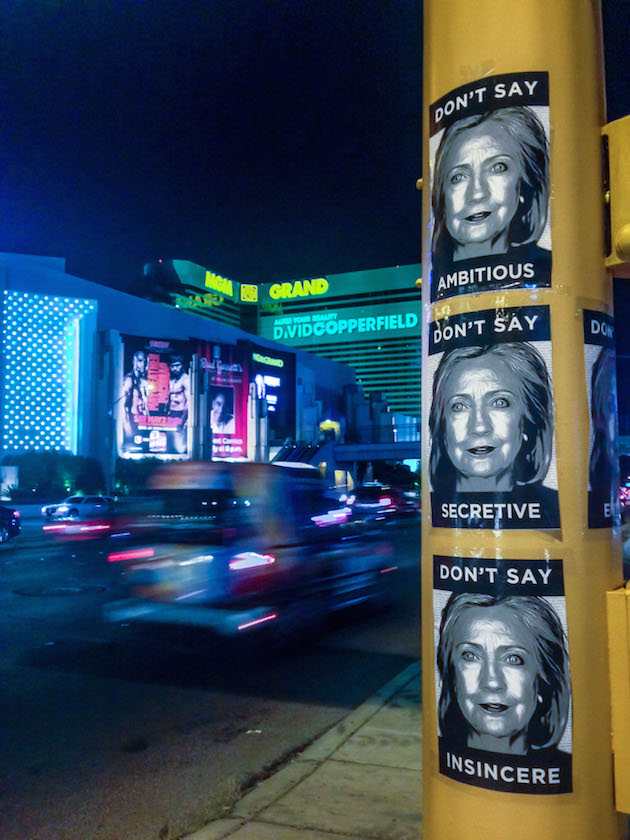 The guerilla anti-Clinton campaign appears to be capitalizing on popular criticism of efforts by Clinton supporters to bar reporters and media observers from using so-called "sexist code words" to describe the former secretary of state.

The group, Hillary Rodham Clinton Super Volunteers, has been warning reporters that they will be "watching, reading, listening, and protesting coded sexism," according to various reports.

Other verboten terms reportedly include, "inevitable," "will do anything to win," and "over confident," among others. 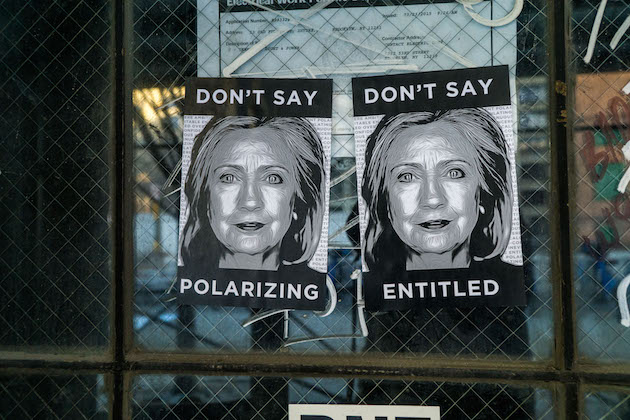