Aside from the $1.74 Martin O'Malley made playing his guitar, Hillary Clinton is the only Democratic candidate for president who is getting money from Wall Street—and for her, it has come in droves.

Bernie Sanders has said that while he will stay true to his pledge not to directly attack Clinton, he will continue to point out her ties to the financial industry.

"I am surprised that Hillary Clinton does not understand why so many people have strong concerns about her receiving many, many hundreds of thousands of dollars from Goldman Sachs and from many other financial," Sanders said .

Clinton's long relationship with the financial sector has given Sanders a lot to point out, and she continues to give him new ammunition. Just this week, she was criticized for spending her time raising money at an investment bank rather than spending it talking to voters in Iowa.

Attending fundraisers hosted by finance executives has become standard practice for Clinton, who had already raised $5.9 million from the securities and investment industry leading into the most recent fundraising quarter.

Here is a list of 31 fundraising events that have been put on or will be put on for the Clinton campaign by the financial industry since she started campaigning early last year: 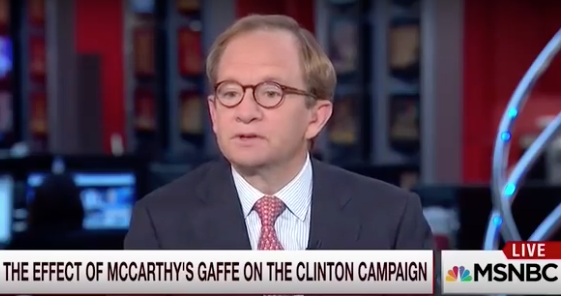 May 13, 2015 in New York, New York, hosted by Steve Rattner. Rattner is chairman of Willett Advisors, the investment arm of billionaire Michael Bloomberg’s personal and philanthropic assets. He previously worked at Morgan Stanley and founded his own investment firm, the Quadrangle Group.

May 13, 2015 in New York, New York, hosted by Marc Lasry. Lasry is president and CEO of Avenue Capital Group, an investment firm that focuses on distressed assets and private equity.

May 28, 2015 in Atlanta, Georgia, hosted by A.J. Johnson. Johnson is a founding partner of Georgetown Capital, a private equity firm.

June 5, 2015 in Greenwich, Connecticut, hosted by Malcolm Weiner. Weiner was chairman of investment management firms the Millburn Corporation and ShareInVest before he retired. 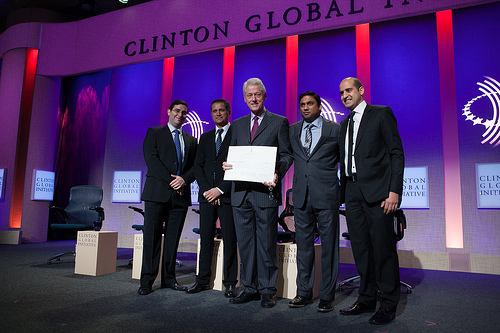 August 4, 2015 in Aspen, Colorado, hosted by Robert Hurst. Hurst is a managing director at Crestview Partners and a former vice chairman at Goldman Sachs.

September 17, 2015 in Chicago, Illinois, hosted by J.B. Pritzker. Pritzker is an heir to the Hyatt fortune and runs The Pritzker Group, a private equity and venture capital firm. 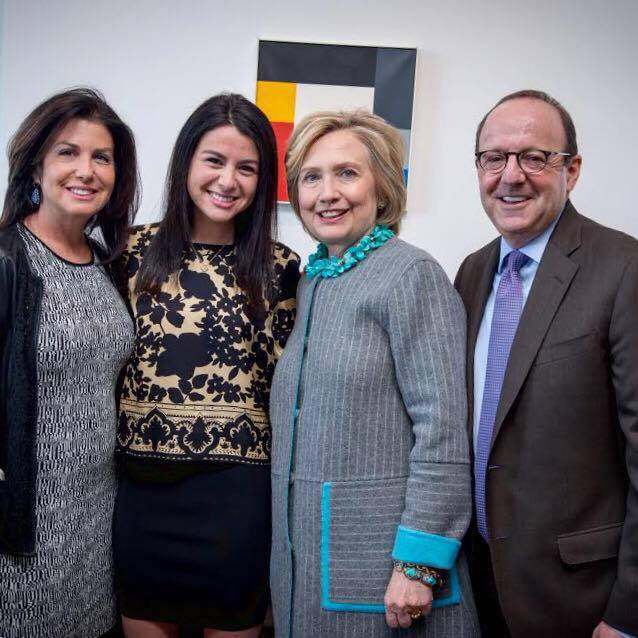 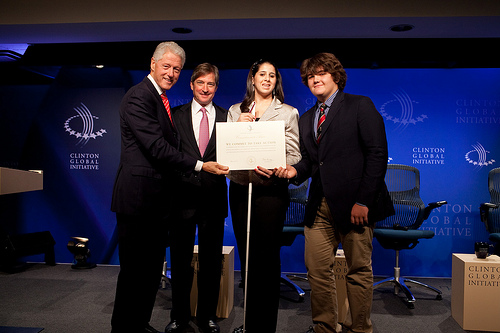 Jay Snyder with Bill Clinton at the CGI meeting in 2010 / openhandsinitiative.org

December 1, 2015 in Miami Beach, Florida, hosted by Bob Wagner. Wagner is an executive at Silver Point Capital, a hedge fund management firm. He was previously a managing director at Goldman Sachs.

December 6, 2015 in Washington, D.C., hosted by Julius Genachowski. Genachowski is managing director of Carlyle Investments, a wealth management company with over $193 billion in assets. He is also on the board of MasterCard and the founder of Rock Creek Ventures, a principal investment firm.

December 11, 2015 in Chicago, Illinois, hosted by Howard Gottleib. Gottlieb is a partner at Glen Eagle Partners and Glenwood Partners, both private investment firms. 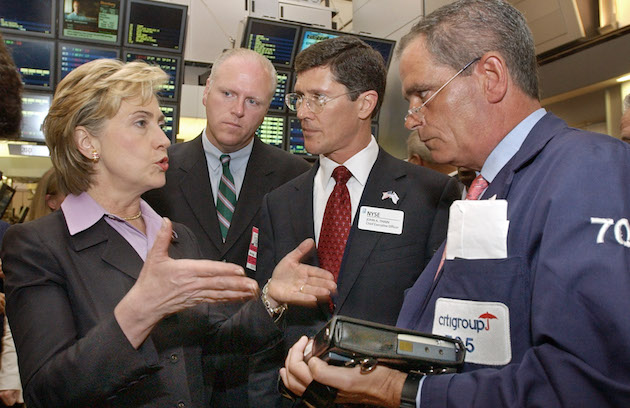 February 5, 2016 in Boston, Massachusetts, hosted by Jonathan Lavine. Lavine is a managing director of Bain Capital’s private equity sector. He is also founder and managing partner at Sankaty Advisors.