The report from the Office of Immigration Statistics captures a transition as the share of lone adults, particularly from Mexico, declined, replaced by children and adults traveling with them from the "northern triangle" countries of Guatemala, Honduras, and El Salvador. That change in turn has led to a dramatic decline in the number of individuals reported, as members of the latter group rely on more accommodative legal protections to remain in the country far longer than the former.

The report also shows that individuals who were not detained after apprehension are much more likely to still be in the country. That's a sign, acting deputy homeland security director Ken Cuccinelli wrote, that "catch and release" policies do not work.

That such policies, including an expansion of the use of "alternatives to detention," are top of the Biden immigration agenda augurs poorly for the incoming president. The challenges that changing migration patterns posed to the Obama and Trump administrations are unlikely to go away under Biden, teeing up yet another border crisis and ensuing political meltdown.

The report combines data from myriad sources to track the "lifecycle" of would-be entrants apprehended over the past five years at the southwestern border, providing information on the immigration status of some 3.5 million apprehensions. Its coverage bookends two major migrant crises: a surge of unaccompanied minors in 2014, and a much larger surge of both families and unaccompanied kids in late 2018 and early 2019.

These two crises are part of the changing face of migration. Whereas in the period of 2000 to 2004, 97 percent of all those apprehended were Mexicans—many of them lone adults seeking work—by 2019 that share had dropped to just 24 percent. By contrast, arrivals from the "northern triangle" countries rose from 44 percent of apprehensions in 2014 to 64 percent in 2019, amid the second crisis. Many of these individuals were children, often quite young, and adults traveling with them, claiming to be their family members.

Those demographic differences strongly determine what happens to an individual after he or she is apprehended. Single adults are quickly deported, with 78 percent of those apprehended over the preceding five years repatriated by Q2 2020. But family arrivals and children are not—just 32 percent of the latter, and only 11 percent of the former, had their cases resolved as of Q2 2020.

Such migration is likely to rise under Biden, who has promised to substantially reduce immigration enforcement and intends to pursue an amnesty, both of which could incentivize further arrivals. Data from U.S. Customs and Border Protection show that apprehensions at the border rose year-on-year in the immediate lead-up to and aftermath of Biden's election, which may indicate a rising tide of migrants eager to take advantage of a more lax immigration regime.

Those arrivals will enjoy the same preexisting immigration challenges that the Center for Immigration Studies' Andrew Arthur identified as driving the low number of deportations for families and children. "Loopholes" in federal immigration law incentivize the bringing of children from noncontiguous countries and delay almost indefinitely their immigration court process.

In particular, abuse of the asylum system, and of provisions which require the release from detention of minors and their guardians, results in large populations who arrive, are released, and never show up for subsequent immigration processing. According to the report, just 1 percent of those detained had unexecuted removal orders, while 55 percent of those released were still listed as unresolved.

The reason for this dynamic is not that those who arrive at the southwestern border have reasonable claims to be asylees: Just 14 percent of initial applicants are eventually granted asylum. Similarly, among those cases resolved, roughly 13.6 percent were granted some relief, while the rest were summarily deported.

In other words, the report indicates a large and persistent challenge to the U.S. immigration system, with an ever-growing pool of illegal entrants and an ever-expanding backlog of immigration court cases jamming up the process of legal immigration and the limited resources of DHS.

That dynamic is likely to continue, and even expand, under the Biden DHS. Biden's promised undoing of many of President Donald Trump's tougher enforcement tools, including the "Remain in Mexico" policy and the limitation of "reasonable fear" asylum claims, could exacerbate the inflow of people driven by the "loopholes" Arthur and Cuccinelli identify. So too could the deployment of "alternatives to detention," which Cuccinelli specifically singled out as problematic.

The Biden team, likely spooked by the surging apprehension numbers, has signaled that it will slow-roll the undoing of Trump's immigration agenda. But it has not promised any of the "targeted legislative fixes" endorsed by Cuccinelli in his letter, leaving in place the adverse incentives. That could lead to another humanitarian crisis at the southwestern border—a ticking time bomb Biden's team has evinced little interest in defusing. 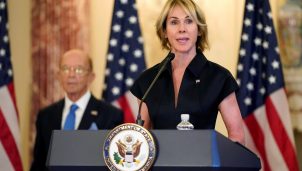 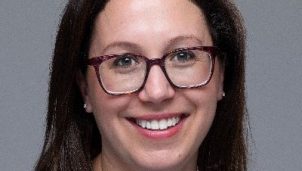 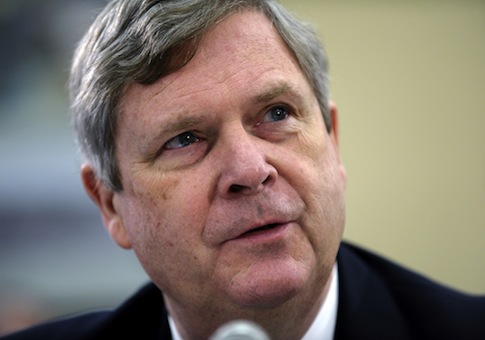 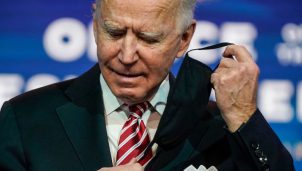 Big Tech Writes Its Ticket to the White House