Today is the five-year anniversary of one of the most flagrant (and, in retrospect, hilarious) acts of hubris in the history of American politics. On this day in 2016, a date that will live in infamy, then-candidate Hillary Clinton wished herself a happy birthday and preemptively declared victory over her challenger, Donald Trump.

"Happy birthday to this future president," Hillary wrote on Twitter, and posted a photo of herself as a child, eyes gleaming with ruthless ambition. The rest, as they say, is history. 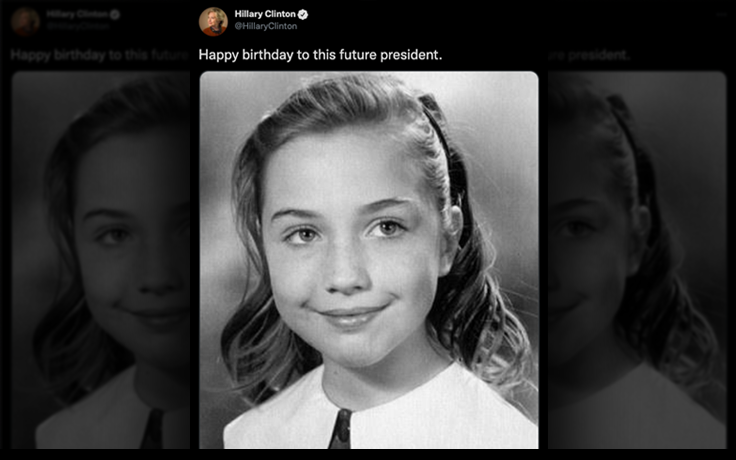 Days later, Hillary would make history as the first woman to lose a presidential election after being nominated by a major party. It was her second failed attempt, having previously lost to Barack Obama in the 2008 Democratic primary.

In December 2014, the Washington Free Beacon became the first (and perhaps only) media outlet to accurately predict that Hillary Clinton will never be president. Mainstream media pundits, who are profoundly out of touch with reality, were nearly unanimous in projecting a landslide victory for Hillary over Trump in 2016.

Despite her myriad failures as a politician and a human being, Hillary has vowed to stay "involved" and "never" stop playing the "game of politics." On her birthday in 2021, for example, she urged Virginians to vote for her "dear friend" Terry McAuliffe in the upcoming gubernatorial election.

It is yet another grim omen for McAuliffe, who has seen his comfortable lead over Republican Glenn Youngkin all but evaporate in recent weeks after suggesting parents shouldn't have a say in what their children are taught in school.