The United Nations and the Palestinians

The United Nations High Commissioner for Refugees (UNHCR) is the body that cares for all of the world's refugees except for the Palestinians. The UNHCR defines a "refugee" as someone who is driven from "the country of his nationality" by a well-founded fear of persecution. This definition imposes two important limitations on the category it creates. First, refugees do not transfer this status with their genes: any children born to them in exile are not considered refugees. Second, refugees lose their refugee status as soon as they are granted citizenship in a new country.

After the 1948 Arab-Israeli War, the United Nations established a new organization dedicated exclusively to the Palestinian refugees: the United Nations Relief and Works Agency (UNRWA). UNRWA defines a "Palestine refugee" as anyone who was displaced by the 1948 War plus the "descendants of Palestine refugee males, including legally adopted children." In other words, Palestinian refugees pass their refugee status to their children in perpetuity.

In addition, UNRWA continues to recognize a Palestinian refugee as such even if he or she has obtained citizenship in another country. For example, there are approximately two million Palestinian refugees currently living in Jordan. They are all counted as refugees even though over ninety percent of these individuals are full Jordanian citizens. 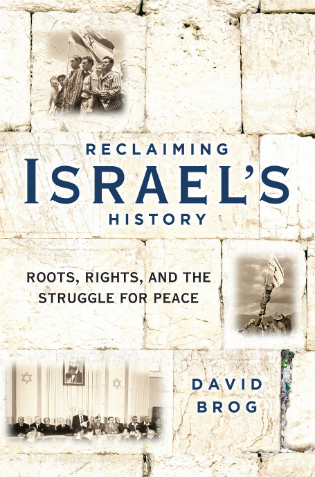 Our obsession with Israel is not caused by Palestinian statelessness or homelessness. There is nothing unique about Palestinian loss or suffering. Tragically, the world has done far worse to far more people to whom we pay far less attention.

What is truly unique about the Palestinians is not what they have suffered, but how they have responded to their suffering. The Palestinians are the only refugee population from the World War II era to remain frozen in time. They alone remain in camps. They alone have nurtured a culture in which the keys to houses that no longer exist are often more cherished than the lives of their children.

Most significantly, the Palestinians have consistently sought to address their grievances by resorting to terrorism—the intentional targeting of civilians with violence. Yasser Arafat did not invent terrorism in the 1970s. When the Palestine Liberation Organization (PLO) began hijacking Israel-bound planes and slaughtering Israeli schoolchildren, they were treading a well-worn path. The earliest expressions of Palestinian nationalism in the 1920s and 1930s involved the murder of Jewish civilians in Jerusalem, Jaffa, Safed, and Hebron.

A century of Palestinian terror has produced a perverse public relations payoff. Rather than blame the Palestinians for resorting to so violent a tactic, the world's morally challenged have concluded that a people so especially outraged must have been uniquely wronged. If so many Palestinians are willing to strap bombs to their bodies and blow themselves up, we're told, then Israel must be guilty of some truly terrible crimes.

But Palestinian terror is not a reflection of Israeli misdeeds. It is a mirror held up to the Palestinians themselves. The Palestinian choice to respond to their suffering with generation after generation of violence reveals far more about the true source of Palestinian pain than any excuse they might offer.

There is another reason for the world's special focus on the Palestinians. Israel's defenders are often too quick to invoke it, and Israel's critics are typically too fast to dismiss it. Yet as hatred of Israel grows out of all proportion to Israel's actual sins, it is increasingly difficult to deny the role that anti-Semitism plays in this obsession with the Jewish state.

Let's be clear. It is not anti-Semitic to criticize Israel. Israel often deserves to be criticized, and Israelis themselves are typically the ones leading the charge. But it is anti-Semitic to criticize only Israel. Those who ignore the sins of all other nations and are outraged only by Jewish sins—real or imagined—are doing exactly what all anti-Semites have done throughout history. They are singling out Jews for our common human failures. And, more often than not, they are exaggerating if not outright imagining the Jewish transgression.

While anti-Semitism may be fueled by blind hate, anti-Semites rarely recognize their motive. Anti-Semites never criticize Jews simply for being Jewish. They always criticize Jews for some alleged crime or offense. These sins are shared by all humanity, but the Jews are singled out for blame. Some Jews were capitalists—yes. But Europe's anti-Semites turned capitalism into a purely Jewish enterprise. Some Jews were communists—absolutely. But the Nazis turned communism into a uniquely Jewish conspiracy. Some Jews committed murder—of course. But the infamous "blood libel" turned every unsolved murder into a Jewish plot to obtain blood for their dark religious rituals.

Today, Israeli Jews are nationalists. They believe in building a nation state that preserves a special focus on one specific people and culture. The Jews did not invent nationalism. And in a world with hundreds of independent nation states—and hundreds more peoples seeking the same—they are certainly not the sole practitioners thereof. But they are somehow blamed for nationalism's sins every bit as much as they were blamed for those of capitalism and communism in decades past.

Today, Israeli Jews are counter-terrorists. Israel is on the front lines of a new type of asymmetrical warfare against terrorist organizations dedicated to murdering civilians on both sides of the conflict. Countries across the globe are now confronting this very difficult military and moral challenge. Yet Israel's Jews continue to suffer the lion's share of the blame for the casualties that such warfare inevitably produces.

Arab journalist Khaled Abu Toameh sums up the media's priorities with the phrase "no Jews, no news." What he means is that the media tends to ignore the death and suffering of Arabs unless there is some way to blame Israel for it. Yes, there are articles about the hundreds of thousands of Arabs being intentionally slaughtered by their fellow Arabs in Syria. But this coverage lacks the frequency, intensity, and outrage of the articles written when Israel accidentally kills Arabs—in exponentially smaller numbers—in its ongoing battle against Hamas and other terror organizations.

The answer to the question "why Israel" is often that Israel is the Jewish state. Recognizing this fact does not require one to excuse Israeli misdeeds or ignore Palestinian suffering. All it requires is an admission of the obvious.

How To Break the Cycle of Abuse