Somalian refugee turned activist Ayaan Hirsi Ali sees the ongoing conflict between Israel and Hamas in Gaza as a microcosm of a much larger global problem, and does not believe that a peaceful solution is possible as long as radical Islam continues to exist.

In an interview with Israel Hayom’s Yael Lerner, Hirsi Ali says that groups such as Hamas that subscribe to radical Islam cannot be negotiated with because they do not value life.

Hirsi Ali has experienced first-hand the terrors of life in parts of the world controlled by these groups. She was a victim of female genital mutilation at the age of five, and later escaped a forced marriage by obtaining asylum in the Netherlands.

She became a vocal activist for women’s rights in the Muslim world, and has lived with an Islamic bounty on her head for her 2004 film Submission which focused on the treatment of women under Islamic law. The director of the film was assassinated by an extremist Muslim.

Islam is no longer a religion of "peace and compassion" 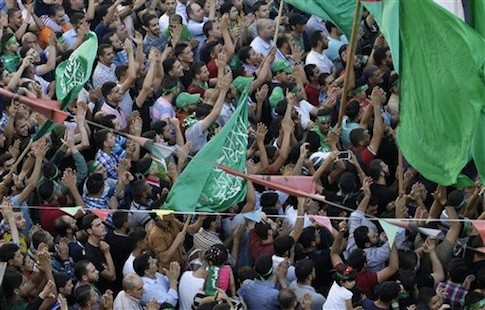 Hamas supporters shout slogans against the Israeli military action in Gaza, during a demonstration in the West Bank city of Nablus / AP

Hirsi Ali argues that the West treats radical Islam as though it is a "small group of very naughty boys" that hijacked what is still a "religion of peace" and a "religion of compassion," but that this is now far from the truth.

"This is called wishful thinking," says Hirsi Ali. "They say that Islam is a religion of peace and compassion, but that is what we want, that is what it should be, it’s not what it is."

Hirsi Ali learned Islam as a little girl from her grandmother and her mother, and says for them there was "no interest in politics, in government, in power," but it "was very spiritual."

"It was not a political movement seeking to transform the world in its own seventh century image," recalled Hirsi Ali.

Then she moved to Saudi Arabia and saw a new type of Islam, where police in the street "command right and forbid wrong." There was a "chop chop" square where "hands were cut off, people were flogged, people were stoned, people’s heads were cut off."

"That is the Islam of Hamas. Back in the 1970’s it seemed to me that it was a Saudi thing, but now it has become an international thing." 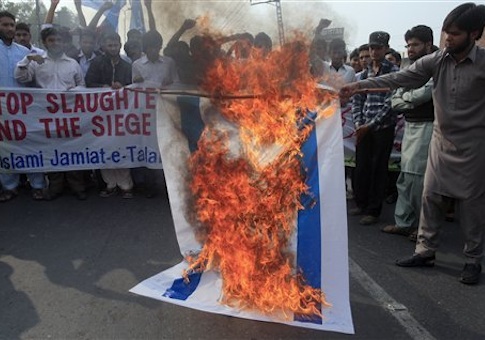 "You can negotiate with fellow human beings with whom you have some kind of common ground"—that is not the case with Hamas, according to Hirsi Ali.

She points to the Hamas recruiting slogan of "we love death, they love life" and their vision of a "utopia" where "the State of Israel must be completely destroyed," "Sharia law has to be established, ideally, all over the world," and women have to "be locked up."

Unless the West is willing to give in to their utopia, "it is pointless to go to the negotiations table" because of Hamas’ "philosophy on life and death."

"For somebody like John Kerry it is too much to understand," concludes Hirsi Ali.

To make her point, she compares Gaza to Spain, Italy, and Greece when they were poor following World War II.

"They built a network of tunnels, but these were tunnels built to connect the countryside to the cities or one country to another country, so there would be more trade, more contact. You look at Hamas and you think that they've worked so hard, spent so much money, spilled so much human blood and treasure on building these tunnels, but what is the objective? To destroy and to be destroyed. That is the philosophy of death."

Oil money has made Hamas "very strong and very intelligent" 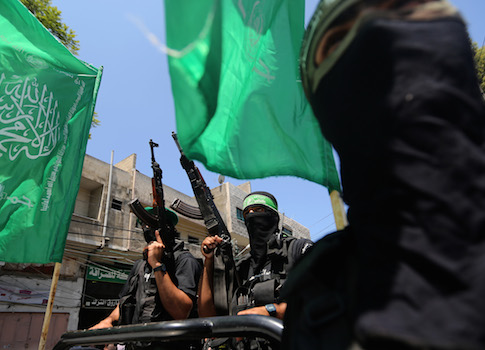 Hamas is far from a primitive group, though they are sometimes portrayed that way in the West.

"I watch Hamas television and I see that they are not primitive. They are very strong and very intelligent," says Hirsi Ali. Its advancement comes thanks to the wealth of oil money that is backing radical Islam.

"Back in the 1950s and 1960s and 1970s, people didn't know about the way Qatar funds Islamists. But now we are in the Google age," she said. "There's this big problem that is spreading across the world, with the help of oil money."

Largely due to a misunderstanding of the Hamas "philosophy on life and death," Westerners see Hamas as a stupid group.

"They are incredibly smart and incredibly Machiavellian," says Hirsi Ali. 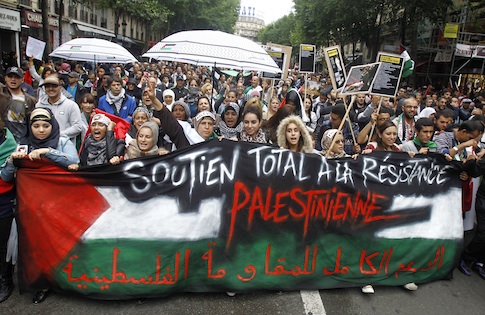 Thousands gather in Paris, France to protest against Israel / AP

Hirsi Ali believes that all the countries that are condemning Israel during the current conflict will be forced to eat their words when they find themselves in the same situation.

"It is so clear what is going to happen," says Hirsi Ali. "All these countries that are now condemning Israel will find themselves in exactly the same position as Israel."

As the Islamist population grows throughout Europe, countries will be forced to deal with Islamist violence.

"They will have young populations that are having many more children than they are, who are high on this doctrine of death," warns Hirsi Ali. "They will be faced with completely revamping their ideas and ideals."

Countries such as Belgium and the Netherlands, where Hirsi Ali served in parliament, already have "Shariah triangle" neighborhoods popping up in major cities.

She uses the example of second- and third-generation European citizens "volunteering to go and fight in Syria and Iraq and then come back with their citizen passports and cause mayhem." 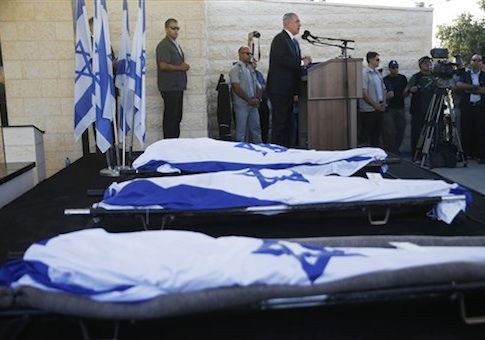 Hirsi Ali admires Israeli Prime Minister Benjamin Netanyahu and thinks that "in a fair world" he would be awarded the Nobel Peace Prize.

"He is under so much pressure, from so many sources, and yet he does what is best for the people of Israel, he does his duty," says Hirsi Ali.

Israel deals with radical Islam on its border, and does not have the option of treating it as anything other than what it really is.

"You are living in a hornets' nest. Israelis cannot pretend for too long, if you have tunnels being dug under you and rockets flying above you."

Hirsi Ali believes that President Barack Obama was awarded his Nobel Peace Prize before he even did anything.

"He got it before the performance, not after," Hirsi Ali said. "He doesn't have to play, he already received his Oscar."