Liberal Super PAC Priorities USA Action has begun positioning itself to be the principal fundraising group behind a Hillary Clinton presidential campaign in 2016, the Washington Post reports.

Strategists and donors to Priorities are also in discussions about how best to help Clinton should she decide to run again for president, three Democrats familiar with the talks said.

The emergence of Priorities as a pro-Clinton ally would introduce a heavyweight player into the rapidly intensifying effort by super PACs to shape the 2016 landscape.

The people familiar with the plans said Priorities is developing a different mission than Ready for Hillary, a group started earlier this year by ardent Clinton supporters and now backed by longtime Clinton associates. While Ready for Hillary is focused on grassroots organizing, Priorities is planning to become what one of the sources called "the big money vehicle" that would produce and air expensive television advertisements.

Best known for producing an ad that suggested Republican nominee Mitt Romney may have been responsible for a woman's death from cancer, the group raised tremendous amounts of money for President Obama's reelection in 2012.

Priorities is led by, among others, former Obama White House deputy press secretary Bill Burton, and advised by former Clinton adviser Paul Begala. Begala received more than $400,000 from the group for "consulting" during the 2012 election cycle, disclosures showed earlier this year. 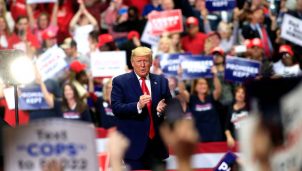