A group of left-wing Turkish activists attacked three U.S. Navy sailors while their vessel, the USS Ross, was docked in Istanbul.

Approximately 20 members of the Youth Union of Turkey (known by its Turkish acronym TGB) began harassing, punching, and throwing objects at the American sailors while chanting, "Yankee, go home!"

The TGB posted a video to its YouTube account on Wednesday, editing clips together to show the left-wing nationalist thugs placing bags over the sailors' heads and chasing them away.

"It is said that [the TGB] are left-wing anti-government sort of neo-nationalists," CNN correspondent Barbara Starr said. "Against the Turkish government, but also very much against the Western and U.S. presence in the Middle East."

None of the sailors were injured in the attack, but were understandably traumatized by the event. However, Starr said that the incident still raises some disturbing questions.

"How did they know these guys were military? Were these militants watching the pier?" Starr asked. "Did they watch young sailors come down the pier side off the Navy ship and were they able to identify them that way? How did they know that they were basically approaching U.S. military personnel? All of that under investigation."

The TGB is vehemently opposed to Turkish President Recep Tayyip Erdogan's Justice and Development Party (AKP) and bases its ideology in Kemalism–the guiding philosophy of secularism and reform espoused by the founder and first president of the Turkish Republic, Mustafa Kemal Ataturk.

While TGB's ideology is diametrically opposed to that of the Islamic State, there is mounting evidence that support for IS is growing in Turkey.

Although tensions between the Turkish left and right are growing, both sides remain committed to anti-Americanism.

This Week in Leftist Violence and Intimidation Vol. 3

This Week in Leftist Violence and Intimidation Vol. 2 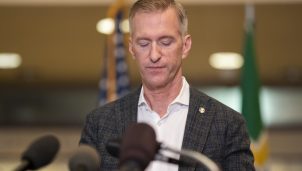 Portland Mayor to Move After Rioters Target His Condo Building 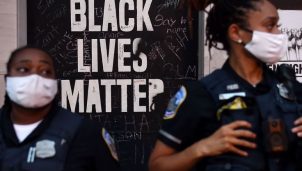