NBC News featured a pair of "undecided" voters during a network town hall earlier this week who had previously declared their support for Democratic nominee Joe Biden on the network's sister channel, MSNBC.

Lawyer Peter Gonzalez and marketing executive Ismael Llano posed questions to Biden during a town hall on Monday, when he appeared before what the network described as an "audience of undecided Florida voters."

Both Gonzalez and Llano, however, were featured in an MSNBC segment in August to explain why they support Biden. "If we get four more years of Trump, good luck, and good luck with the future attracting younger voters," Gonzalez said as an MSNBC chyron noted he was "voting for Biden." Llano was also identified as "voting for Biden" and offered praise for the former vice president.

On Monday, NBC's Lester Holt said that Llano "voted for Hillary Clinton four years ago but has voted Republican in the past." Gonzalez, whose voting history went unmentioned, asked Biden to ease his family's concerns that the Democrat is beholden to "the radical left."

"Cuban American and Venezuelan voters here in South Florida are being targeted with messages by the Trump campaign claiming that a vote for Joe Biden is a vote for the radical left and socialism, and even communism," Gonzalez said. "What can you tell people in my family, my friends—who are understandably concerned with that issue—that would make them feel comfortable voting for Joe Biden and Kamala Harris?"

It is not the first time that television networks have featured Trump opponents masquerading as undecided voters, who are difficult to find and often less publicly vocal about their political views. ABC News last month described several Trump critics as undecided voters, including one who had previously described Trump as a "f—ing moron," "pathetic," "pig," "swine," and a "punk ass" on social media.

Another "undecided" voter featured in NBC's town hall, Mateo Gomez, told MSNBC on Sept. 30 that he was leaning toward voting Biden over Trump after watching the first debate.

Others at the town hall have displayed a clear preference for Biden on social media. Michelle Cruz Marrero, described as a former Republican, did not appear to be undecided: Several of her Facebook "cover photos" are either pro-Biden or anti-Trump. 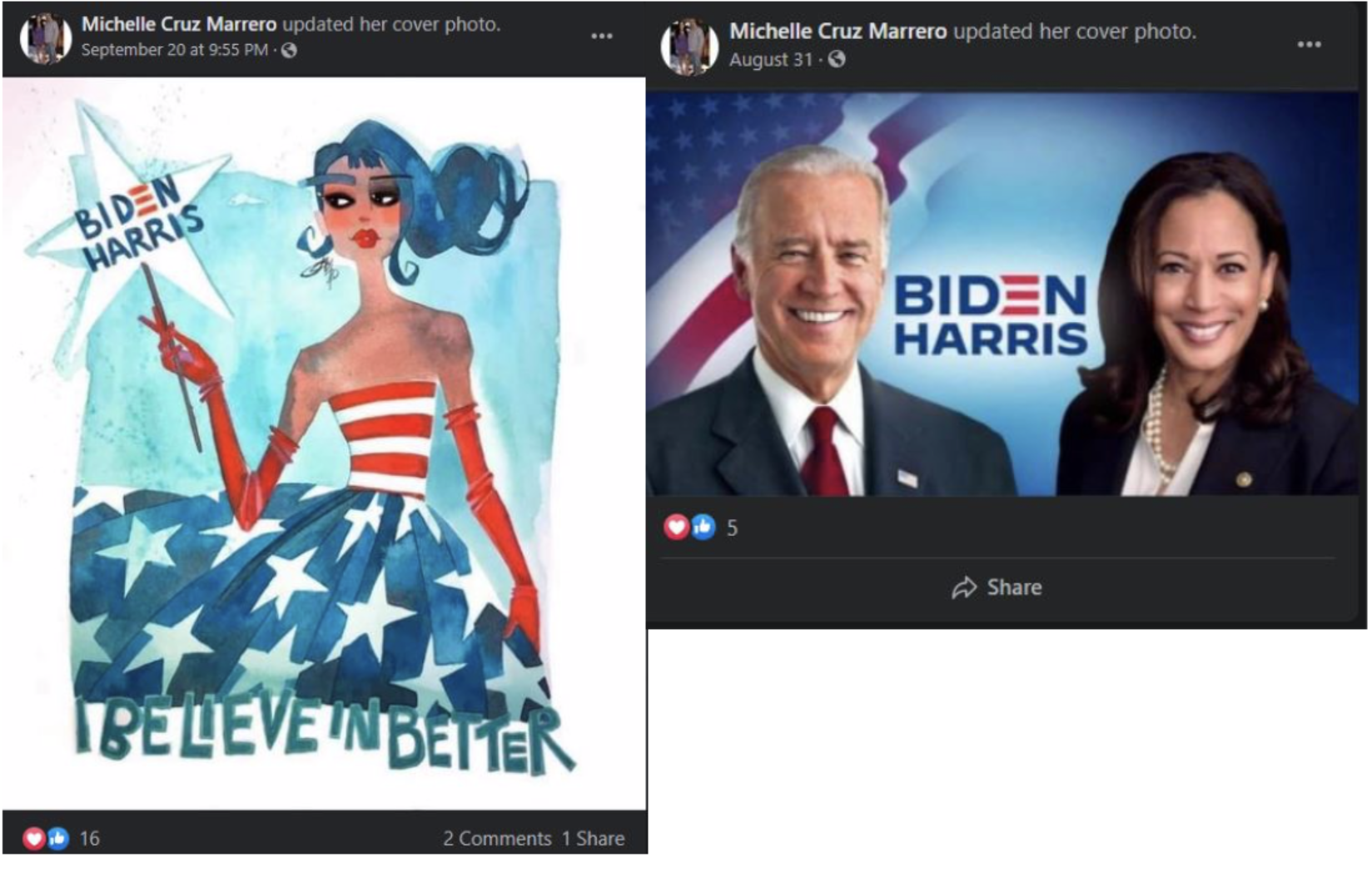 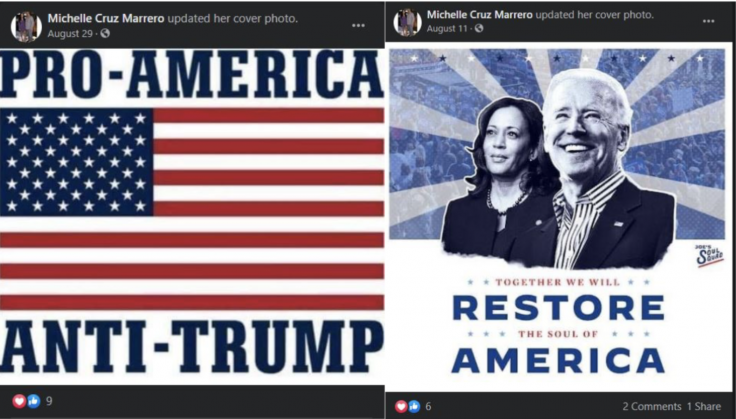 Another voter at the town hall, Cassidy Brown, asked Biden how she would protect "women's reproductive rights." Biden subsequently tweeted the exchange and pledged to codify Roe v. Wade. But Brown's social media use also suggests she is not an undecided voter. On Sept. 5, she retweeted an account—with a Biden-Harris logo for its avatar—that attacked Trump for allegedly making derogatory remarks about veterans. In 2017, she shared a HuffPost article on Facebook about Michelle Obama's criticism of women who voted against Hillary Clinton. 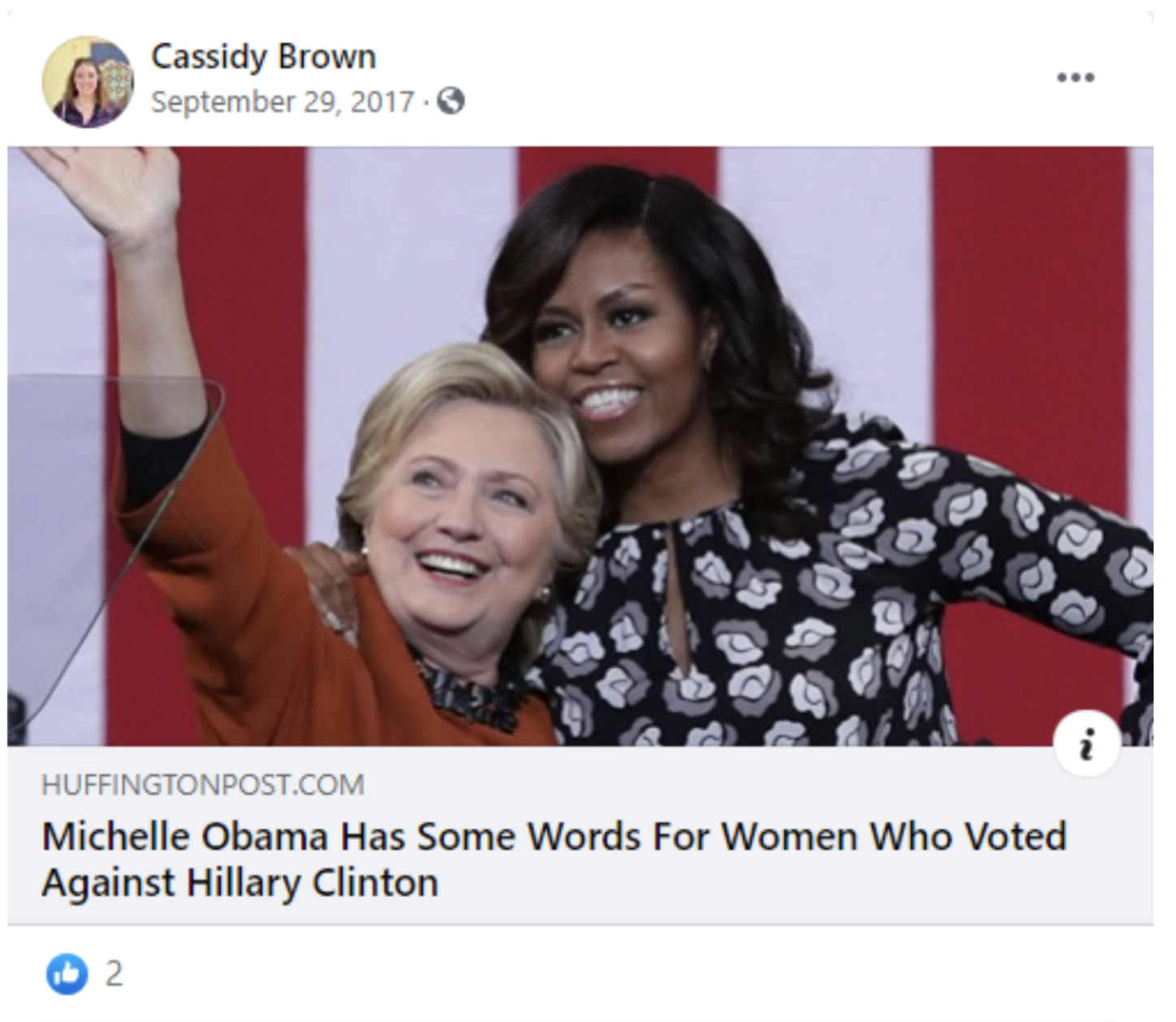 Brown also shared an Instagram post from her sister after the town hall, where she boasted Brown asked the "future president" an "incredible question" about reproductive rights. 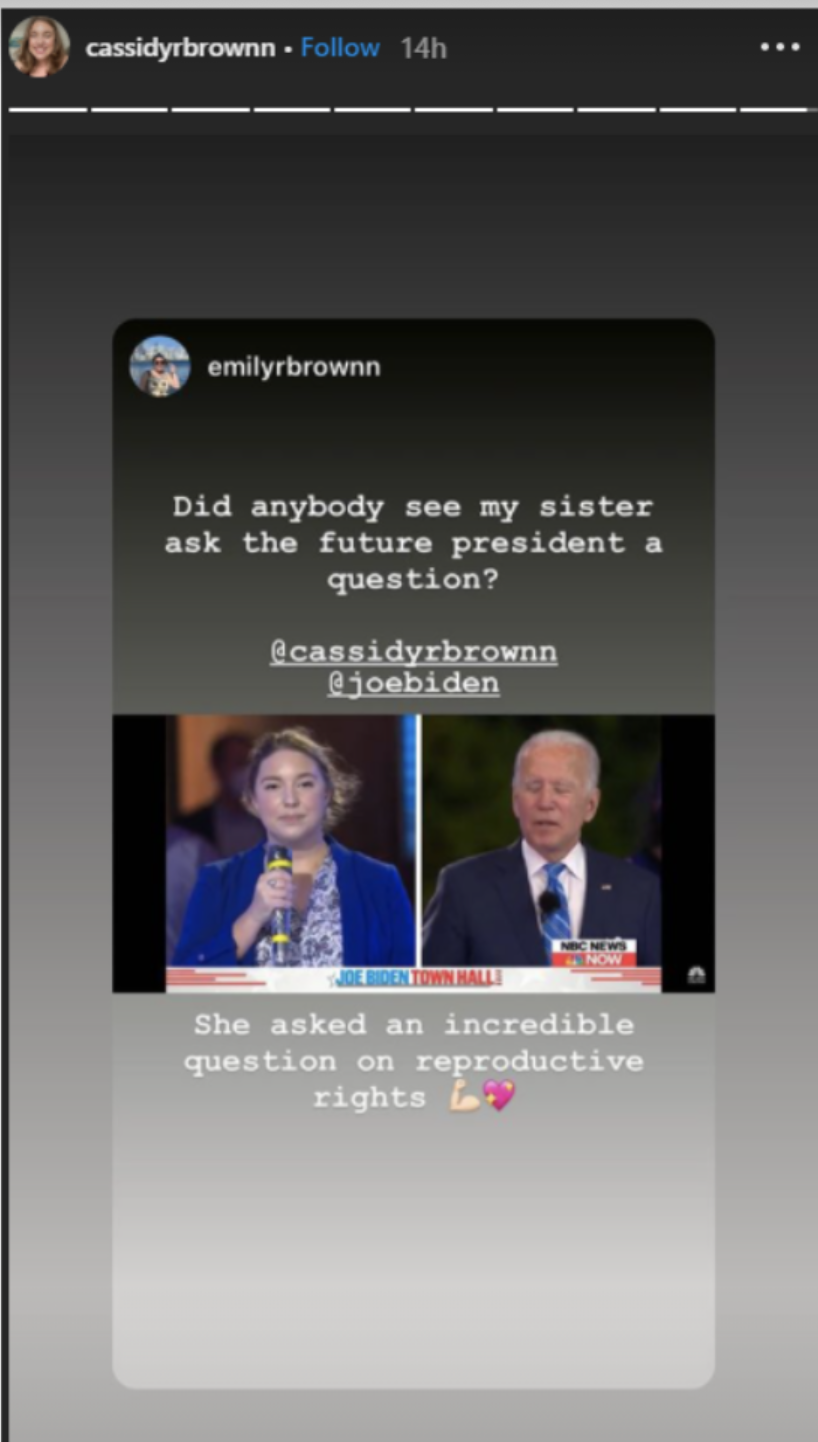