Unfortunately, the journalists are at it again. Media types touted the 2019 arrest of billionaire pedophile Jeffrey Epstein as a triumph of investigative reporting and now they're celebrating the rape conviction of Democratic megadonor Harvey Weinstein as a testament to the importance of professional journalism.

If you think journalism doesn't matter, take a gander at Harvey Weinstein today.

Ok, sure. The journalists who published stories about Epstein and Weinstein's prolific sexual predation deserve some credit. Diligent investigative reporting managed to expose details regarding deviant behavior that had persisted for decades as an open secret in elite circles. It even compelled action from law enforcement.

In both cases, however, journalistic firefighters arrived late to the scene after failing for years to heed warnings that a fire was raging. There's a reason Ronan Farrow's bombshell article on Weinstein's sexual predation was published in the New Yorker, and not NBC News, the network that employed Farrow at the time. Former NBC News producer Rich McHugh said orders to quash Farrow's reporting on Weinstein came from "the very highest levels of NBC," in what amounted to "a massive breach of journalistic integrity."

After Farrow's story was published in October 2017, journalist Rebecca Traister wrote that she had been "having conversations about Harvey Weinstein's history of sexual harassment for more than 17 years." The allegations took so long to surface, she argued, because "Harvey could spin—or suppress—anything; there were so many journalists on his payroll."

Former New York Times columnist Jim Rutenberg concurred in a piece on "Harvey Weinstein's media enablers." He said allegations against the Hollywood mogul "didn't surface until now because too many people in the intertwined news and entertainment industries had too much to gain from Mr. Weinstein for too long."

The Epstein saga is similarly marred by journalistic malpractice. Epstein's arrest in July 2019 on sex-trafficking charges inspired an unscripted rant from ABC News anchor Amy Robach. She complained that she "had this [Epstein] story for three years," but the network refused to air her interview with Epstein accuser Virginia Roberts. Robach said her efforts to air the interview were "to no avail" in part because ABC was concerned it would lose access to the British royal family if it reported on Roberts's allegations against Epstein pal Prince Andrew.

Epstein had been arrested before, in 2007, but negotiated a sweetheart deal with federal prosecutors. After serving a 13-month "sentence" in "jail," the convicted sex offender celebrated his freedom by hosting a dinner party with celebrity journos including Katie Couric, Charlie Rose, and George Stephanopoulos.

Epstein might be alive and free today if Donald Trump had not been elected president. The Miami Herald‘s investigation of the Epstein case, which ultimately prompted law enforcement officials to take action, began in January 2018, about a year after Trump nominated Alexander Acosta to serve as labor secretary. Acosta, when he was the U.S. attorney for the Southern District of Florida, signed off on Epstein's controversial plea agreement in 2007. Without a Trump angle, it's not clear whether Epstein's crimes would have received the coverage they deserved.

David Boies, the attorney representing some of Epstein's accusers, described his mostly futile efforts to generate press coverage prior to Epstein's 2019 arrest. "We would go to the media to try to explain what was going on," Boies told NPR. "With the exception, really, of the Miami Herald and the Daily Beast, prior to [Epstein's] arrest there was almost no substantive coverage."

Journalists aren't wrong to cite the Epstein and Weinstein sagas as evidence that journalism matters. But the whole story, and not just the ending, needs to be told. Enough with the victory laps. Get back to work. 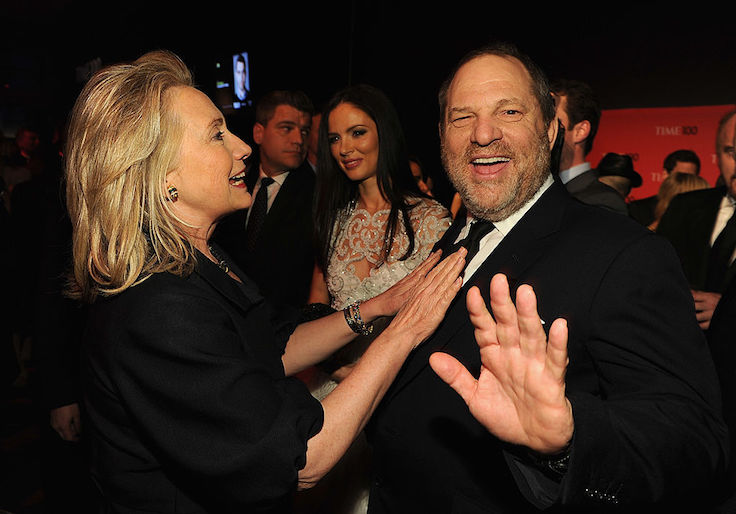