The Florida-based journalism non-profit Poynter Institute for Media Studies earlier this weekre tracted a list that designated many conservative news outlets as "unreliable." Created by an employee of the left-wing Southern Poverty Law Center, it blacklisted many sites, including the Washington Free Beacon, Daily Caller, Daily Signal, CNS News, and Breitbart, while including few liberal sites.

After widespread criticism, Poynter editor-in-chief Barbara Allen released an apology on Thursday, saying the letter did not reflect Poynter's view of journalistic standards. Allen wrote that, upon further investigation, Poynter found "weakness in the methodology" of the way in which the list was compiled.

"We began an audit to test the accuracy and veracity of the list, and while we feel that many of the sites did have a track record of publishing unreliable information, our review found weaknesses in the methodology," she wrote. "We detected inconsistencies between the findings of the original databases that were the sources for the list and our own rendering of the final report."

Allen also apologized for not making sure that the list had been compiled with more "rigorous" data.

"The list was intended to be a starting place for readers and journalists to learn more about the veracity of websites that purported to offer news; it was not intended to be definitive or all encompassing," she wrote. "We regret that we failed to ensure that the data was rigorous before publication, and apologize for the  confusion and agitation caused by its publication. We pledge to continue to hold ourselves to the highest standards."

The list had noted that it trimmed its "blacklist" to 515 news sites "by removing several sites whose stories, though highly politicized, were mostly not fake: alternet.org, cato.org, heritage.org, nationalreview.com, thedailybeast.com, the intercept.com, thinkprogress.org, and weeklystandard.com."

Many of these sites are liberal sites or are not news sites at all in the case of heritage.org, the homepage of the think tank the Heritage Foundation. The Weekly Standard closed in December of last year.

The SPLC has been deemed unreliable by many sources, and was removed from Twitter's Trust and Safety Council, after facing multiple accusations of internal racism. 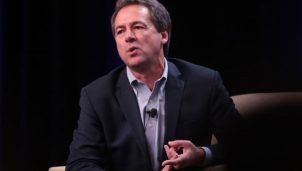