On Thursday, Cooper vetoed the bipartisan Born Alive Abortion Survivors Act passed by both chambers of the Republican-controlled state General Assembly. He called the legislation an "unnecessary interference between doctors and their patients" in a release announcing the veto.

"This needless legislation would criminalize doctors and other health care providers for a practice that simply does not exist," he said.

Cooper's response to the bill contrasts from the statements of Virginia Democratic governor Ralph Northam, who told a radio station that care can be withheld without the consent of the mother. Northam defended a late-term abortion bill—which was eventually blocked Republican lawmakers—by citing his career as a doctor.

Bill supporters said Cooper's veto reflected "a radical abortion agenda." House Speaker Tim Moore emphasized that the newborn protections should be separated from the abortion debate because it applies to children outside the womb. Cooper's veto was tantamount to endorsing infanticide, he added.

"Caring for a living, breathing, newborn infant is too restrictive for Governor Cooper's radical abortion agenda," Moore said in a joint statement with others bill sponsors. "We thought Democrats would agree that children born alive should be separate from the abortion debate, but it's clear that they want the ‘right to choose' to even extend past birth. This is a sad day for North Carolina."

Four House Democrats and two Senate Democrats joined North Carolina Republicans in passing the bill, while seven GOP lawmakers either abstained or were absent from the vote. The vote totals reflected the partisan split in similar legislation at the federal level. Every Democratic presidential candidate in the U.S. Senate voted to block newborn protections at the federal level, while the Democrat-controlled House has prevented a floor vote from taking place on similar legislation. Republican House leaders have managed to get three Democrats to support a petition to force a vote, but are still short of the 218 signatures necessary to succeed.

Pro-life groups criticized Cooper's veto and pledged to campaign lawmakers to overturn it. Tami Fitzgerald, executive director of the NC Values Coalition, said the governor misread his constituents by "choosing to support infanticide standing side-by-side with New York Governor [Andrew] Cuomo and Virginia Governor Ralph Northam." Cuomo sparked controversy when he signed a bill guaranteeing abortion up until the point of birth in January.

"Roy Cooper didn't just veto a bill, he vetoed babies—babies who are innocently born alive as the result of a botched abortion," she said in a release. "Our coalition of pro-life advocates will gather our supporters in Raleigh and encourage the General Assembly to override this murderous action."

Pro-life activists have also pledged to make the issue a centerpiece of Cooper's 2020 re-election campaign. The Democrat narrowly prevailed in the 2016 election. Marjorie Dannenfelser, president of the pro-life Susan B. Anthony List, said the veto demonstrates that Cooper is not the moderate he portrayed himself to be on the campaign trail.

"North Carolina citizens are appalled by the extreme agenda on display in New York, Virginia, and several other states, as well as by Democratic Party leaders in Congress who have repeatedly blocked compassionate, popular legislation to protect vulnerable babies who survive abortions," she said in a statement. "It is no wonder state lawmakers, took decisive action of their own. Governor Cooper is radically out of step with North Carolinians and his record will be a liability with voters in 2020."

Jeanne Mancini, president of March for Life, said the bill was about establishing equal rights for all infants, ensuring that doctors treated an abortion "the same as any other newborn patient."

"This really isn’t about the politics of abortion at all. It is about basic human dignity and compassion, which should be extended especially to the most vulnerable among us," Mancini said in an email. "To have voted against this limited measure, and worse to have vetoed it, is disgraceful."

Overcoming the veto could prove an uphill battle in the Assembly, which passed it 65-46, seven votes short of the 72 members needed. Four Republicans were absent or abstained, meaning they will have to woo at least three "No" votes to succeed. It passed the Senate with 47 votes—well beyond the 30-votes needed to override. 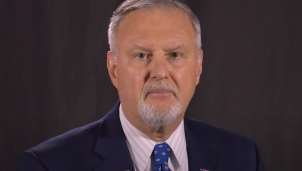 Despite Georgia Victories, Congressional Democrats Have Limited Options on Abortion