The health insurance exchanges, Obamacare’s centerpiece, are scheduled to open on Tuesday, Oct. 1, but the rollout will be far from perfect. Computer glitches and lagging preparation will cause exchanges across the country to delay certain parts for a few weeks or longer.

Here are the top five glitches the Obama administration and states are facing before next week. 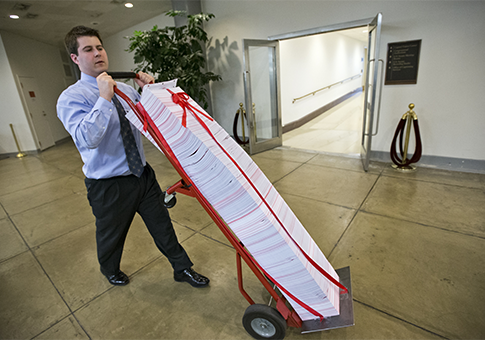 The Small Business Health Options Program, or SHOP, Exchange is meant to offer small businesses with 50 or fewer full-time employees the ability to buy health insurance on an exchange similar to the one offered to individuals. Some businesses may also qualify for a tax credit to help them buy the insurance.

Small businesses will still be able to enroll on Oct. 1 through the phone, fax, or mail, the Washington Post reported Friday.

The SHOP Exchange delay is only the latest in a series of unilateral delays by the Obama administration. 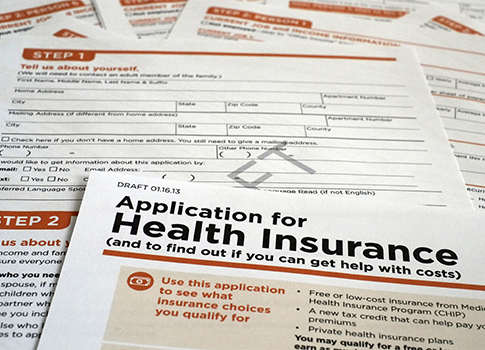 The District of Columbia announced on Wednesday that it will not be able initially to calculate whether those applying for health insurance are eligible for either Medicaid or supplemental tax credits. The announcement cited "a high error rate discovered through extensive systems testing."

People who are eligible to receive Medicaid, the federal government’s health insurance program for the poor, are not allowed to enroll in private insurance through the exchanges. The tax credits are meant to make private insurance affordable to lower-income people and families.

"People seeking Medicaid coverage or tax credits will be able to use D.C. Health Link to create an account and submit an online application," the announcement said. "Their initial eligibility determination will be completed off-line by experts."

"We are using a ‘work around’ approach until the on-line eligibility function is ready by Nov. 1," Richard Sorian, a spokesman for the D.C. exchange, said in an email to the Washington Free Beacon. The exchange will calculate the advance tax credits in early November.

Sorian downplayed the ultimate effect of the delay.

"Remember that for non-Medicaid folks benefits won’t begin until Jan. 1, 2014, and they have until Dec. 15 to complete the enrollment process," Sorian said. "So no delays [sic] is the bottom line." 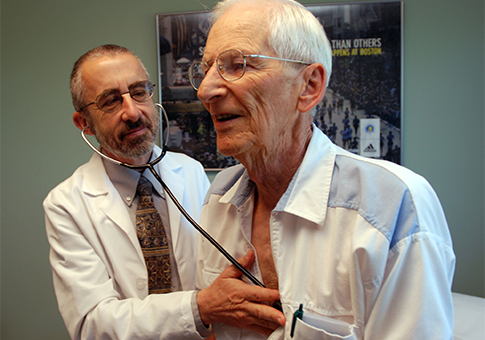 Colorado’s insurance exchange is running into a similar problem as D.C.’s, as it’s online system will be unable to calculate or provide an advance tax credit, the exchange announced on Wednesday. The advance credit is necessary to bring down the price of the monthly premium.

The announcement says Coloradans will be able to apply for a tax credit on their 2014 tax return, which will be due April 15, 2015. If applicants want the credit advanced before then, they will have to call a customer service center.

Additionally, the online system will not be able to calculate applicants’ eligibility for Medicaid. As a result, to apply for a tax credit people will first have to apply for Medicaid—and then be denied, according to the announcement.

The online system could be up in a few weeks, Reuters reported. An exchange spokesman said the state simply did not have enough time to test the system. 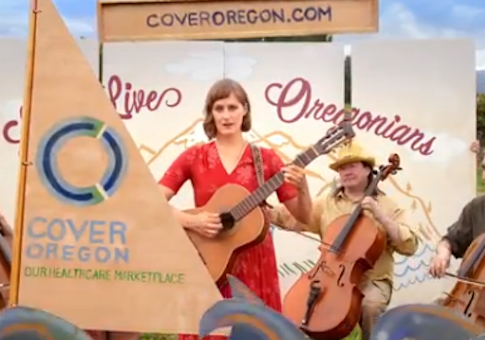 "Community partners and agents" will be the only ones who will be able to access the enrollment system "portal," which will connect to the controversial federal "data hub" to access people’s personal information, during the first few weeks, according to the announcement. Oregonians will be able to sign up themselves online later in October.

Oregon’s announcement also downplayed the ultimate effect of the soft-launch.

"Coverage does not begin until Jan. 1, so consumers have plenty of time to go through the application and shopping process," the announcement said. 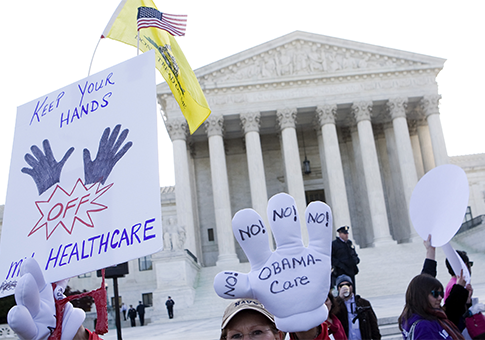 The law has always been viewed more unfavorably than favorably, according to the Real Clear Politics poll average. However, the popularity of the law has taken a plunge in the last few weeks.

Conservatives have capitalized on the law’s deep unpopularity, with conservative groups like Heritage Action holding rallies against the law and supporting efforts by some senators to defund the law.

The administration and states have mounted their own public relations campaign. States have launched television advertisement campaigns and other outreach efforts, and the federal government has deployed President Barack Obama and other administration officials to pitch the law.

A string of bad news in recent months—some states announcing higher insurance premiums, companies dropping coverage for their employees and their spouses, and concerns by some top lawmakers about the law’s security, have not helped ease Americans’ doubts about the law.

"People are nervous about what is going to happen to their health care," said Sally Pipes, a health care expert at the Pacific Research Institute.

"They see the government is getting more and more involved in it, and I don’t think they like it," Pipes said.