The number of drug overdose deaths fell slightly in 2018, preliminary data released Wednesday indicate, causing government officials to claim that they are "beginning to win the fight against this crisis."

But a closer look at the underlying data reveals that much of that success stems from ongoing efforts to reduce the prescription opioid supply, as well as a decline in the heroin supply. Rates of death associated with methamphetamine, cocaine, and fentanyl, meanwhile, continued their climb mostly unabated: a fact that indicates the drug crisis is not abating, just changing its shape. 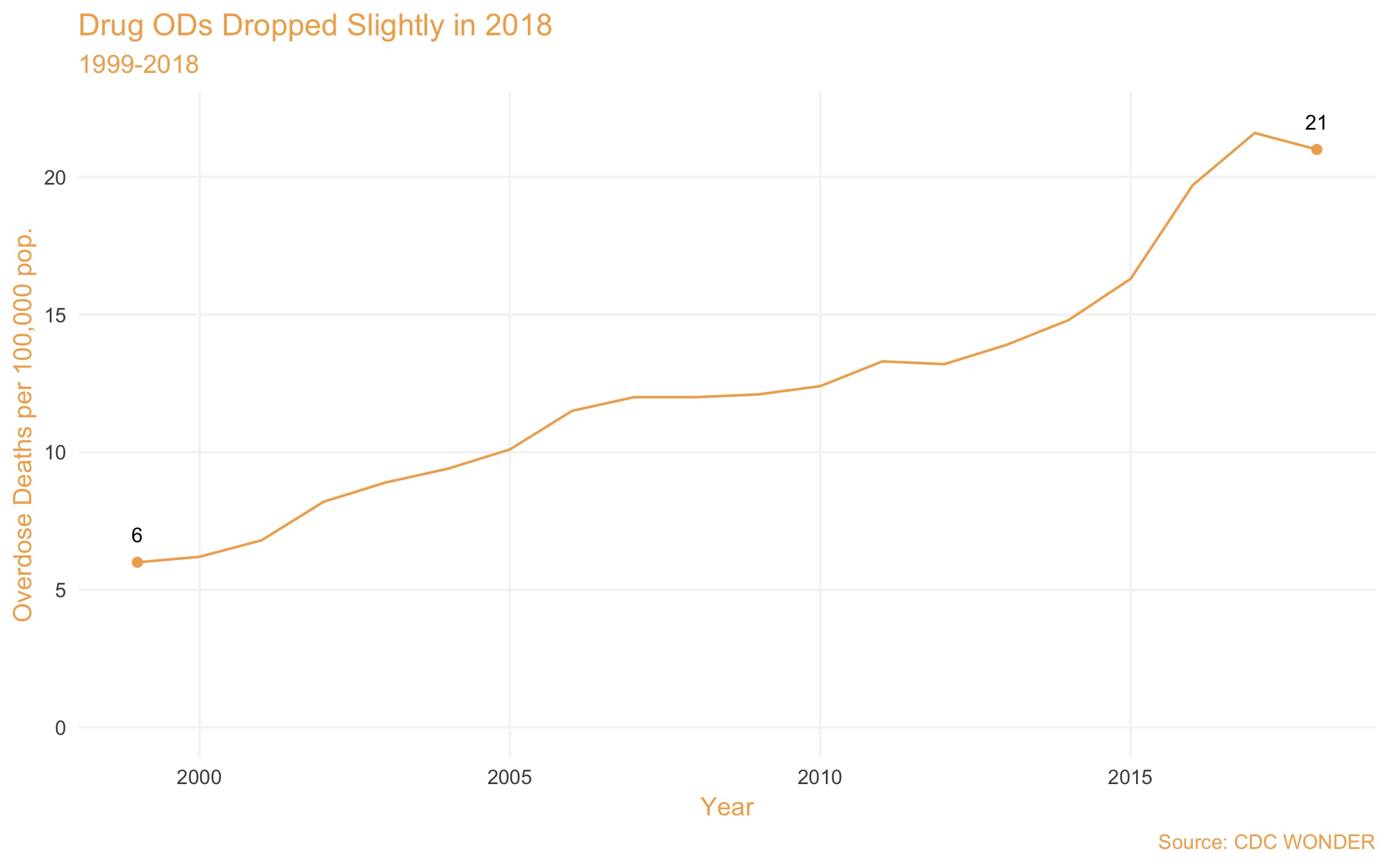 In a Wednesday press release, U.S. Secretary of Health and Human Services Alex Azar heralded the decline as a major success for the Trump administration.

"The latest provisional data on overdose deaths show that America's united efforts to curb opioid use disorder and addiction are working. Lives are being saved, and we're beginning to win the fight against this crisis," Azar said. "Under President Trump's leadership, and thanks to efforts on the ground by communities across America, the number of patients receiving medication assisted treatment has risen, distribution of overdose-reversing drugs is up, and nationwide opioid prescriptions are down."

Azar's description is largely accurate. Policy moves by the Obama and Trump administrations to control the supply of prescription pills have driven down opioid prescribing since 2012. And the availability of medication-assisted treatments like buprenorphine and methadone and of the overdose-reversing drug naloxone are both linked to fewer opioid overdose deaths.

But Azar's optimism belies the underlying trends, which show that while prescription opioid and heroin deaths have fallen, deaths associated with fentanyl, cocaine, and methamphetamine have all risen. 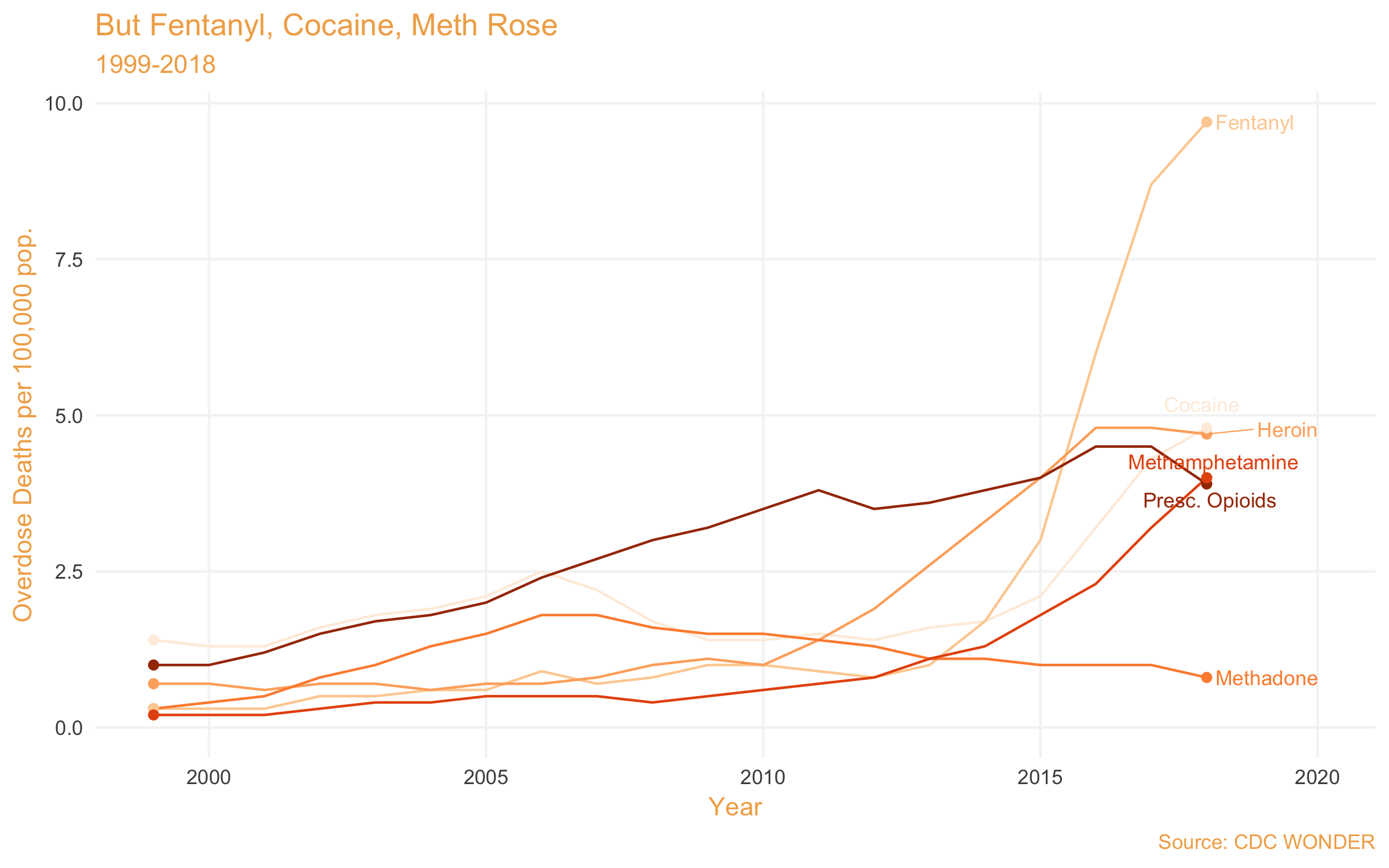 Indeed, fentanyl overdose deaths have continued to climb unabated. Essentially unheard of as recently as 2012—when it killed roughly 2,000 people—fentanyl remains the leading cause of drug overdose deaths, with totals increasing sixteen-fold from 2012 to 2018.

Then there is cocaine and methamphetamine, which, respectively, killed more people in 2018 than heroin and prescription opioids. Both increases are a product of supply changes: Meth is now produced in bulk in Mexico and smuggled over the porous southwestern border, while destabilization in Latin America, especially Venezuela, has bolstered cocaine importation to unprecedented levels. Cocaine is also increasingly adulterated with fentanyl. Unlike opioids, there is no chemical treatment for meth and cocaine overdose: Only concerted interdiction effort, especially on the border, can turn the tide.

In light of this, optimism about the new drug figures is likely misplaced. A slight decrease still puts 2018 as the second deadliest year for drugs on record. If the CDC's projections hold, policymakers may need to grapple with the reality that roughly 70,000 deaths per year is simply the new normal.