Injunction will prevent vouchers from being awarded in 2014

The Justice Department is attempting to block parents from defending the Louisiana school voucher program in court, according to a brief filed Tuesday.

Four families filed last month to intervene in the DOJ’s lawsuit against the Louisiana Scholarship Program, which grants vouchers to students so they can flee failing schools rated C, D, or F.

The DOJ is seeking a permanent injunction against the school choice program, which would block access to vouchers beginning in 2014 unless a federal judge approves them. The lawsuit claims the vouchers are "impeding desegregation" because some recipients were in the racial minority at their failing school. Vouchers are awarded randomly by lottery.

The DOJ said in a motion filed Tuesday that parents whose kids have benefited from the program have no legal standing to become defendants in the case.

"The Obama administration wants to deny a voice to the very people who will be harmed by this ridiculous lawsuit," Jindal said in a statement. "In an offensively worded motion, the U.S. Department of Justice is trying to muzzle parents who simply want to express an opinion about why their children should have the opportunity to escape failing schools."

Among the parents petitioning to join Louisiana as defendants against the DOJ is Mitzi Dillon, who said in a statement with the Louisiana Federation for Children that her kids would be heartbroken if they had to return to their former school.

"The Louisiana Scholarship Program helps my two children, Taylor and Titus, escape their failing schools, so it’s befuddling that the federal government would use a desegregation law to send my kids back to a failing school," Dillon, who lives in St. Tammany Parish, said. "Most of all, this will break my kids’ hearts."

The Goldwater Institute and the Black Alliance for Educational Options (BAEO) are representing the parents in the case. A federal judge will decide if they can intervene on Nov. 22.

"What they're doing—it's working," Lakisha Fuselier, whose son Albert participates in the program said in the Louisiana Federation for Children statement.

"[The scholarship program] has been good for Albert," she said. "The teacher is more patient and more focused on him. He feels confident and more comfortable around his teachers now."

The DOJ said in the brief filed on Tuesday that the parents’ interest in the lawsuit is "remote." The DOJ reiterated its claim that they merely seek information from Louisiana on how they run the program and are not interested in blocking it.

"The United States is not seeking to end the program or to take vouchers away from particular students," the DOJ said. "Instead, the motion simply asks this court to create a process to ensure that the state provides necessary information and complies with its desegregation obligations as it implements the Program."

"The motion does not address, and will not dictate the outcome of, any particular voucher award," it added. "As a result, applicants’ asserted interest in future receipt of a voucher is too remote to warrant intervention at this time."

However, the DOJ’s request for a permanent injunction against the program still stands. It would prevent new vouchers from being awarded in 2014.

The American Federation for Children (AFC), a nonprofit school choice organization, estimates that the DOJ lawsuit would prevent 1,000 vouchers next year, which primarily go to low-income and minority students.

"The Department of Justice is trying to kick these kids out of the school of their parents’ choice and now they’re trying to keep parents from fighting for their kids in the courtroom," said Kevin P. Chavous, executive counsel to the AFC, in a Wednesday press release.

"If DOJ doesn’t want these kids to have their day in court, then I challenge Attorney General Eric Holder to visit Louisiana, tour the schools, meet the families, and hear from the children," he said. "It is their education that is at risk, and it is their rights that DOJ is trampling."

"The Obama administration is attempting to tell parents to sit down and shut up," Jindal said. "It’s never going to happen.

"Despite whatever evolving legal argument the Obama administration comes up with, the voices of thousands of parents will not be silenced," he said. 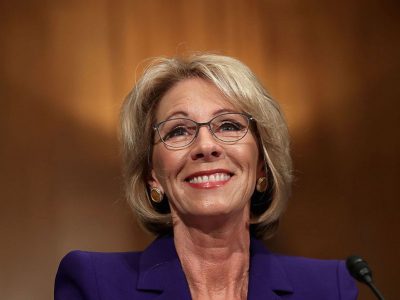 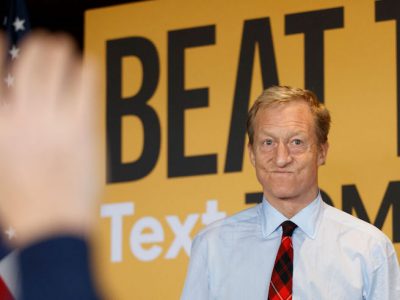 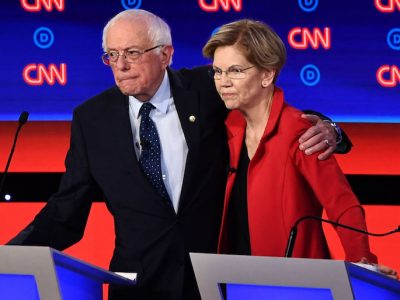 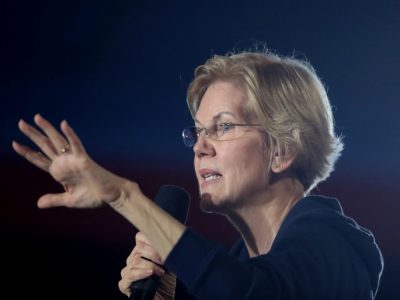