Lawyer made millions off of fraudulent disability claims

A Kentucky lawyer made millions off Social Security disability programs, devising a scheme with a judge to approve fraudulent claims at an "assembly-line" rate.

A two-year investigation led by Sen. Tom Coburn (R., Okla.), ranking member on the Senate Homeland Security and Governmental Affairs Committee, revealed a case of coordinated fraud responsible for the approval of billions in claims.

Eric Christopher Conn, known as "Mr. Social Security," made $4.5 million in attorney fees from the Social Security Administration (SSA), gaming the system with discredited doctors signing off on medical conditions and working with a judge to expedite the claims process.

According to the report, Conn provided a list of clients every month to be approved for disability benefits by Judge Daugherty. Daugherty would advise Conn which clients needed medical evidence to qualify, which was then given by doctors who in many cases had lost their license to practice.

"By 2011, Mr. Conn and Judge Daugherty had collaborated on a scheme that enabled the judge to approve, in assembly-line fashion, hundreds of clients for disability benefits using manufactured medical evidence," the report said.

Daugherty awarded a total of disability benefits to 8,413 individuals, during that time period, worth an estimated $2.5 billion.

Daugherty made regular cash deposits into his bank accounts totaling $96,000, from 2003 to 2011, when he was put on administrative leave and then retired. Daugherty refused to tell the committee where the cash came from.

Though working out of Stanville, Ky., a town with a population of 500, Conn was able to attract thousands of clients with an aggressive advertising campaign. Conn used billboards, television and radio ads, and hired girls known as "Conn’s Hotties" to advertise his firm at local events.

"This report highlights the very problems Congress needs to focus on but too often ignores," said Coburn. "In just two years, the Social Security Disability Trust Fund could be depleted. That means millions of disabled Americans will face benefit cuts while every American could see an increase in their payroll taxes. That is unacceptable."

Coburn said the report shows how "well-healed and well-connected lawyers, doctors, and judges have gamed the system for their own benefit."

The investigation also faulted the SSA for "inept agency oversight." The SSA was "aware of Judge Daugherty’s conduct for years, but took no action," the report said.

Conn’s relationship with Judge Daugherty was initially reported by the Wall Street Journal in 2011, prompting the senate investigation. Conn started using disposable cell phones to talk with Daugherty and destroyed 2.6 million pages of documents from his office after the story broke.

Huntington Chief Administrative Law Judge Charles Paul Andrus was also involved in the cover up, conspiring with Conn to discredit a whistleblower, Sarah Carver, who had been speaking out about Conn since 2007.

Government watchdogs are not shocked by the level of fraud and worried that Coburn’s efforts would do little to curtail future losses.

"It’s a disgusting story," said Tad DeHaven, a budget analyst for the Cato Institute, in an interview. "But it’s not surprising."

While he praised the work of the committee, DeHaven said this latest abuse would do nothing to address the true problems with federal disability programs.

"I think it’s good that it’s getting some mainstream coverage, but at the end of the day, every senator commenting, they all said it’s the fraud, the abuse as being the problem," he said. "I think fraud and abuse is a symptom of the problem. And that’s the federal government trying to administer disability programs to begin with."

As of August 2013, over 14 million Americans are receiving benefits through Social Security Disability Insurance (SSDI), Supplemental Security Income (SSI), or both.

Numerous cases of fraud and abuse have been reported. The SSA recently made $1.29 billion in improper overpayments, and dozens were arrested for a disability scam in Puerto Rico.

Coburn issued a similar report last year, which found that 25 percent of disability cases were awarded with insufficient evidence.

"Coburn’s had how many hearings now on waste, fraud, and abuse in this program and that program," DeHaven said. "It’s nice, but what’s the end result?"

"We find further evidence from what everybody already knew, that the government wastes away money," he said. "You have these hearings and you don’t question the fundamental desirability of the federal government doing this stuff to begin with. I say, what’s the point?"

Conn is still a practicing disability lawyer, and now runs his shop in Los Angeles, Calif. "We have the skills, expertise, and know-how to help you navigate the complicated process of obtaining your hard-earned benefits," his website states. 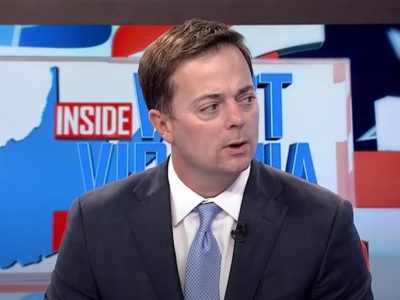