The revelation comes after Sen. Steve Daines (R., Mont.) accused Montana governor and Democratic Senate nominee Steve Bullock of being "silent while left-wing radicals try to defund our police" in a campaign ad released Wednesday. The Montana Democratic Party in early June amended its party platform to oppose "unnecessary and dangerous ‘use of force' methods when arresting or restraining persons suspected of committing a crime."

"These liberal attacks on law enforcement are a real threat to public safety," Montana county sheriff Shane Harrington said in the Daines campaign ad. "Steve Bullock refuses to stand up for law and order."

In addition to his anti-police messages, Hamblin has shared online comments disparaging women and minorities. After being asked if he would "rather be a woman" in March 2010, Hamblin responded, "And have the brain the size of a squirrel? Count me out…" In a now-deleted November 2010 tweet, Hamblin suggested he could not differentiate between Asian people, saying, "In the library and saw this korean forigen [sic] exchange student who lives on my floor as I went to say hi realized it wasnt him..damn asains [sic] …" And in a December 2010 tweet tagged with "#ImSoGlad," Hamblin said, "im white!" 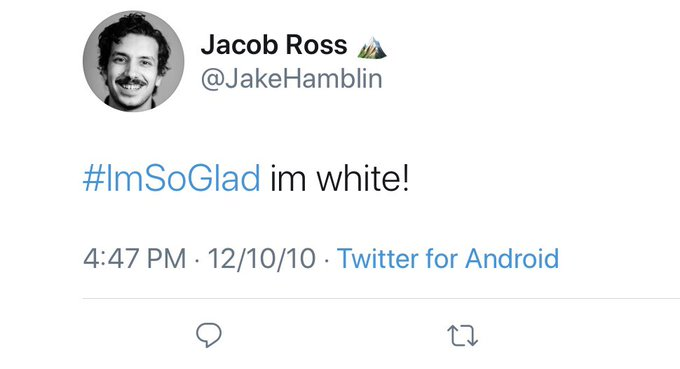 Hamblin is not the only Montana Democratic staffer to share inappropriate messages online. The Bullock campaign fired its deputy press secretary Thursday after the Washington Free Beacon reported on the aide's derogatory remarks on Twitter, which included rape jokes and homophobic slurs. Bullock campaign communications director Olivia Bercow called the comments "inappropriate," adding that they "do not reflect Montana values." Hamblin has shared numerous photos with Bercow and other Bullock campaign staffers online.

Reached for comment on Hamblin's tweets, Bercow said, "Governor Bullock does not support defunding the police and supports law enforcement." The Montana Democratic Party did not respond to a request for comment.