Rouda spent decades as a real estate executive prior to his successful congressional bid in 2018. The Democrat owned stakes in a multitude of companies in the industry through his investment firm, Trident Holdings, which he registered in 2001 under the name Real Living, Inc. In November 2011, the company received a Franklin County, Ohio, lien notice showing more than $117,000 in unpaid taxes from 2009 to 2011. Rouda served as the company's "Chief Executive Officer and Managing Partner" at the time, according to a 2009 Securities and Exchange Commission filing. 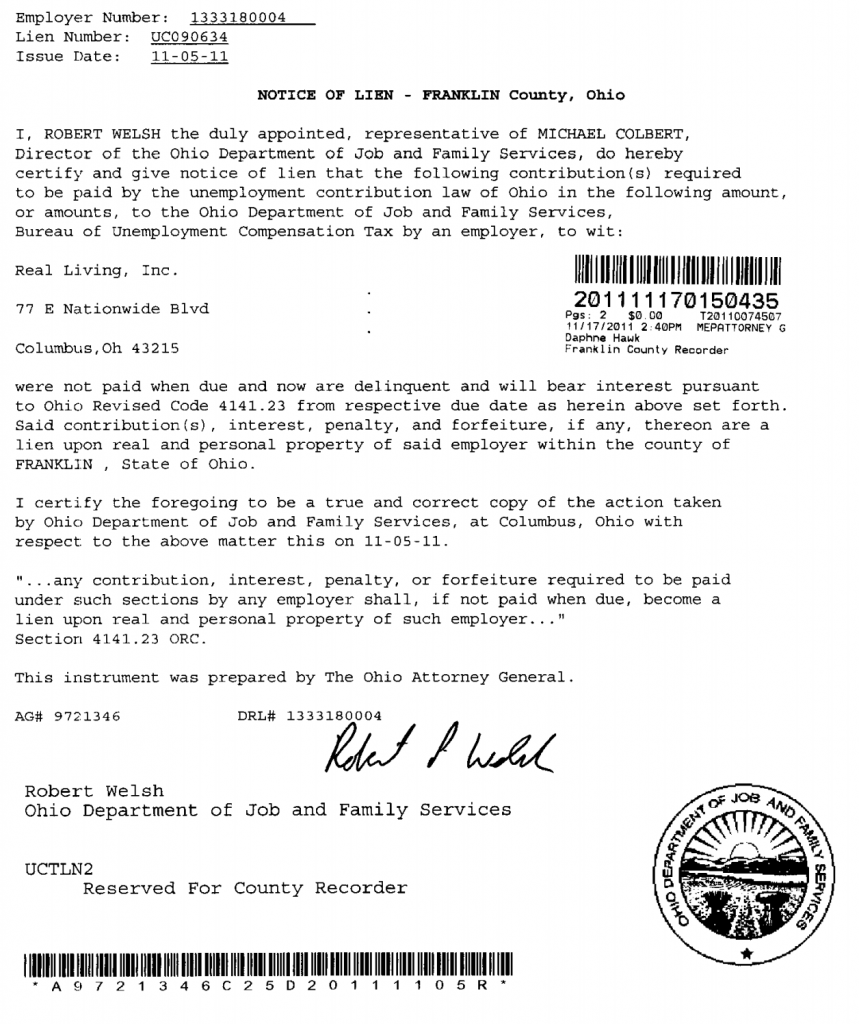 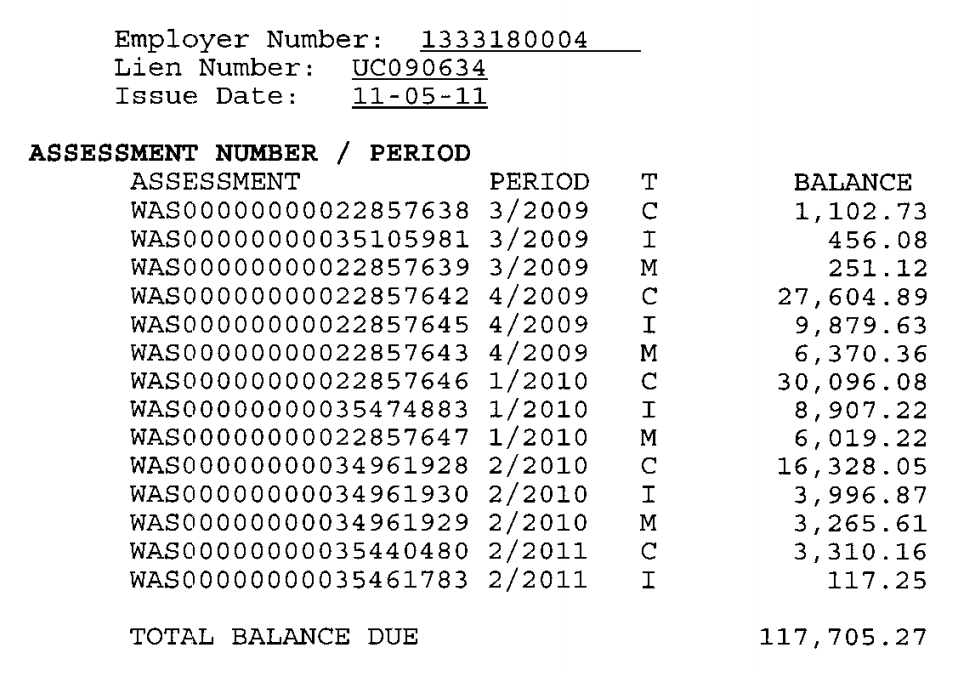 Rouda's firm was also subject to a roughly $52,000 federal tax lien between the 2012 and 2015 tax years. The Democrat remained the company's CEO at the time, having served in the role "since February 2002," according to a since-deleted 2018 Bloomberg executive profile. State filings show that Rouda was not removed as the firm's registered agent until August 2020—in total, businesses connected to Rouda faced 33 liens totaling $228,835.34 from 2003 to 2020. 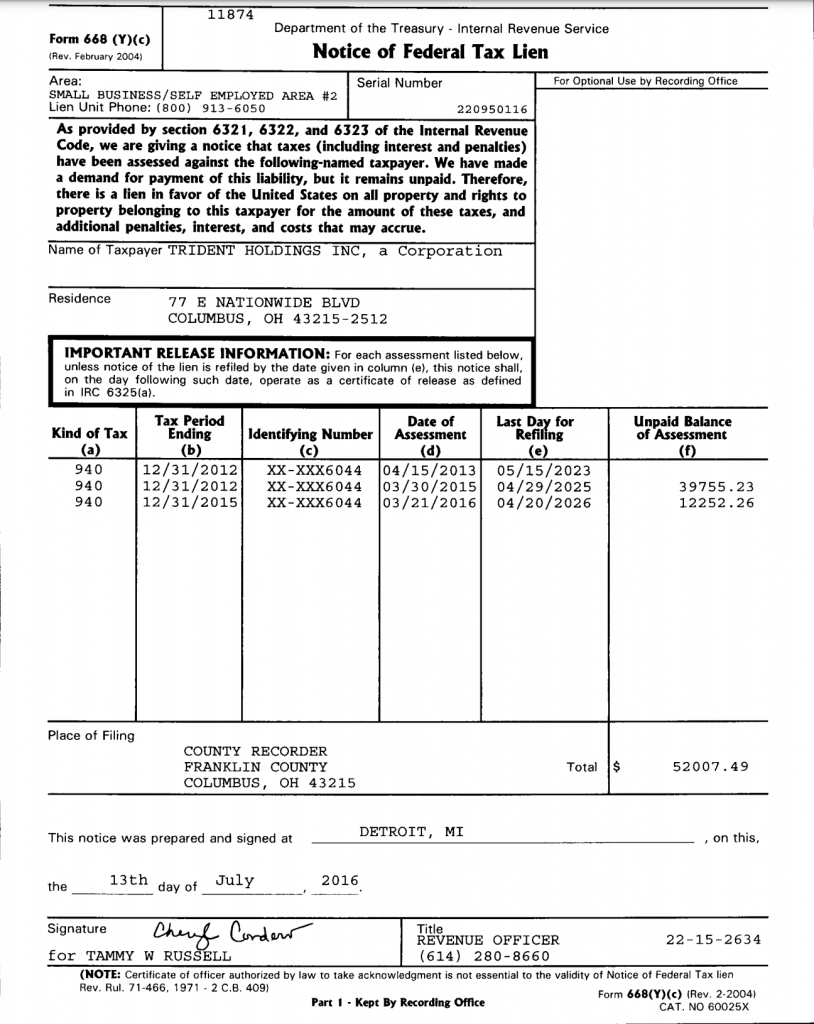 Rouda's business record has been subject to criticism in the Democrat's tight reelection bid against Republican Orange County supervisor Michelle Steel. A former staff member at one of Rouda's companies—HER Realtors—told the Free Beacon that Rouda cut health care benefits in 2013. In addition, a 2019 internal memo obtained by the Free Beacon notes that the company "won't offer health care coverage." Rouda has since called health care "a right for every American" in his 2020 campaign.

The Democrat also terminated 401(k) benefits for Trident Holdings employees in 2015, documents obtained by the Free Beacon show. The move impacted "substantially all employees." Roughly four years later as a member of Congress, the Democrat said that Americans who have "worked hard [their entire life] … deserve the opportunity to retire in peace" through employer-provided benefits and called retirement "a crucial part of the American dream."

Rouda responded to criticism over the liens in October by noting that he has paid his individual taxes. His campaign recently released a letter from the Democrat's accounting firm stating that Rouda "has no, and has had no, unpaid individual tax liens." Rouda's campaign, however, did not return a request for comment on the liens filed against his businesses.

Rouda also faced questions over his business dealings in his 2018 campaign against veteran GOP congressman Dana Rohrabacher. Real Living Real Estate—which Rouda cofounded in 2002—was forced to pay $1.85 million in 2008 to a 57-year-old cancer patient who sued the company for wrongful termination. The Democrat claimed he was not involved in firing the cancer victim, who he said was let go "as part of an overall downsizing effort" due to economic downturn.

Rouda went on to defeat Rohrabacher by 7 points, making him the first Democrat to flip California's 48th Congressional District since its creation in 1993. He will now face Steel in November after receiving 43 percent of the vote in the state's March primary. Rouda has lagged behind the Republican in fundraising as of late, receiving roughly $1.4 million in the third quarter to Steel's $1.75 million. The nonpartisan Cook Political Report rates the race, "lean Democratic."

Fetterman Wants To ‘Invest More’ in Public Schools. He Once Owed His School District Tens of Thousands.