My Time Shooting With the Liberal Gun Club

Some liberals love guns too

They may not like Trump & McConnell but they love Smith & Wesson.

That's what I took away from the time I spent in the sweltering fall heat of Orlando, Fla., shooting guns and discussing politics with members of the Liberal Gun Club. Over the course of three days the group of 25 or so dues-paying members (of the more than 3,000 spread around the country not to mention the 5,000 registered forum members) traveled around central Florida shooting sporting clays, steel challenge matches, and even a few machineguns while planning how they'll expand the club and use it to lobby against new gun bans and for what they view as more effective means of addressing gun violence.

Between driving around the sporting clays course, trying to figure out the best way to approach some truly fascinating USPCA-style shooting courses, and trying to choke down the pain that comes when you're shooting a fully-automatic M14 when your shoulder is bruised from 8 hours with a 12-gauge the day before, I was able to chat with a number of members and try to get a glimpse into what motivates somebody to join a club many people on both sides of the aisle might think sounds like an oxymoron. What I found was a group of people who enjoy and value their gun rights as much as any other gun owners I've ever met. They were welcoming and friendly. They're definitely liberals and they're definitely gun lovers. 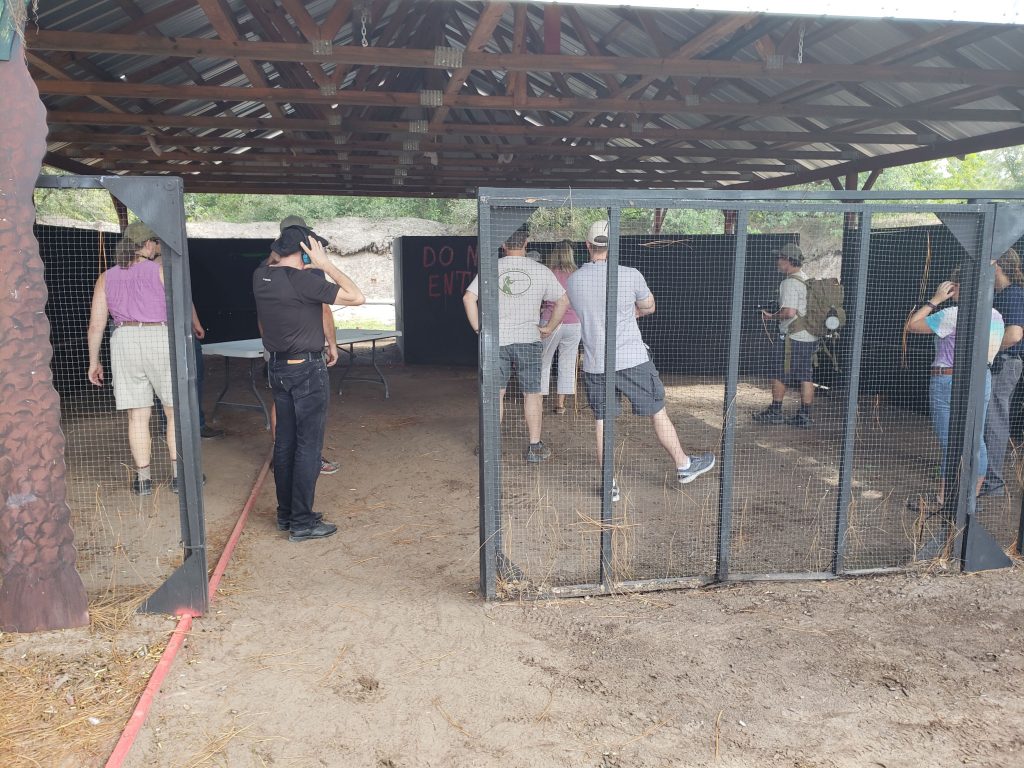 From what I observed, it's more a social club than anything else. A place where people can come together and enjoy their hobby without being shamed for enjoying it while not having to worry about clashing with others over their politics.

Keith Ellis grew up around firearms. He has a nice collection of competition guns that he was even kind enough to let me borrow when we visited the fantastic Universal Shooting Academy to do a little bit of action shooting. He was a nice guy whose only failing is that he consistently beat me at each match the group shot.

Ellis is the head of the Florida chapter and is serving as the host for this year's national convention. But his story is similar to that of most of the members with whom I spoke. 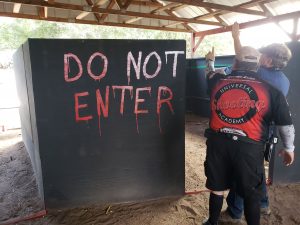 "I was on some of the online gun forums, and I got really tired of the hate and vitriol being spewed towards people of my political persuasion. Being called a libtard. Seeing things like ‘Obama's a secret Muslim.' Just asinine stuff," he said. "So, that's what kind of pushed me to start Googling around for a liberal, progressive gun club. It happened to be one of the first ones that popped up. I found it to be a very welcoming community."

Sean Frazier is another lifelong shooter who came across the club after his own Google search.

"It was refreshing," he said. "It was nice to be able to go hang out with people and be able to talk about anything." He is now the vice president of the Southern California chapter.

"I wanted to be able to find other people who think like I do," she said. "It was just a nice, safe place to talk about guns. I'm a very unusual shooter in the sense that you don't find many liberals, many lesbians, or many vegetarians, and I'm all of those, but I still like guns. I've got more than 10 but less than 1,000."

The club also serves as an escape from some less-than-tolerant anti-gun left-wingers. Pattie, Sean, and Keith all said they'd faced more backlash from the average liberal who found out they owned guns than from gun owners who found out they were liberals. In Pattie's case, she said gun owners tended to be far more tolerant of her being gay than liberals are of her being a gun owner.

Being around the group for three days was an interesting experience. The shooting community is one of the most diverse groups I'm a part of on a regular basis, but it's fairly common to show up to a shooting event where most of the people are white conservative men like me. So, it's noticeable when I'm the only white conservative man at one of these gatherings.

Being around the Liberal Gun Club was a lot like being around the all-female DC Project or being one of only two white people at a Black Guns Matter event in Philly—it simply helps to get a different perspective on things. 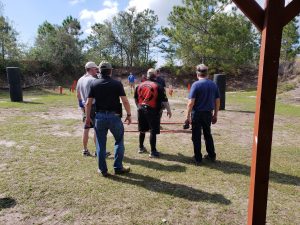 The Liberal Gun Club does share the same core beliefs as most gun-rights activists. Like the DC Project or Black Guns Matter, the club targets a different demographic than most gun groups. It actively recruits gun-owning Democrats, and it has begun actively lobbying Democratic politicians as well.

Lara C. Smith was hired to be the national spokesperson for the Liberal Gun Club in the last year. "Every single civil right for every single person," she's fond of saying.

While the social aspect of the group may be the main focus, it is hoping to fill a hole in the gun-rights movement by representing pro-gun liberals and Democrats. And their main focus is not gun bans but a concept they call "root-cause mitigation."

The club believes figuring out what drives people to shoot themselves or others and then trying to address that problem through government programs designed specifically to fix them is more effective than the traditional liberal solution of banning guns or magazines.

"If we want to solve the problems, a gun ban is not going to do anything," she said. "Magazine capacity restrictions are particularly ineffective—there are studies on it. Getting to the root of why people are depressed, why we are having these issues, what causes violence—those are the solutions we should look at."

Smith said these kinds of solutions, which could potentially garner support from both sides of the aisle, don't get much attention because they take serious commitment to make work, and politicians are more interested in pushing supposed quick fixes.

"The problem is that they're expensive and they're difficult. So, it's much more expedient to say either ‘out of my cold dead hands' on one side or ‘ban everything' on the other."

In the end, the club is hoping to show liberal gun owners are out there, they don't want their guns taken away, and there are more of them than you probably think.

"There really are liberals who support the Second Amendment," said Smith, the gun club's spokesperson. "We're out here talking to people so they know the Second Amendment shouldn't be just for one side of the political spectrum. There are people on both sides. CNN did an exit poll and 37 percent of Democrats said they owned guns in 2016. It's not a tiny group of Democrats who are gun owners and Second Amendment supporters. It's millions and millions of people, and we're leaving those people out of the conversation to assume that it's only conservatives that want this."

She did assure me conservatives like me are always welcome at the Liberal Gun Club too. Which is good because I'd love to go shooting and talk politics with them again.