Kellerman said he is personally thanked every time he visits a reservation for his public opposition to Native-American mascots in sports.

"When I go to Native-American reservations around the country to call fights, I am approached—I've received feathers in honor and letters saying, ‘Thank you for your stance,'" he said.

Based on that anecdotal evidence, he dismissed a Washington Post survey that found nine out of 10 Native-Americans are not offended by team names like the NFL's Washington Redskins.

"Do I believe that's a representative survey of the way Native-Americans actually feel about this? No, I do not," Kellerman insisted.

He continued to argue that ethnic mascots should be changed "even if it is a minority of the group that is offended," and said that rule also should apply to the University of Notre Dame, whose athletic teams are known as the Fighting Irish.

"Many Irish-Americans are not offended, but many are. And should that also change? The answer is yes, unequivocally yes," Kellerman said, as his guest Will Cain groaned and facepalmed.

"Pernicious, negative stereotypes of marginalized people that offend even some among them should be changed. It's not that hard," Kellerman concluded. 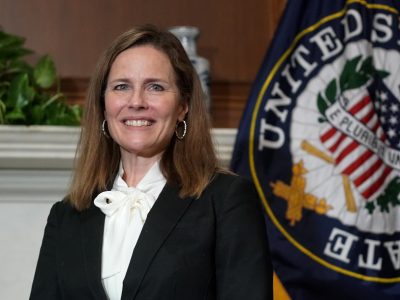