Psychiatrist Ronald Albucher and mental health specialist Sheila Levin on Tuesday lodged a complaint against Stanford University’s Counseling & Psychological Services department on Tuesday. The pair alleges that the department’s Diversity, Equity, and Inclusion committee failed to address incidents of anti-Semitism on campus, and that some of its members have used anti-Israel rhetoric.

Diversity and inclusion initiatives tend to ignore anti-Semitism and cast Jews as white. Jews "sometimes have experienced conditional whiteness and privilege," according to one draft of California’s ethnic studies curriculum. A North Carolina high school in February featured the anti-Semitic Nation of Islam in its monthly "Social Justice Newsletter."

The complaint alleges that the counseling department’s diversity committee has refused to address anti-Semitism and subtler forms of Jewish exclusion. In May 2020, a hacker posted images of nooses, racial slurs, and swastikas during a virtual town hall for students. The committee addressed the use of the anti-black rhetoric but refused to do the same for the anti-Semitic images.

When Albucher questioned the committee’s decision not to address anti-Semitism, the committee said it didn’t want harassment against Jews to overtake the conversation on discrimination against blacks.

Levin told the Washington Free Beacon that she finds the committee’s lack of response to anti-Semitic incidents like the cyberattack more frightening than the harassment itself.

The complaint also describes a presentation members of the Diversity, Equity, and Inclusion committee gave to medical students in January 2021. One speaker described a "social justice training rotation," supervised by committee members, that would "explore how Jews are connected to white supremacy." Another presenter said she takes an "anti-Zionist approach to social justice" and recommended students read a book that "portrays the Jewish state of Israel as a racist endeavor."

The Diversity, Equity, and Inclusion program has "maligned and marginalized Jews on the basis of religion, race, and ethnic identity by castigating Jews as white, powerful, and privileged members of society who contribute to systemic racism and denying and attempting to erase Jewish ancestral history," according to the complaint.

Levin, an immigrant whose parents survived the Nazi occupation of Europe, told the Free Beacon that the committee repeatedly discussed Jews "being privileged, being white, and being wealthy business owners."

"That was really what I was hearing, and we were speaking up about it and saying that it’s scary to us, and there was no response," Levin said.

The department once separated employees into two affinity groups—one for whites and one for minorities—for a book discussion, Levin said, which felt like a "betrayal" to her and her family.

"People like me were murdered, seen as contaminants to the white race," Levin said. "Why would I feel a special affinity with people who identify as white? It felt like I was being asked to identify with the oppressor. It felt like a betrayal to my family, to my parents."

Albucher told the Free Beacon he’s worked with students who have been affected by anti-Semitism on campus. Jewish students at Stanford have received threats against their life, and campus buildings have been vandalized with swastikas, Levin said.

"The overall problem with the way that the whole DEI program was structured has a blindspot," Lewin, whose organization represents Albucher and Levin, told the Free Beacon. "It doesn’t provide space for Jewish identity, and so while its goal is to try and foster inclusivity and combat racism, bias, and prejudice, what it ends up doing is actually undermining that goal because it ends up fostering and promoting bias and prejudice and actual harassment and discrimination."

Efforts to boost diversity that fail to include Jews can not be considered inclusive, Albucher said.

"Why on earth would Jews be targeted by the same people seeking diversity, equity, and inclusion?" Albucher told the Free Beacon. "This is not inclusion by any stretch of the imagination."

A Stanford University spokeswoman told the Free Beacon that the university takes harassment complaints like Albucher and Levin's very seriously.

"Stanford is deeply committed to nurturing a diverse and inclusive work environment, one free from harassment and discrimination of any kind," the spokeswoman told the Free Beacon. "We take complaints of this nature very seriously. We followed our process and have an ongoing investigation into this matter. Stanford forcefully rejects anti-Semitism in all its forms." 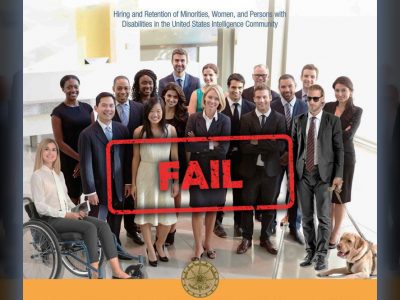