The two accrediting bodies for American medical schools now say that meritocracy is "malignant" and that race has "no genetic or scientific basis," positions that many doctors worry will lower standards of care and endanger lives by discouraging vital genetic testing.

The Liaison Committee on Medical Education, which accredits all medical schools in North America, is cosponsored by the American Medical Association (AMA) and the Association of American Medical Colleges (AAMC)—the same groups that on Oct. 30 released a controversial guide to "advancing health equity" through "language, narrative, and concepts."

Those concepts include the ideas that "individualism and meritocracy" are "malignant narratives" that "create harm," that using race as a proxy for genetics "leads directly to racial health inequities," and that medical vulnerability is the "result of socially created processes" rather than biology.

Integrating these ideas into medicine, five professors and practicing doctors told the Washington Free Beacon, would be a catastrophe, resulting in underqualified doctors, missed diagnoses, and unscientific medical school curricula.

The guidance won't just influence the way doctors talk, these practitioners said, but also what they know and how they treat patients. It could even make them unwilling to screen racial minorities for serious conditions—including many types of cancer—that they are more likely to inherit, on the mistaken belief that genes play no role in racial health disparities.

Singer's warning echoes the argument that five black professors in March made in the New England Journal of Medicine, where they described genetic denialism as "a form of naive ‘color blindness'" that would "perpetuate and potentially exacerbate disparities."

The guide is part of an ongoing and controversial effort to institutionalize progressivism as public health's lingua franca. It was "deeply informed" by the "Inclusive Communication" guide that the Centers for Disease Control and Prevention published in September, as well as by the AMA's "Strategic Plan to Embed Racial Justice and Advance Health Equity" published in May. A few members of the AMA this month spoke out against that plan, arguing that it amounted to racial discrimination, while others said the AMA's focus on language would alienate patients and inject ideology into medicine.

That ideological injection has been administered by an incestuous network of nonprofits that supply and legitimize the language of activist physicians. The guide's citations include Race Forward, which lobbied against the Trump administration's executive order on critical race theory, and the Narrative Initiative, which promotes "durable narrative change" to "make equity and social justice common sense."

These groups in turn receive support from some of the largest and best-financed foundations in the country. Race Forward is funded by the W.K. Kellogg Foundation, while the Narrative Initiative, per the group's website, "was conceived and funded by The Atlantic Philanthropies and Ford Foundation."

Such nonprofits have played a pivotal role in turning medical accreditation against genetics. The guide cites a report from George Soros's Open Society Foundations that says the practice of DNA testing "weaves together dominant narratives of racism and individualism into a biological determinism." The chief medical officer of New York City, Michelle Morse, participated in the creation of that report, as did critical race theorist Kimberlé Crenshaw and anti-Israel activist Linda Sarsour.

"They're trying to superimpose social science onto medical science," Singer said. "But as a consumer of health care, I'd just like to know that whoever is treating me is qualified. Because my life is on the line."

Several doctors also sounded the alarm about how the guide would impact admissions standards and curricular content at medical schools, which, in one professor's words, "are at the total mercy of" their accreditors.

The guidance potentially implicates every stage of a doctor's education: where they get in, what they're tested on, how they're graded, and who gives them residencies. In effect, it could change the way medicine measures merit—from objective criteria like grades and test scores to subjective criteria like diversity statements, which are increasingly common at medical schools.

One doctor predicted that the guide would result in a "disastrous" reluctance to flunk low-performing medical students and a "tripling down on affirmative action." Another was even blunter: "This can kill people."

The AMA and AAMC did not respond to requests for comment.

The guide is the latest move by medical school accreditors to sideline merit in favor of diversity. The AMA and AAMC in 2012 implemented diversity standards that effectively mandated racial preferences at all medical schools. And in March 2020—as the coronavirus began to strain hospital services in New York City—the "Step 1" medical licensing exam moved from numerical scoring to pass-fail, a change many doctors said would make it harder to objectively evaluate residency applications.

One reason for the shift, a report explaining the change said, was that numerical scoring "negatively impacts diversity based on known group differences in performance"—with whites and Asians significantly outscoring blacks and Hispanics. The AMA and AAMC both contributed to that report.

According to some doctors, these pressures have already lowered the quality of medical care. "I've certainly seen residents' intellectual capability dropping over time," said one professor who belongs to the AMA and who told the Free Beacon he would be fired if he went on the record. "Residents are just not as capable of caring for patients as they were 20 years ago."

A professor at one Ivy League medical school agreed, telling the Free Beacon that the curriculum has gotten easier over time because administrators want to avoid failing less qualified admittees. "In order to get them through, the standards for everyone have been lowered," the professor said.

Mistakes in medicine can be deadly: According to a 2018 study by Johns Hopkins medical school, medical error is the third leading cause of death in the United States.

In light of such grim statistics, some doctors see the guide as a distraction. "It strikes me as a waste of time," said Sally Satel, a psychiatrist who's written extensively about the opioid epidemic. "Yes, trainees need to appreciate the life context of their patients, but it's not clear how many of these social justice-based innovations will help medical students be better doctors."

Update 11/30/21, 10:30 AM: An earlier version of this piece incorrectly stated that the AAMC made the decision to change the "Step 1" medical licensing exam from numerical scoring to pass-fail. The AAMC and AMA, along with several other groups, recommended the change to the United States Medical Licensing Examination, which made the final decision. 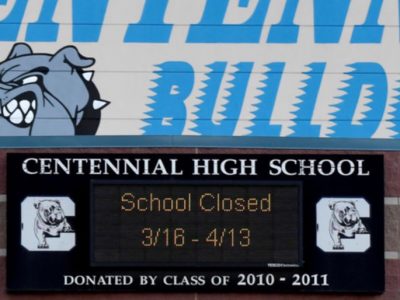