Poll: 44 Percent of Voters Think Hillary Clinton Would Be an Awful President

Hillary Clinton is a terrible candidate. She's so desperate and terrified of losing that she's resorted to viciously attacking a defenseless 74-year-old man. According to a new Pew poll, a large percentage of voters think Hillary would not be a very good president.

Just 35 percent of registered voters said they thought Hillary Clinton would make a "great" or "good" president, compared to 44 percent who said Hillary would make a "poor" or "terrible" commander in chief. Only Donald Trump was viewed more negatively. That's pretty embarrassing. No wonder voters prefer our greatest living president. 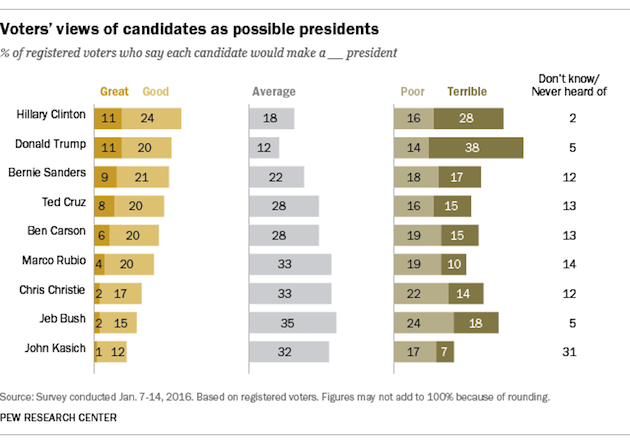