Still tyrants after all these years

Less than a week after Americans celebrated their independence from British tyranny, the posh despots across the pond lashed out in petty fashion by effectively banning golf legend and American icon John Daly from competing in the British Open.

Daly, who won the British Open at St. Andrews in 1995, had requested to use a cart for this year's tournament at Royal Portrush in Northern Ireland because of degenerative arthritis in his right knee, which hinders his ability to walk long distances. Daly made a similar request, which was ultimately granted, to use a cart at the PGA Championship in May.

The pretentiously named Royal & Ancient Golf Club announced that Daly had withdrawn from the British Open due to a medical condition after his request for a golf cart was denied. The club said it acted in the name of fairness, a controversial concept central to the philosophy of "political correctness," which many agree is a modern-day embodiment of the absolute tyranny that spurred American colonists to revolt against their British oppressors in 1776.

"We believe that walking the course is an integral part of the Championship," the club said in a statement. "We must also ensure that, as far as possible, the challenge is the same for all players in the field."

Daly reacted to the setback with characteristic aplomb, saying that while he trusted the decision "was made with good intentions, I could not disagree more with the [R&A's] conclusions," and was "quite disappointed" that golf officials in Britain seemed to be following "different laws" than the PGA Tour in America. Daly initially implied that he would "give it a shot" at this year's British Open before ultimately dropping out.

Adding insult to injury, Daly was bitten by a brown recluse spider in England after learning of the R&A's decision, requiring immediate surgery to remove an infection in his abdomen.

It is not known whether the British hostility to our American legend is a form of retaliation for President Donald J. Trump's epic owning of Kim Darroch, the British ambassador to the United States who resigned in disgrace on Wednesday after Trump called him out on Twitter.

GOD SAVE OUR KING!

John Daly driving off a beer can then chugging the beer….Champion! pic.twitter.com/wjg9KJQDDt 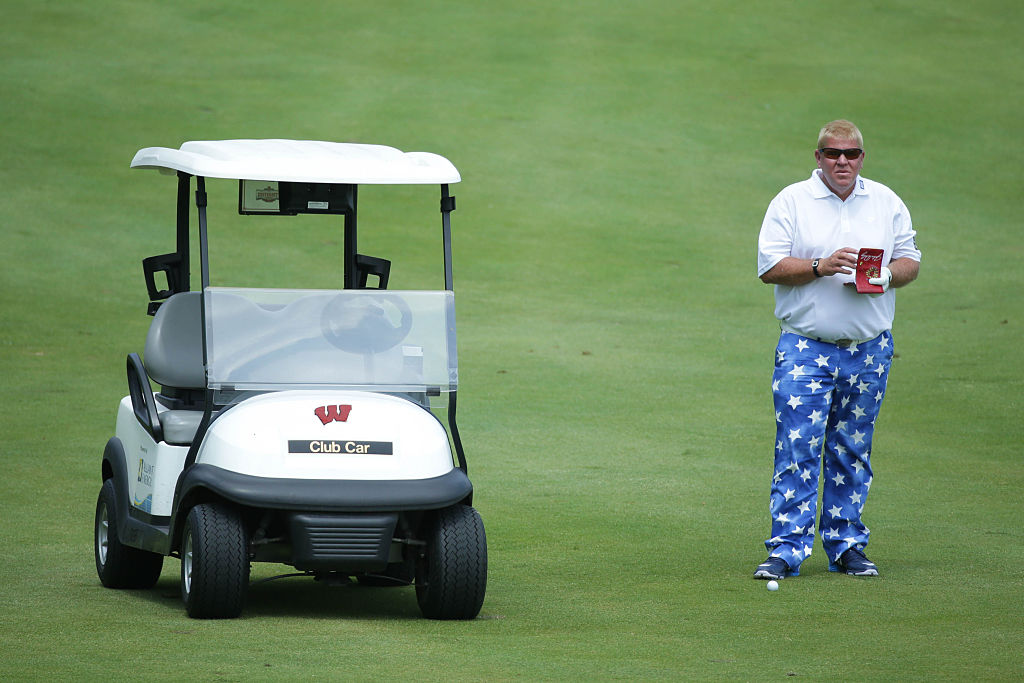