Almost three years ago, the Javits Convention Center in Manhattan hosted thousands of Hillary Clinton supporters under its literal glass ceiling for what was supposed to be an election-night victory party featuring confetti "shards" shot out of cannons. Alas, a different outcome ensued.

Over the weekend, the Javits Center hosted a different gathering of losers: New York Comic Con, the nerd equivalent of the Super Bowl. Attendees engaged in "cosplay" by donning elaborate costumes of their favorite fantasy heroes from films and comic books. While not catering exclusively to members of the "furrydom" fetish community, Comic Con is a great opportunity for so-called "furries" to let their freak flags fly while concealing their true identities under large animal masks.

Was Beto O'Rourke, an established connoisseur of furrydom culture, in attendance at New York Comic Con? The answer is almost certainly yes, but our analysts have yet to determine in which of the following photos the failed politician appears. Scroll through, have a look, and decide for yourself. This isn't a poll or anything, it's entirely meaningless. Like the 2020 election. 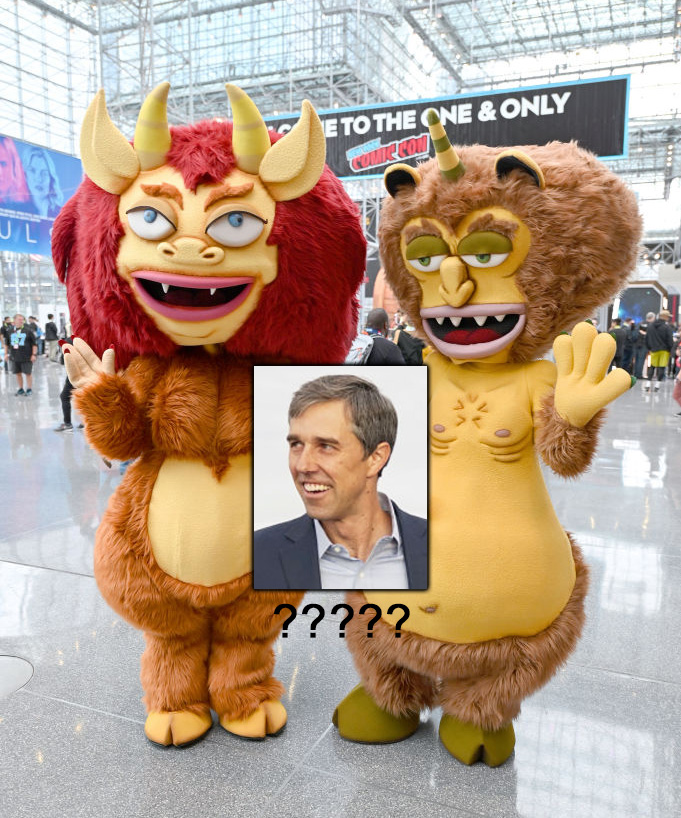 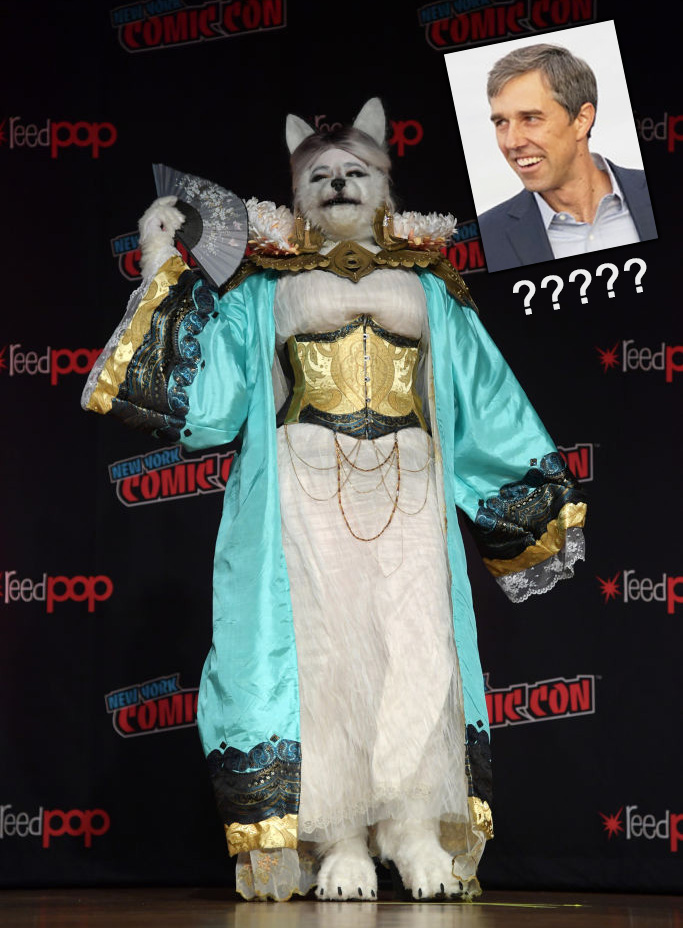 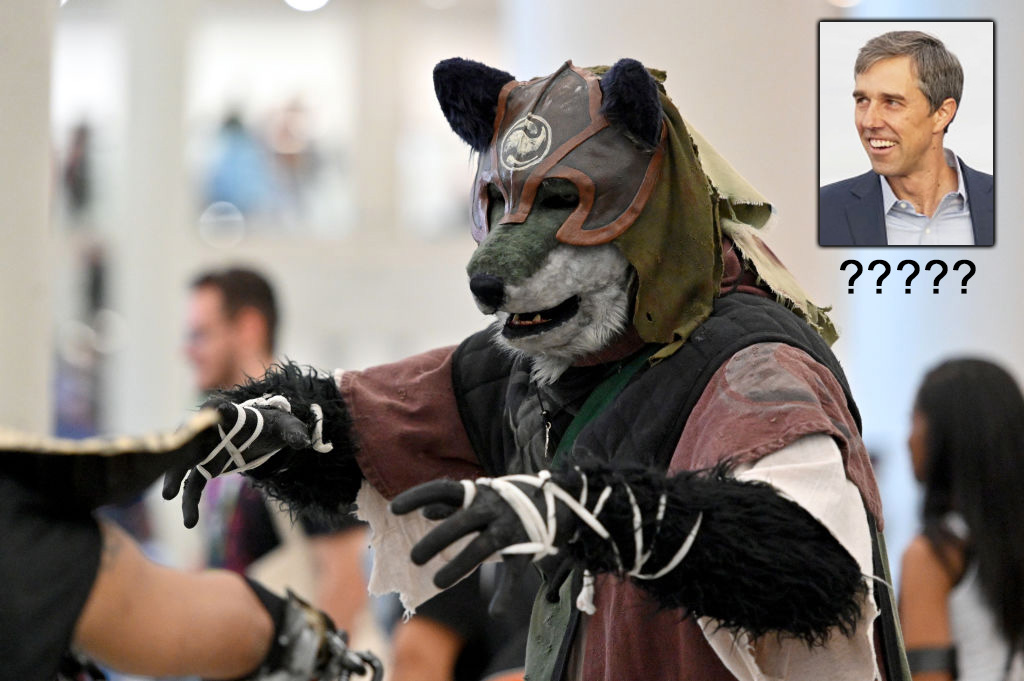 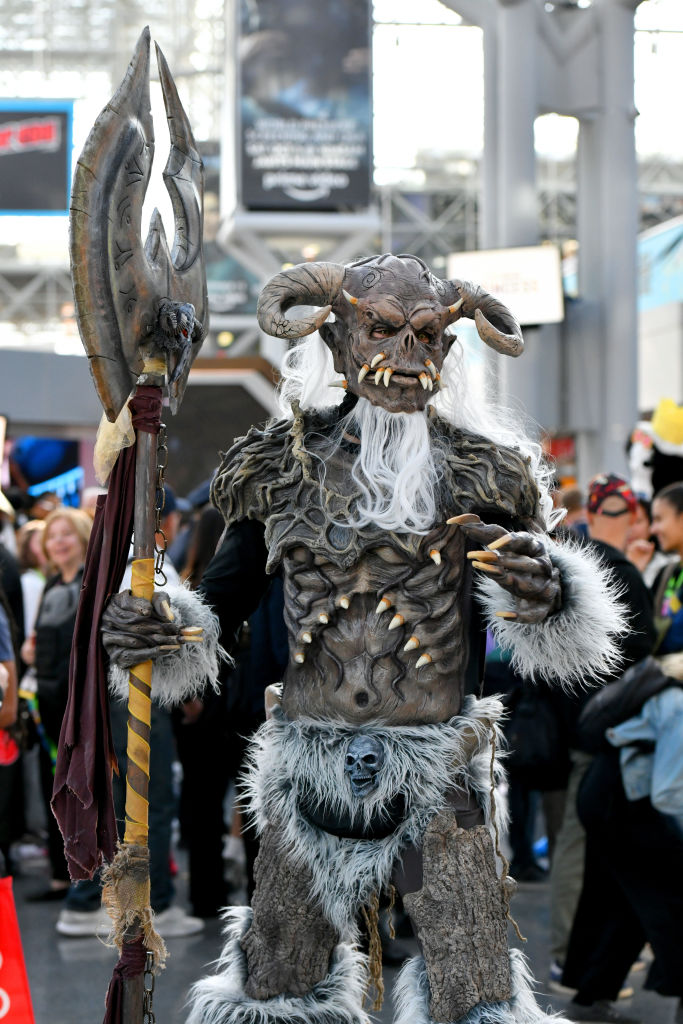 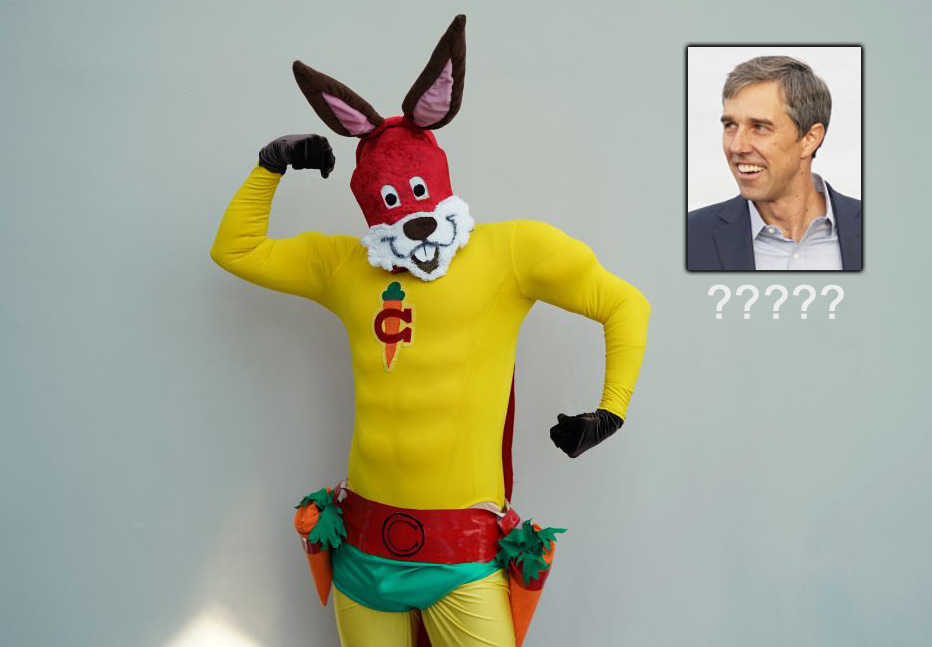 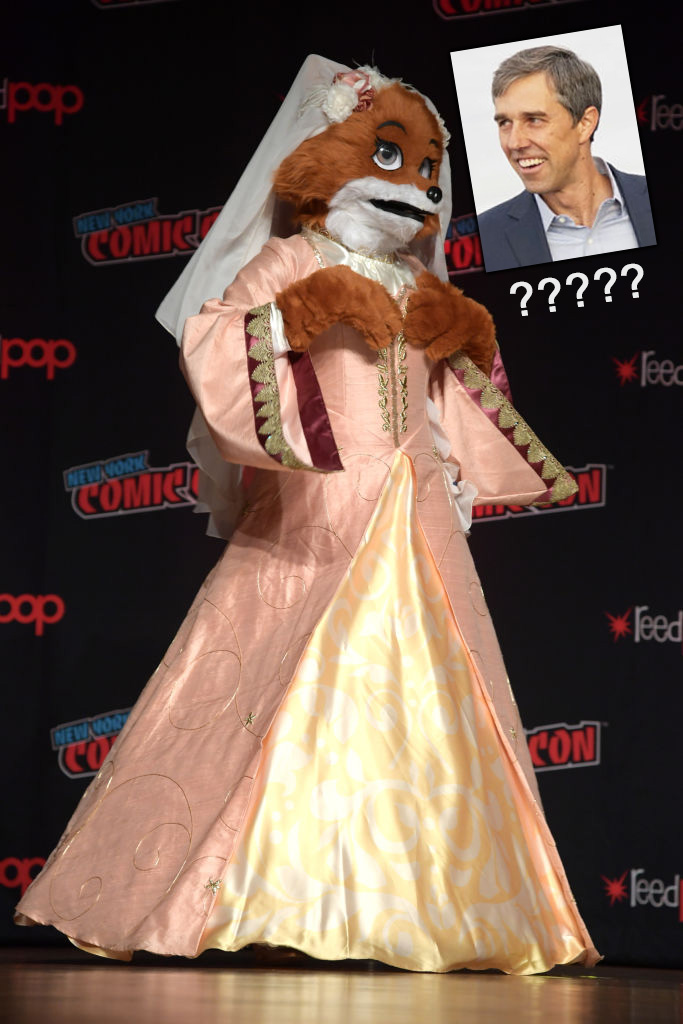 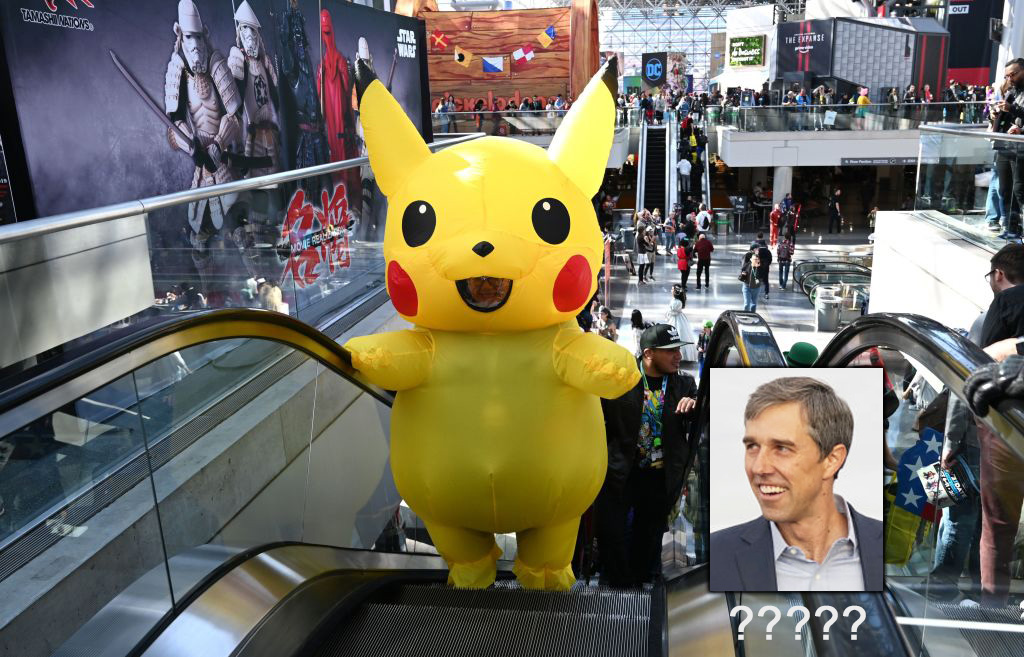 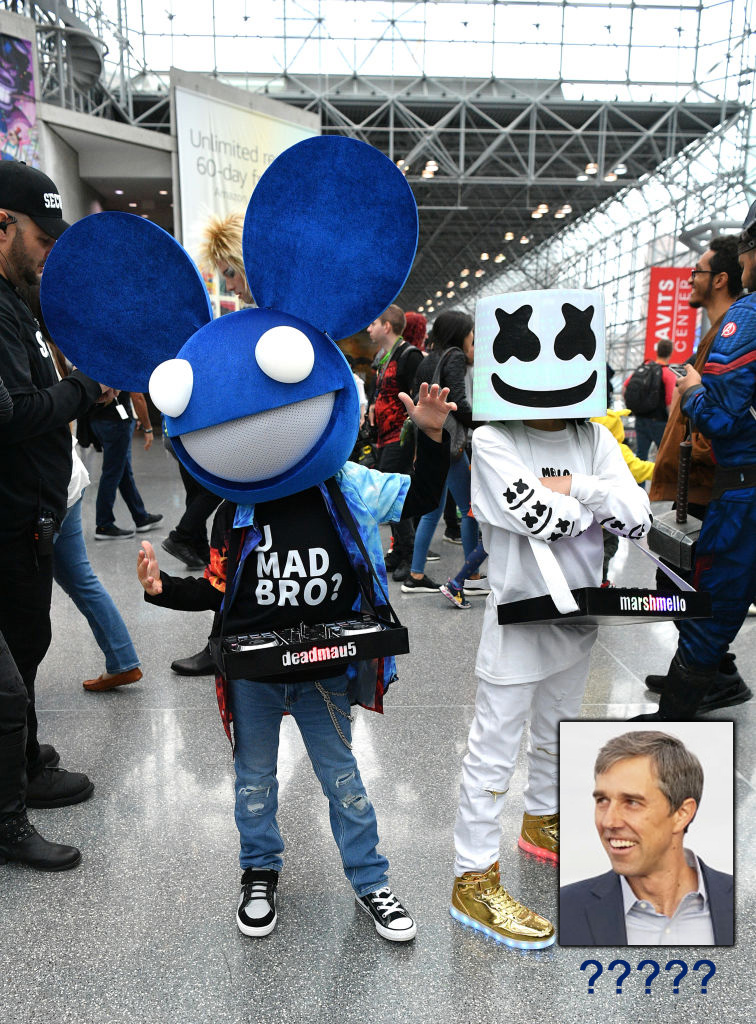 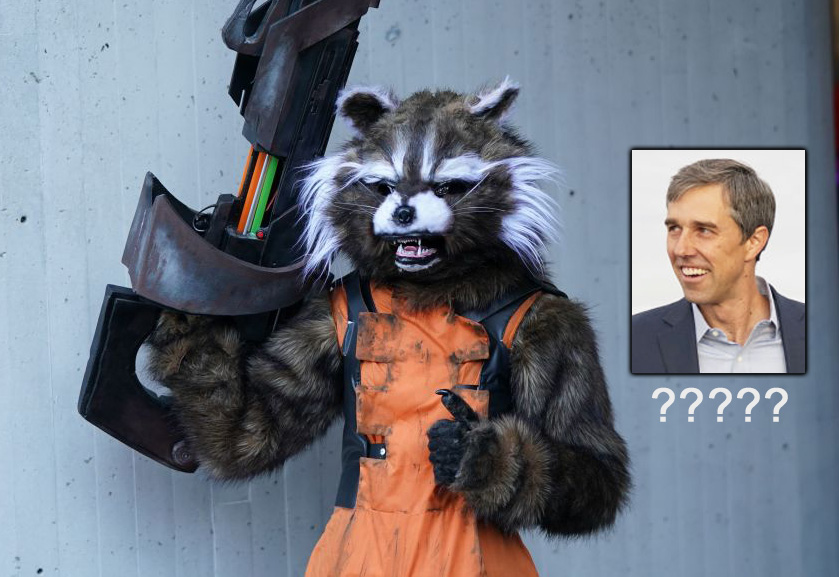 10. Why are you still running, anyway? 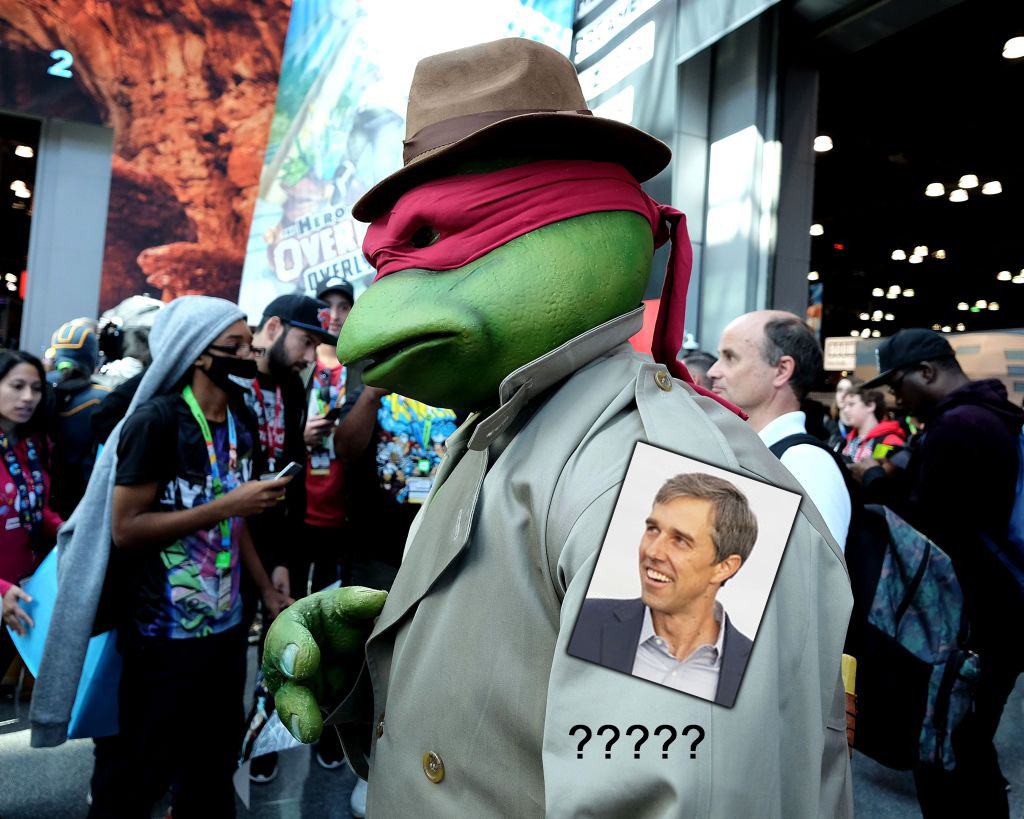 11. Are you afraid of being judged? 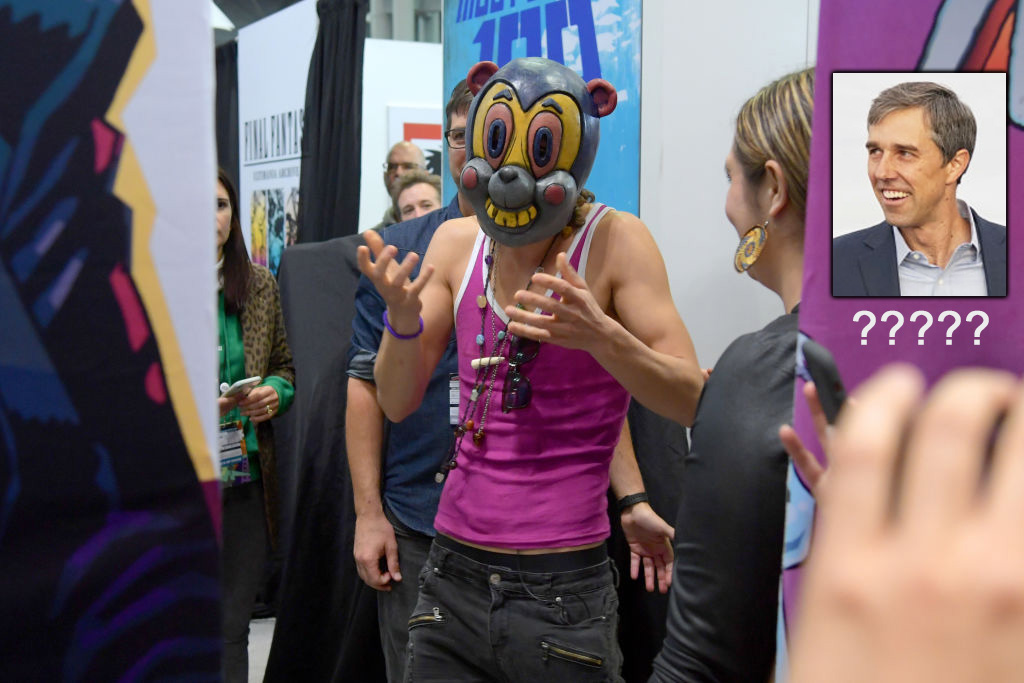 12. Are you ashamed to embrace who you really are? 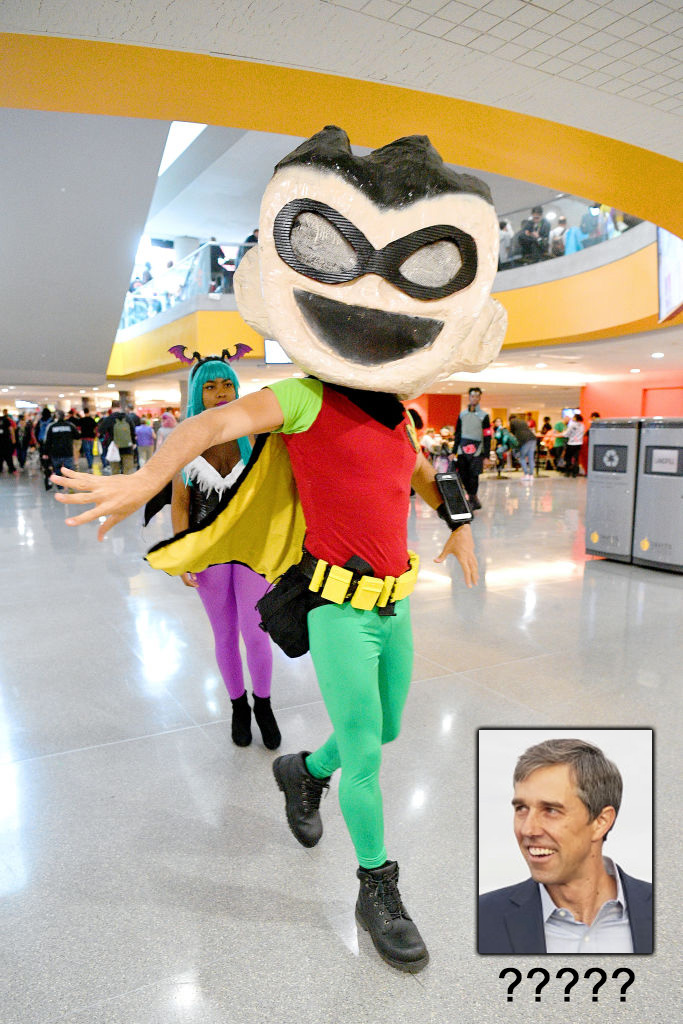 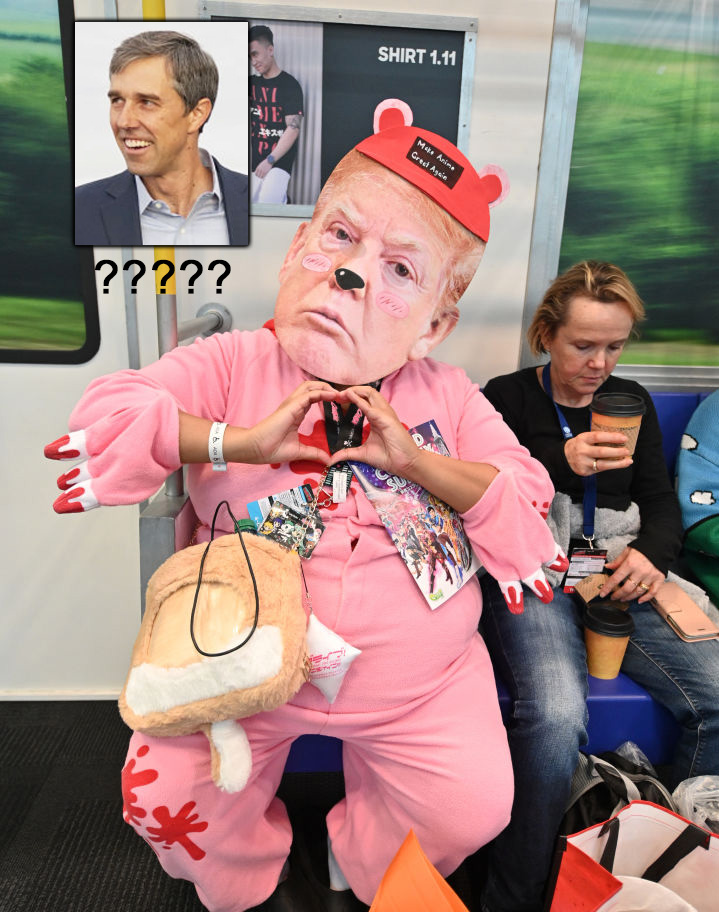 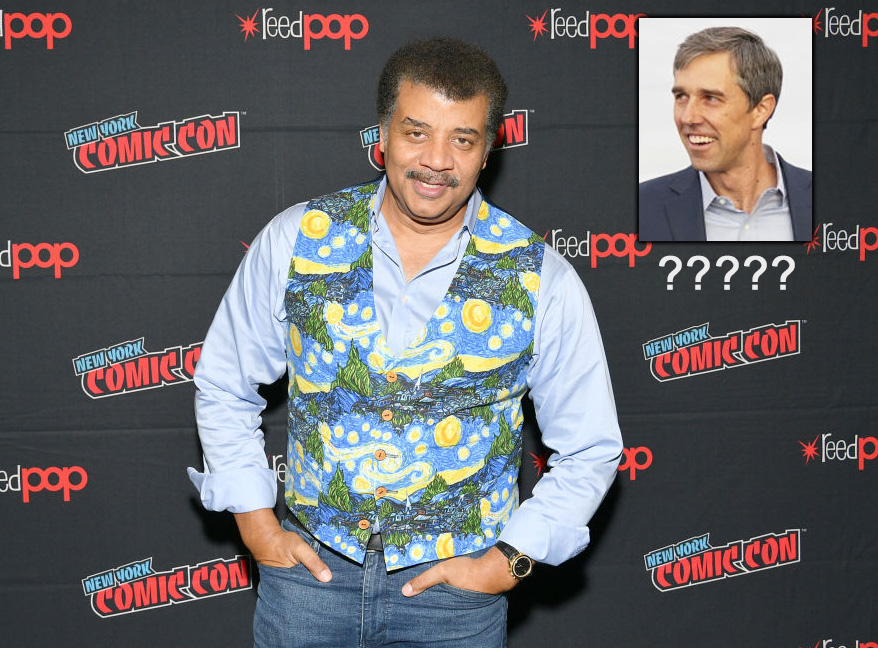