President Obama has embarked on another global bowing tour. Here he is in Japan on Thursday, meeting the emperor and empress at the Imperial Palace in Tokyo: 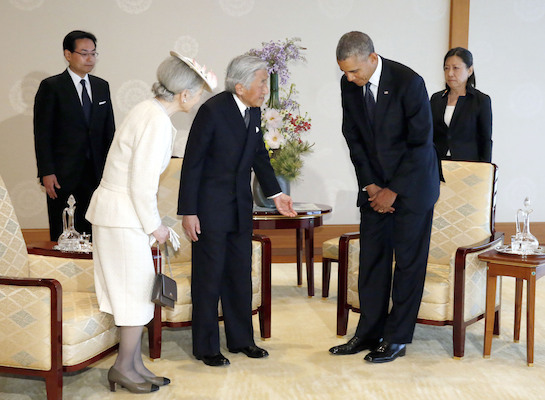 The president's bowing form seems to have faded some since 2009: 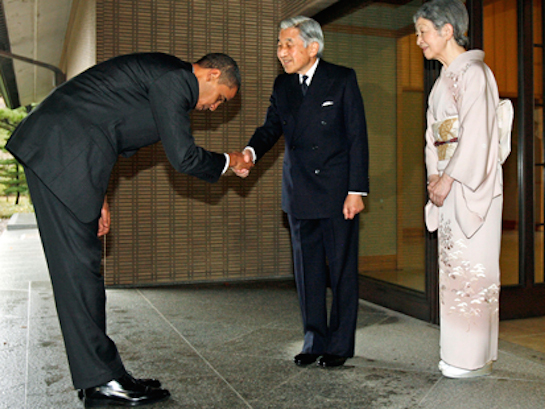 But that's hardly the most troublesome sign. Obama loves bowing so much, he's bowing to subhuman objects like this robot built by America's former enemy:

Obama likes to bow. Here he is greeting a communist: 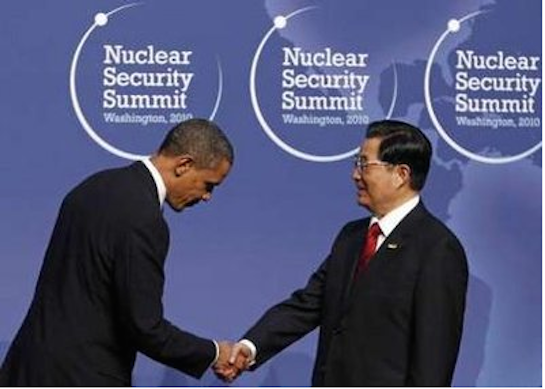 Here he is performing a deep bow before a Saudi oil baron: 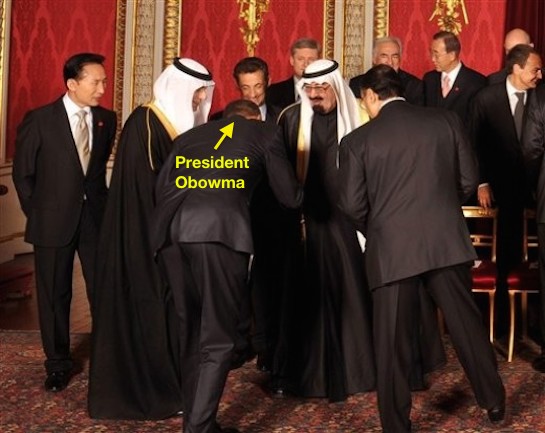 And finally, Obama takes a bow before the only world leader truly worthy of the gesture: 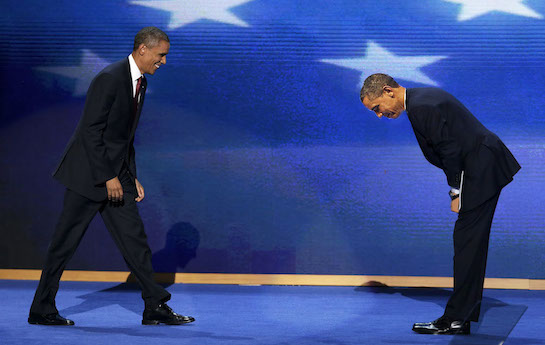