Colin Kahl, the Biden administration aide and architect of the controversial Iran nuclear deal, has a massive man purse, or "murse," the Washington Free Beacon has learned.

Kahl posted a series of photos earlier this month from his visit to Camp Atterbury in Indiana. One of the photos appears to show an oversized murse lying at Kahl's feet, adding further controversy to Kahl's brief but disastrous tenure as undersecretary of defense for policy.

A Free Beacon fashion analysis determined that Kahl's man bag is far too large, and its handles far too long, to be accurately classified as a briefcase. Furthermore, an online investigation revealed additional evidence that suggests Kahl has previous experience toting his belongings around in a purse-like apparatus. 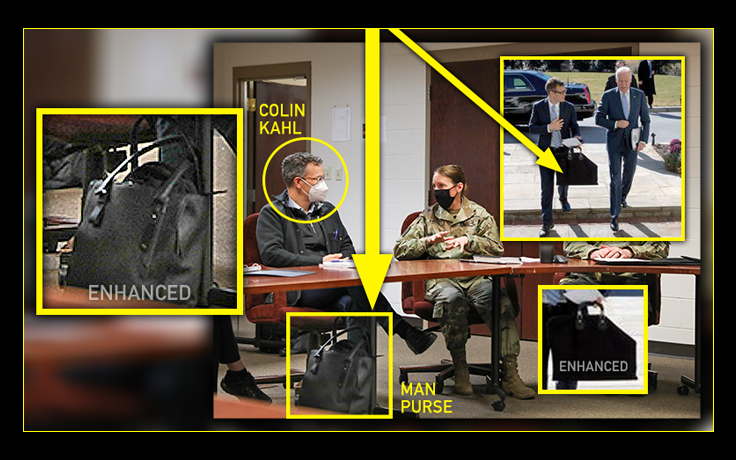 Prior to being exposed for carrying a murse, Kahl was best known for his role in the botched military withdrawal from Afghanistan. Prior to that, he was best known for negotiating a $1.7 billion payment to the Iranian government, which Kahl insisted would be used to buy "butter" rather than military equipment. (It was not.)

Some crucial context: So-called murses were briefly popular, or at least considered "trendy," in 2006. They have always been controversial. A New York Times article published in 2019 described the "petite man bag" as a "hot accessory," but these stylish over-the-shoulder fanny packs don't look anything like Kahl's bulky handbag, which can only be described as a purse—owned and carried by a man.