President Joe Biden has publicly refused the Iranian regime's demand for a "goodwill gesture" of $10 billion to restart negotiations over the country's nuclear program. Of course, that doesn't mean the White House isn't trying to figure out how to deliver the cash without anyone noticing.

The $10 billion ransom demand is significantly larger than the $400 million the Obama administration secretly delivered to Iran by plane on wooden pallets in January 2016. Fulfilling the rogue regime's request this time around would be a far more extensive undertaking, a Washington Free Beacon analysis has determined.

According to the Federal Reserve Bank of New York, the "overwhelming majority" of international cash shipments involve large pallets of 640,000 bills in hundred-dollar denominations, with each pallet comprising $64 million. That means the Obama administration's $400 million shipment consisted of just over six pallets, whereas Biden would require more than 26 times that amount. 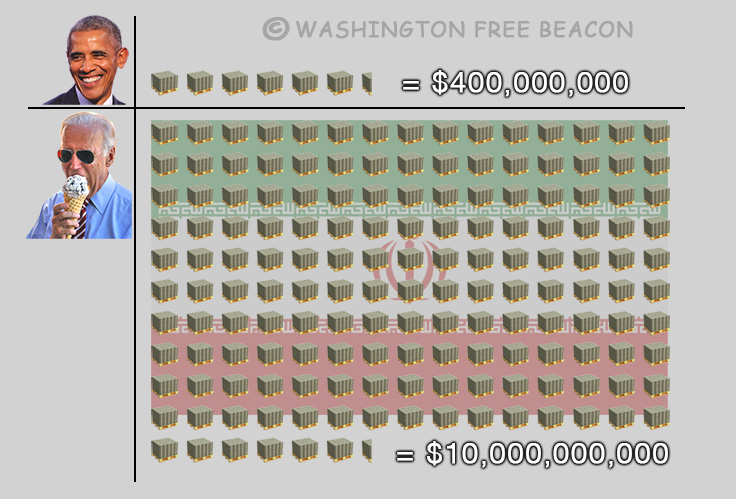 According to the Wall Street Journal, a pallet containing $64 million in hundred-dollar bills would weigh roughly 1,280 pounds. That's almost as much as the fattest man in recorded history. Obama's bribe to the Iranians would have weighed in at about 8,000 pounds, which is equivalent to two fully grown hippos. Biden's bribe would weigh significantly more. 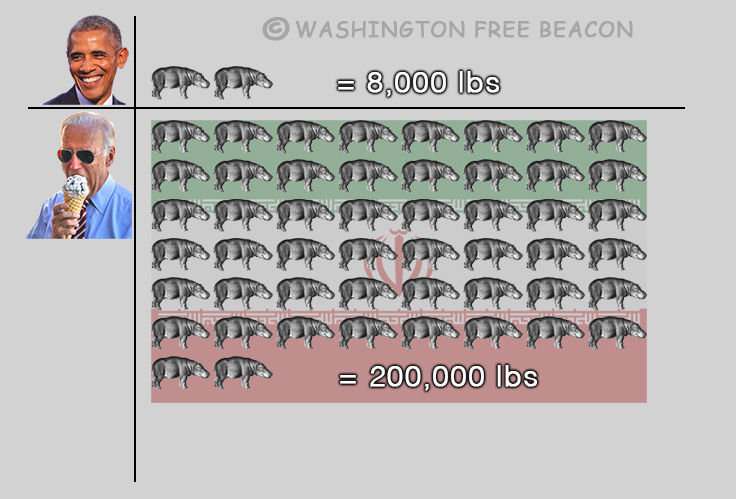 According to the U.S. Air Force website, a C-130 Hercules aircraft has a maximum takeoff weight of 164,000 pounds, but typically can only accommodate six pallets worth of cargo. The plane itself weighs approximately 76,000 pounds. Add on about 10,000 pounds worth of safety equipment, and the maximum fuel load of 42,000 pounds, and you're left with 36,000 pounds for cargo—at least for the purposes of this analysis.

Obama's cash shipment was well within the parameters for a single-plane payload, whereas Biden would require a fleet of aircraft to deliver his $10 billion "goodwill gesture" to the Iranians. 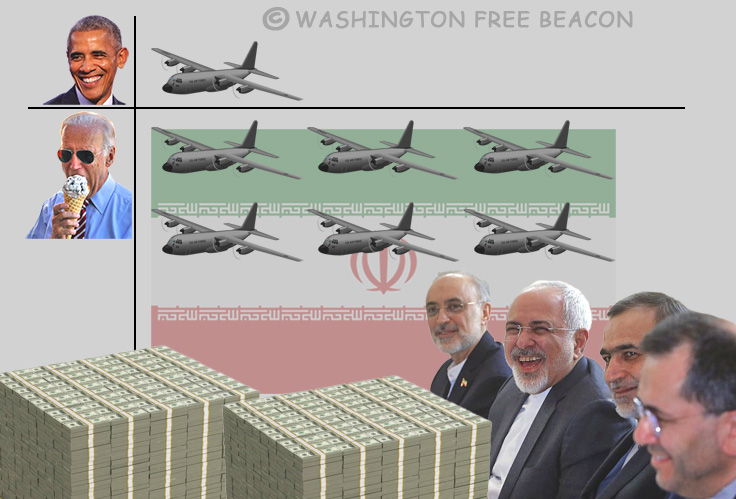