ALL ON THE SAME TEAM … "NYT Columnist, CBS News Political Analyst Joins Secretive Dem Donor Conference," by WFB’s Brent Scher and Joe Schoffstall: New York Times columnist and CBS News political analyst Jamelle Bouie addressed a closed-door gathering of the Democratic Party's top donors last week in potential violation of the paper's ethical guidelines, which prohibit paid speeches to political groups and urge staff members to be "especially sensitive to the appearance of partiality when they address groups that might figure in coverage they provide."

CHASER … "New York Times editor says Trump has put his reporters’ lives at risk," via THE GUARDIAN: Some of these rows have now affected the newsroom, which has seen an influx of younger reporters from more diverse backgrounds, prompting what [NYT executive editor Dean] Baquet believes is the biggest change in newsrooms since the Vietnam war in the 1960s. "We have a new generation that grew up in a different world that have not only different demands of their news, they want a different relationship with their readers." …

LAZY JOE … "Joe Biden plans Iowa push after concerns grow about his weakness in the first voting state," via WASHINGTON POST: Biden’s less-than-concerted push for votes in Iowa has raised concerns among his partisans.

Among the 17 candidates in the race, he has done fewer events in Iowa than all but Tom Steyer and recent entrant Deval Patrick, according to a tracker maintained by the Des Moines Register. Out of the 99 counties Biden promised to visit, he has 70 to go with about 10 weeks left before the caucuses …

"I don’t want to talk negative about anybody," said Tama County party chairman Dave Degner. "But I would definitely point out that at least in our area, the Biden campaign has not put the same effort into having organizers here as some of the other candidates. . . . And I don’t understand why."

ALL RHODES LEAD TO WHITE PRIVILEGE … "There Are Two Rhodes Scholars Running For President. Only One Gets Mentioned.," via HUFFPOST: HuffPost searched mentions in U.S. publications for 2019, finding that news outlets cited [South Bend mayor Pete] Buttigieg’s Rhodes scholarship 596 times.

IT’S LIKE AFFIRMATIVE ACTION, BUT FOR TAXES … "House Dems Propose $5 Billion Tax Break for ‘Environmental Justice’ Courses," by WFB’s Yuichiro Kakutani: The proposal will offer tax credits to colleges and universities that have research and academic programs with "the primary purpose of improving or facilitating the improvement of health and economic outcomes of individuals residing in low-income areas or areas populated disproportionately by racial or ethnic minorities." The tax credit will reimburse most colleges for 20 percent of the cost of their programs, but Historically Black Colleges and Universities and Minority Serving Institutions will receive higher payouts of 30 percent of the program cost.

BOMBS OVER DAMASCUS … "Israel strikes ‘dozens’ of targets in Syria over rockets fired by Iranian force," via TIMES OF ISRAEL: "The attack was carried out in response to the launching of the rockets by the Iranian Quds force from Syrian territory," the army said in a statement. The targets included missile launchers, weapons warehouses, command centers and bases, it said.

Prime Minister Benjamin Netanyahu said of the strike: "I have made clear that any who attack us — we will attack them. That is what we did tonight towards military targets of the Iranian Quds force and Syrian military targets," he said.

MAKING GREATER ISRAEL GREAT AGAIN … "Trump Endorses Controversial, Unprecedented Policy on Settlements Held by Previous Administrations," by WFB’s Noah Pollak: Liberal critics are condemning the announcement as unprecedented—but in fact the U.S. position that settlements are illegal under international law only dates to the final days of the Obama administration. The Trump administration is bringing U.S. policy in line with the positions held by successive Republican and Democratic administrations dating back to 1967, when Israel acquired the West Bank in the Six Day War.

It was only in late December 2016, after President Trump won the presidential election and weeks before Inauguration Day that the Obama administration supported a U.N. Security Council resolution declaring settlements a violation of international law.

NOW SEND THE WARPLANES … "U.S. Deploys Additional Troops to Middle East to Counter Iran," by WFB’s Adam Kredo: The Trump administration informed Congress on Tuesday that it has deployed 3,000 additional troops to the Middle East to help combat the growing threat posed by Iran.

The troop deployment comes as Iran and its regional terror proxies wage attacks on Israel and U.S. interests in the region. Tehran also has attacked oil infrastructure, including in Saudi Arabia, where the American forces will be stationed.

AWKWARD! … "Warren, Sanders And Other Democrats Call For NBC Abuse Probe A Day Before MSNBC Airs 2020 Presidential Debate," via CNBC: Four presidential contenders called for an independent investigation into allegations of abuse made against NBC executives and on-air talent ahead of Wednesday’s Democratic debate, co-hosted by NBC sister network MSNBC …

"We, the undersigned candidates, are very concerned about the message it would send to sexual assault survivors if our next debate is sponsored by MSNBC without clear commitments from Comcast, the parent company of NBC and MSNBC, to conduct an independent investigation into the toxic culture that enabled abusers and silenced survivors," the candidates wrote.

VERY AWKWARD! … "U.N. expert corrects claim on children in U.S. migration detention," via AP: On Monday, Manfred Nowak, who leads a U.N. Global Study on Children Deprived of Liberty that was published this week, told reporters: "We have more than — still more than — 100,000 children in migration-related detention in the United States of America." The Associated Press and other major news organizations reported that figure.

But on Tuesday, he told The AP that figure was drawn from a U.N. refugee agency report citing data from 2015, the latest figure his team could find. That was before President Donald Trump, whose policies on migration have drawn criticism, was elected.

REVENGE BEST SERVED NOT LIKE THIS … "Gun Control Group Owns the NRA By Cleaning Its Front Yard," by WFB’s Alex Griswold: A gun control organization recently struck a mighty blow against the National Rifle Association by cleaning up the trash outside the Second Amendment advocate's headquarters.

Giffords: Courage to Fight Gun Violence announced on Twitter Monday that it had adopted the highway outside of the NRA headquarters in Fairfax, Virginia. "We're picking up the trash in their front yard to send a message: Their days of playing dirty with our politics are over," the group tweeted.

COULD YOU JUST GO BACK TO DEFENDING TERRORISTS, PLEASE … 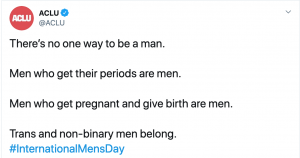 IF ONLY JEFFREY COULD SEE HIM NOW … "Secretive energy startup backed by Bill Gates achieves solar breakthrough," via CNN: Heliogen, a clean energy company that emerged from stealth mode on Tuesday, said it has discovered a way to use artificial intelligence and a field of mirrors to reflect so much sunlight that it generates extreme heat above 1,000 degrees Celsius …

"I'm pleased to have been an early backer of Bill Gross's novel solar concentration technology," Gates said in a statement. "Its capacity to achieve the high temperatures required for these processes is a promising development in the quest to one day replace fossil fuel." 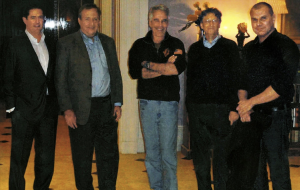 THE BALD EAGLE DIDN’T KILL ITSELF … "Oregon Authorities on the Hunt for Bald Eagle Murder Suspect," by WFB’s Andrew Stiles: It is not known if President Obama, who continues to elude justice for his eight-year killing spree, has been questioned by authorities, or if he can account for his whereabouts during the time of the alleged murder. Sen. Amy Klobuchar (D., Minn.), who is seeking the Democratic Party's presidential nomination in 2020 despite her ongoing struggle with anger management issues, recently admitted to killing a duck during a round of golf.

"They have him in the candidate-protection program." —Fmr. Obama Chief Strategist David Axelrod