McAuliffe, the Democratic nominee to replace Gov. Ralph "Blackface" Northam (D., Va.), has attempted to make a schtick of his awkward dancing on the campaign trail. In doing so, he has succeeded in capturing the vibe of prominent old lesbian Ellen DeGeneres. 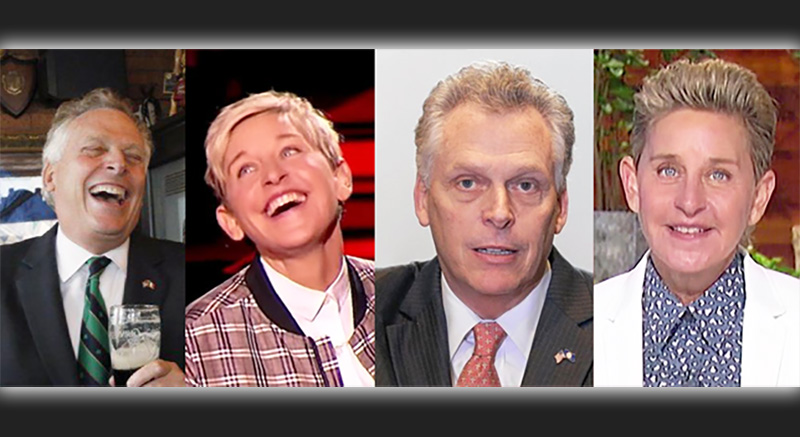 They both enjoy taking selfies with large groups of weirdos.

And they both enjoy hanging with Hillary Clinton, who most experts agree is the least likable politician in American history. 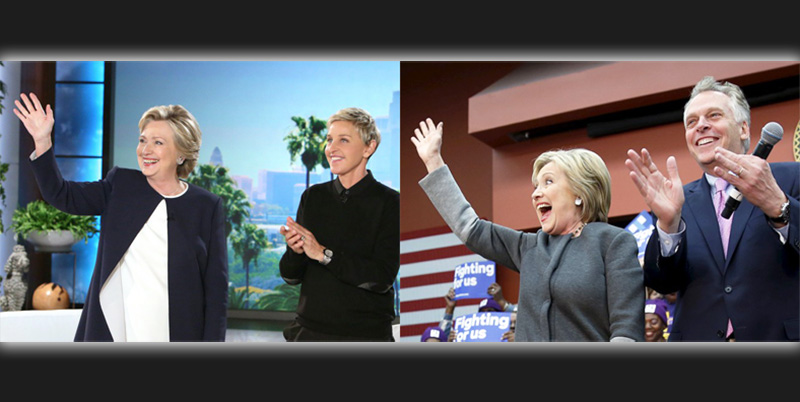 It remains to be seen whether these findings will be of any significance to the Virginia gubernatorial election, which takes place in November of this year. Rest assured, the Free Beacon will continue to monitor this developing story.