Last week, Lorenz posted a photo implicating herself as an attendee at Brooklyn Queen's 16th birthday party, along with a caption celebrating the guest of honor. Queen, a rapper and influencer with millions of followers on TikTok and Instagram, threw a 16th birthday bash in Hollywood on Friday night.

"Last night was soooo fun , I appreciate everyone who came out to celebrate my SWEET 16 with me ❤️," Queen wrote on Instagram on Saturday, June 26.

That presumably includes Lorenz, who appeared to have a front row seat at the bussin' affair. 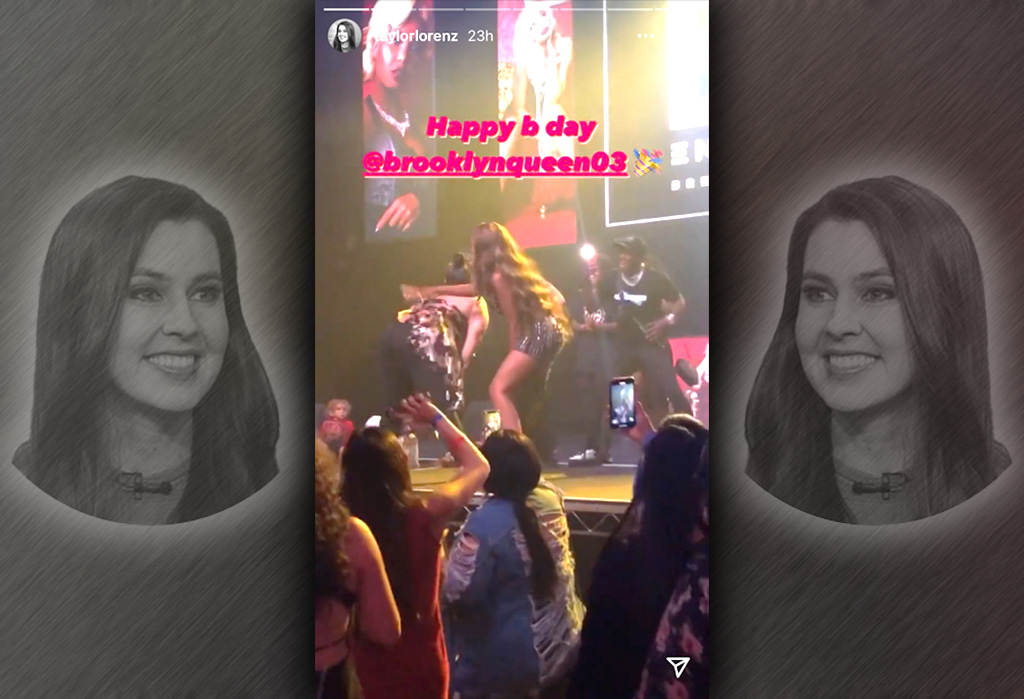 The incident raises serious questions about ethics in teen-oriented journalism. Lorenz is without question America's foremost public intellectual on the subject of teenagers posting content on social media. She has been the subject of an inordinate amount of media profiles and has even boasted of her success when it comes to "DMing random teen girls."

"Part of it helps being a woman, to be honest," Lorenz told Digiday in March 2020. "I think it's much easier for me to slide into these people's DMs in a non-threatening way than from a male journalist in his 30s kind of DMing random teen girls. So I definitely use that to my advantage. I never talk to teenagers like I'm trying to be a teenager. I want them to know that I am a journalist even though I want them to feel casual enough that they could message me at any time."

Lorenz has yet to be accused of a crime but has faced criticism from social media users for her sloppy journalism tactics. For example, she falsely accused tech investor Marc Andreessen of using a "slur"—"retarded"—during a discussion on Clubhouse, the audio-only chat app. She refused to apologize after being corrected.

Lorenz has also come under fire for attempting to obscure her real age. Though a Free Beacon investigation determined (with a relatively high degree of confidence) that Lorenz is 36 years old, media profiles have identified her as several years younger. She has also advocated for lying about one's age to appear older in order to receive compliments. "[T]he move is to always tell ppl ur older or make them think ur older than you are so they're constantly thinking ‘wow, she looks great for her age!'" Lorenz wrote in September 2020.

Before immersing herself in the world of teen influencers, Lorenz was best known for ordering $22 avocado toast and complaining about it on Twitter.