Queen Elizabeth II, the longest-reigning monarch in British history, died Thursday at the age of 96. Members of the royal family, including suspected pedophile accomplice Prince Andrew, gathered at Balmoral Castle in Scotland where the queen had been under medical supervision after doctors expressed concern for Her Majesty's health. Buckingham Palace announced that flags across the country would be lowered to half-mast to mark the "official period of mourning."

She will be missed. Nevertheless, the esteemed throne-sitter and her millions of admirers worldwide can take comfort in the fact that she lived long enough to meet and hang out with President Donald Trump, which she did on more than one occasion at the height of his historically successful term as commander in chief.

Trump made his first state visit to Britain, where he owns a number of legendary golf courses, in July 2018, several days after the United States celebrated its declaration of independence from the tyrant King George III. Her Majesty was evidently quite taken with the American president, who raved about the meeting in an interview with Fox News host Laura Ingraham.

"There are those that say they have never seen the queen have a better time, a more animated time," Trump said. "We had a period where we were talking solid straight. I didn’t even know who the other people at the table were. I never spoke to them; we just had a great time."

Trump also enjoyed his time with Her Majesty, whom he described as "an incredible lady" who "certainly knows me well" during a meeting with President Emmanuel Macron of France, a once-great country. Former White House adviser Fiona Hill recalled that Trump was "always slightly awestruck when he talked about" the queen, and considered his trip to Buckingham Palace to be "a highlight of his presidency."

Her Majesty will undoubtedly cherish those kinds words from our (arguably current) president as she makes the journey from this Earth to the secret planet where dead royals are reanimated to rule once more for eternity. It is easy to imagine the queen and her loved ones fondly recounting her conversations with Trump and taking great pride in having interacted with one of the most significant leaders in world history and his beautiful wife. It was without question the crowning achievement of her 70-year reign.

Trump was "deeply saddened" to learn of the queen's death and offered his "sincere condolences" on behalf of all Americans, who were blessed to have been led by such a gracious and powerful leader beloved by royalty and peasantry alike. "Melania and I will always cherish our time together with the queen, and never forget Her Majesty's generous friendship, great wisdom, and wonderful sense of humor," he said in an impressively worded statement. "What a grand and beautiful lady she was—there was nobody like her!"

The queen is succeeded by her eldest son, who ascends the British throne as King Charles III and is best known for being widely suspected of orchestrating the murder of his beloved ex-wife Diana, Princess of Wales.

Rest in peace, you grand and beautiful lady. 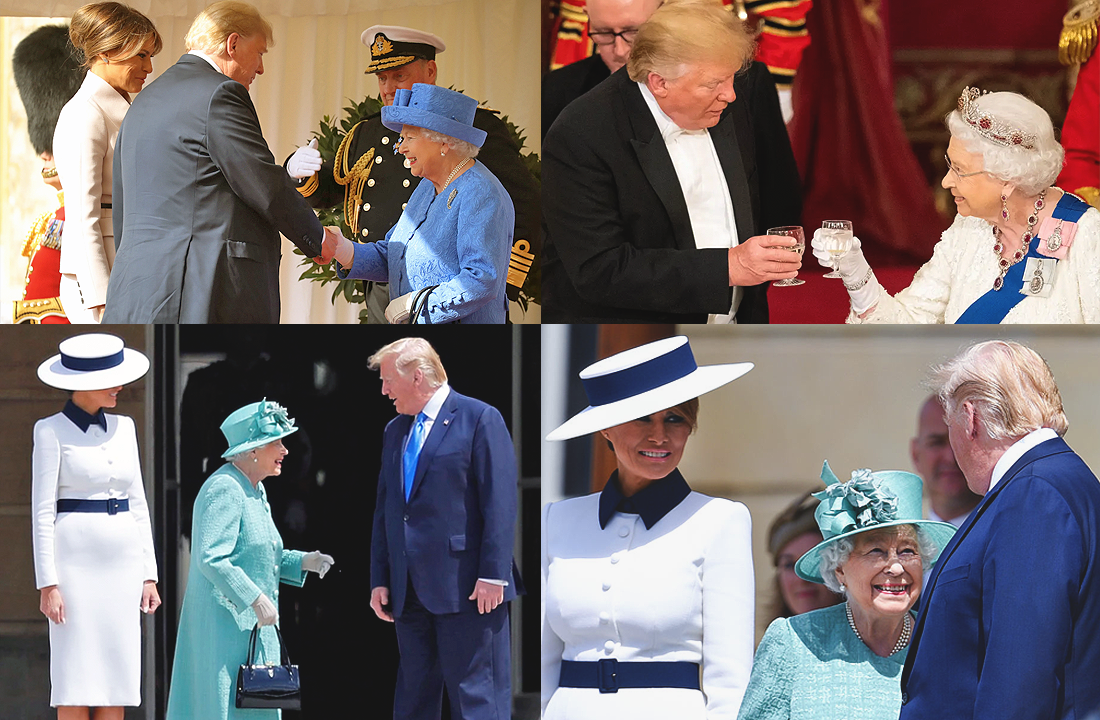