Rep. Alexandria Ocasio-Cortez (D., N.Y.), the socialist firebrand who enjoys illegally parking her expensive Tesla near the Whole Foods in Washington, D.C., could also be a reckless driver.

New photo evidence exclusively obtained by the Washington Free Beacon reveals extensive damage to the front bumper of AOC's luxury vehicle, which retails for as much as $59,000. 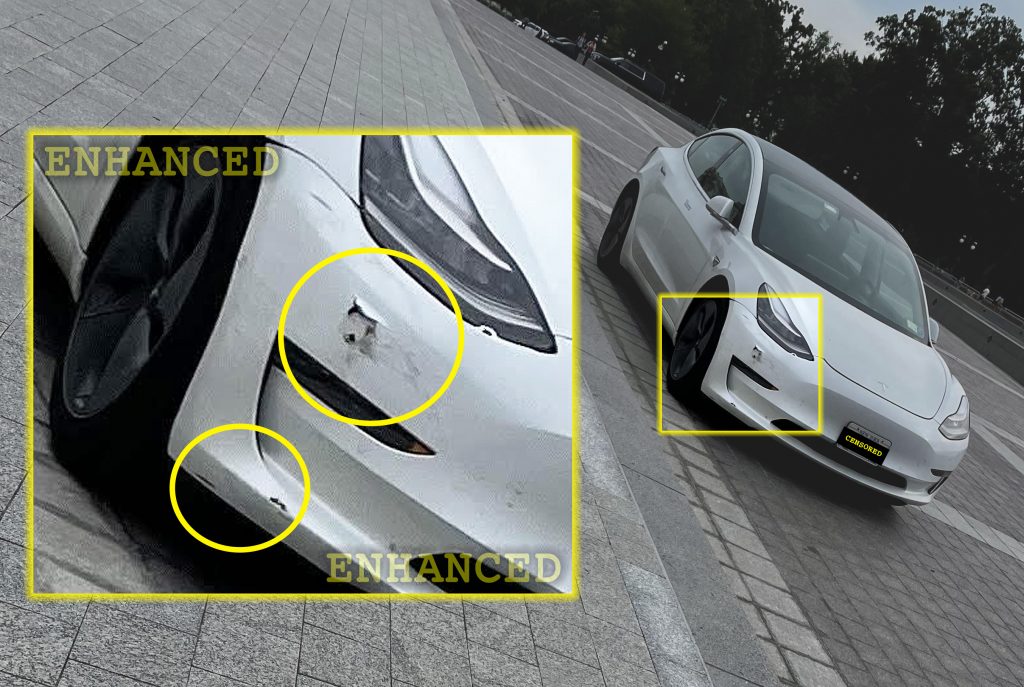 The photo, taken Tuesday morning at around 8:30 a.m., shows the congresswoman's Tesla parked in front of the Capitol building. She was there to cavort with left-wing activists protesting President Joe Biden's unwillingness to extend the moratorium on evictions, an emergency measure passed in response to the COVID-19 pandemic that expired on July 31. 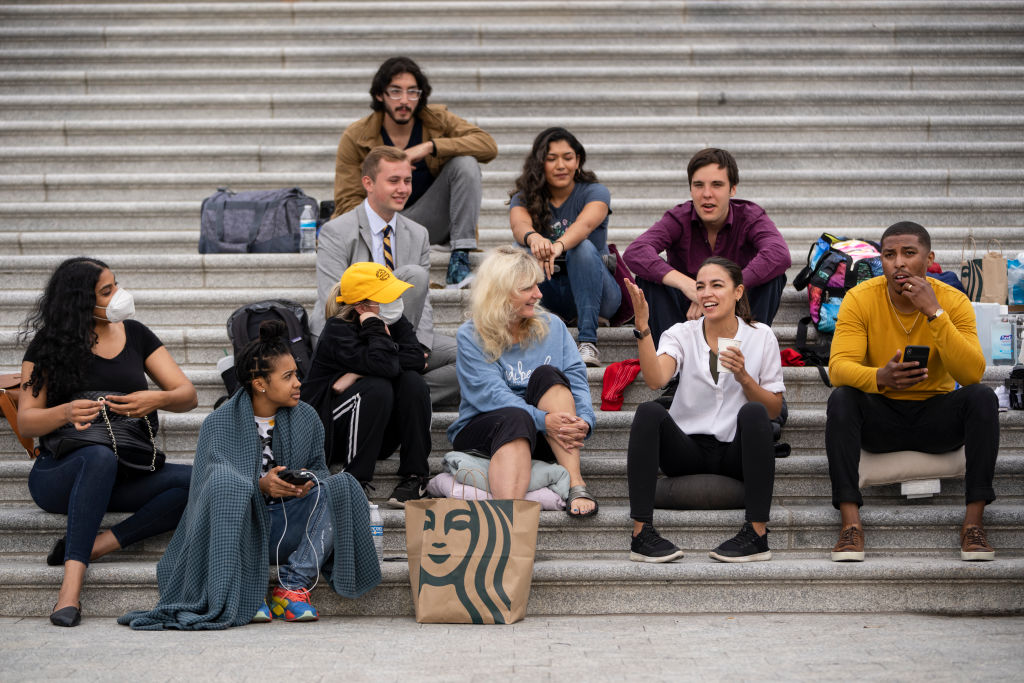 A source with knowledge of the situation said the socialist's Tesla was not illegally parked—members are allowed to pull in front of the Capitol. The source, however, said the congresswoman's choice was "lazy" because she has a reserved parking spot in the Capitol complex. It was certainly a peculiar decision, especially given her office's aggressive insistence that reporting on her Tesla was a violation of her privacy.

The Free Beacon will continue to monitor this developing scandal.