The endless drama surrounding Hunter Biden is bound to come up at next week's debate between his father, Joe Biden, and President Donald Trump. That's bad news for Joe, who tends to react hysterically when asked to explain, for example, why Hunter received a $3.5 million payment in 2014 from the wife of the ex-mayor of Moscow.

Hunter's daughter Naomi recently logged onto Twitter, the popular social networking website, in an effort to set the record straight about her father. Among other things, she explained, Yale Law School accepted Hunter as a transfer student because he wrote an amazing poem.

Because the Washington Free Beacon is dedicated to the pursuit of journalistic fairness through the promotion of dissenting viewpoints, we didn't believe Naomi's biased views should be allowed to stand unchallenged.

That's why we reached out to the child referred to in Arkansas court documents as "NJR." Following a court-ordered DNA test, the child was found "with scientific certainty" to be the son of Hunter Biden and former gentlemen's club employee Lunden Alexis Roberts, aka "Dallas."

We asked "NJR" to weigh in on the Biden family drama, and to respond to his grandfather's repeated refusal to acknowledge his existence. Biden has seven known grandchildren, according to science, but has never given any indication that he considers "NJR" to be a part of the family. We are reprinting the child's response in full below. Enjoy! 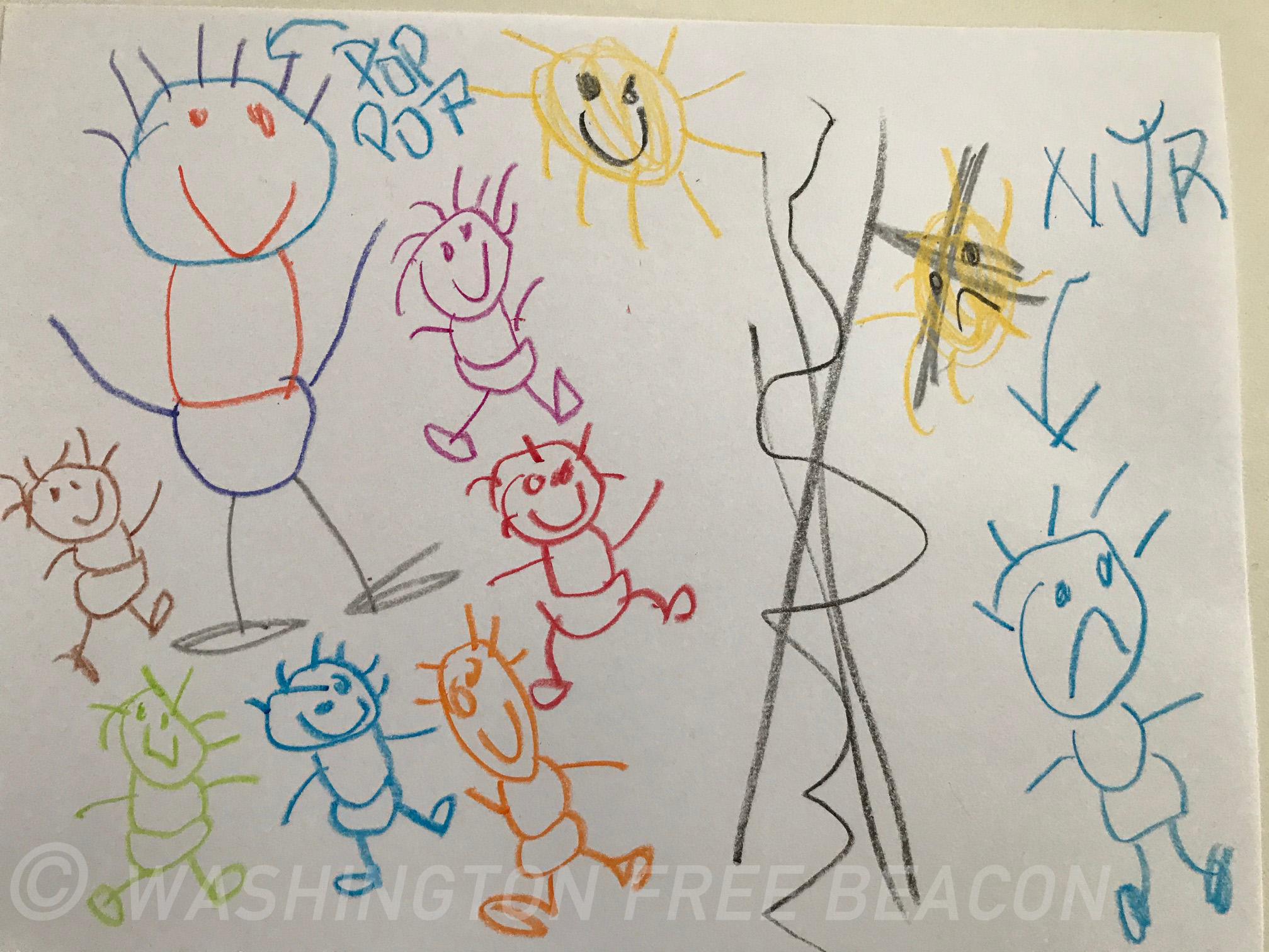