Left-wing journalists and other online activists quickly escalated their criticism of Republican denunciations of President Joe Biden after two explosions outside Kabul's airport on Thursday caused the first American casualties since the mass evacuation began.

CNN, for example, published a story under the headline "Republicans point fingers at Biden moments after Kabul blasts." The first two paragraphs read as follows:

Republicans in Congress quickly escalated their criticism of President Joe Biden's withdrawal of US troops from Afghanistan after two explosions outside Kabul's airport on Thursday caused the first American casualties since the mass evacuation began.

While some prayed for the safety of American troops and diplomats in the immediate aftermath of the attack, other Republicans did not hesitate to blame Biden.

Left-wing activist Gary Legum provided a more colorful take on the situation. "The frothing nutters are ripshit furious both that Biden can't guarantee the safety of every soldier in a war zone AND ALSO that he won't keep them there longer," he tweeted.

Brian Beutler, editor in chief of the left-wing Crooked Media blog, suggested without evidence that Republicans were rejoicing in response to the death and destruction in Kabul. "That sound you hear is Republicans hoping to god there are American casualties so they can wave the bloody shirt and turn it into a multi-year political campaign," he wrote on Twitter.

Left-wing professor Nicholas Grossman joined the pile-on against Biden's critics, real and imagined. "You don't have to take seriously those who see US troops getting killed primarily as an opportunity to repeat preconceived domestic political talking points without considering strategic circumstances or realistic alternatives to US actions," he posted on the popular social networking website.

Ezra Klein, a prominent left-wing nerd and unofficial Democratic Party publicist, lashed out at Biden's critics in his most recent New York Times column, in which he attempted to absolve Biden of blame for the botched withdrawal of U.S. troops from Afghanistan. Anyone who thinks the withdrawal could have been handled in a more competent fashion, Klein argued, was possessed of a "peculiar pathology" and lacked "humility."

On a related note, Politico reported on Thursday that Biden administration officials gave the Taliban "a list of names of American citizens, green card holders and Afghan allies to grant entry into the militant-controlled outer perimeter of the city’s airport, a choice that's prompted outrage behind the scenes from lawmakers and military officials." One defense official did not think this decision was a particularly competent thing to do.

"Basically, they just put all those Afghans on a kill list," the official said. "It's just appalling and shocking and makes you feel unclean."

Republicans pounced on the report. 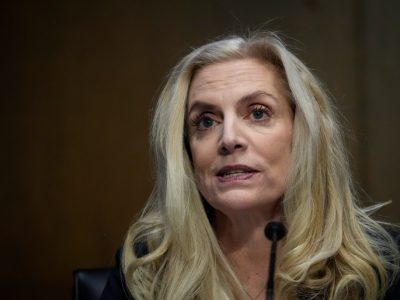