WASHINGTON (Reuters) – U.S. congressional leaders and the White House agreed on Tuesday on nearly $500 billion more in coronavirus relief for the U.S. economy, bringing to nearly $3 trillion the amount allocated to deal with the crisis.

President Donald Trump urged them to pass it quickly, leaving aid to state and local governments for another bill.

"I welcome this bipartisan agreement and hope the Senate will quickly pass it once members have reviewed the final text," the Senate’s Republican majority leader, Mitch McConnell, said in a statement.

The Senate was expected to vote on the plan later on Tuesday, and the House of Representatives later in the week, most likely on Thursday.

Congressional leaders had said they were very close to an agreement on legislation to provide more money to help small businesses, after an initial $350 billion fund was quickly exhausted.

The bill agreed on Tuesday would be the fourth major piece of legislation passed as the federal government seeks to ease the heavy economic and personal toll of a pandemic that has killed more than 42,000 Americans and left more than 22 million people out of work.

Trump said he backed the measure, and urged lawmakers to act quickly. He said talks would begin after its approval on more relief, including funds for state and local governments reeling from steep revenue losses due to the virus, and infrastructure spending that Democrats have been requesting throughout the crisis.

"After I sign this Bill, we will begin discussions on the next Legislative Initiative with fiscal relief to State/Local Governments," as well as infrastructure investments, the Republican president wrote on Twitter.

Democrats and Republicans have sparred for weeks over how best to address the pandemic, which has killed 42,000 Americans, the highest death toll for any one country. More than 22 million Americans have lost their jobs, as businesses have closed and residents have observed stay-at-home orders intended to minimize the spread of the potentially deadly respiratory illness.

McConnell’s statement announcing the bipartisan legislation was laced with criticism of Democrats.

The deal ended the stalemate over how to replenish the small-business loan program. Congress set up the $350 billion scheme last month as part of a $2.3 trillion coronavirus economic relief plan, but it quickly ran out of money.

Critics of the program said too much of the money had gone to larger, better-connected businesses. To combat that, Senate Democratic leader Chuck Schumer said, $125 billion of small business funds in the latest package would go to "mom and pop" and minority-owned stores.

Anticipating the deal, House leaders asked members to return to Washington for a vote on Thursday, the chamber’s No. 2 Democrat, Steny Hoyer, told reporters. He expects more than half the House to attend, and the bill to pass with support from both Democrats and Republicans.

Hoyer also told members to expect to vote on a rule change allowing proxy voting when necessary. This would mean not all of the House’s 429 current members would have to be present for votes, reducing the threat of spreading the coronavirus.

But Hoyer said he thinks lawmakers should go further and consider using remote technologies such as FaceTime for votes, as well as committee work as needed.

Some Republicans – echoing Trump’s calls for the country to reopen – have balked at taking the proxy voting step.

"I think it’s a terrible idea," Representative Jim Jordan told reporters in the Capitol. "What is it, 200 plus years. … Congress has been meeting, and you meet in person and debate in person. So, I think, it’s that fundamental." 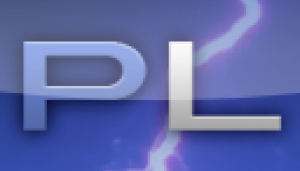