The House of Representatives is set to announce it will provide taxpayer-funded monthly Peloton memberships to all of its staff, Fox Business reported on Friday. The contract comes just over one year after the fitness company set up a lobbying shop in Washington.

Memberships to the exercise service, which offers workout classes, will be available to House staff in Washington, D.C., and in district offices, as well as to Capitol police officers, Fox Business reported. The number of people eligible for the fully taxpayer-funded memberships totals roughly 12,300.

Members of Congress already have access to the congressional gym, which reportedly has cardio and weight machines, a steam room, and a swimming pool.

Under the contract with Peloton, which takes effect May 18, the government will pay the company $10,000 up front and $10 per month for each staffer who chooses to enroll, according to Fox Business. With high participation among House staffers, the monthly cost of the contract for taxpayers could exceed $100,000 per month.

The costly expenditure comes as inflation has consistently hovered near 40-year highs for the past several months.

In March 2021, Peloton hired an in-house lobbyist and two lobbying firms to influence Congress on issues including "government programming to support health and wellness of Americans."

The contract comes when Peloton is in urgent need of revenue. After its profits initially exploded during the pandemic as Americans locked down and exercised from home, the company has fallen back down to earth, announcing this week that it lost $757 million in the first quarter of 2022. Peloton's stock has plummeted from a high of $163 per share in 2020 to $15.46 per share as of this story. 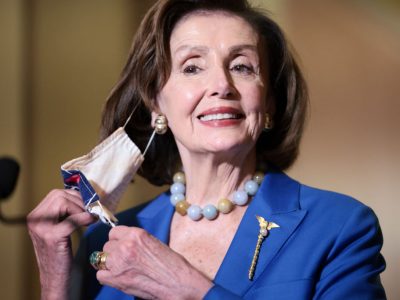