Other Democrats returned money over domestic violence conviction, but not Ellison

The four sons of a Saudi Arabian billionaire—including one who was recently convicted for assaulting his wife—have all contributed thousands to Rep. Keith Ellison (D., Minn.), who is one of the frontrunners to become the new chairman of the Democratic National Committee.

The family of Nasser Al-Rashid, an adviser to the Saudi royal family who has been listed as one of the world's wealthiest men, came under increased scrutiny in the past year due to political spending in the United States. Al-Rashid himself has given millions of dollars to the Clinton Foundation and his children have poured nearly $600,000 into campaigns for Democrats across the country.

The donations became a problem after Ibrahim Al-Rashid, who was a close friend and major donor to Florida Democrat Patrick Murphy, was convicted on charges stemming from an incident in which he broke into his estranged wife's home and brutally assaulted her, according to a police report previously published by the Washington Free Beacon.

Some Democrats such as Murphy and Sen. Harry Reid (D., Nev.), whose Super PAC had received $100,000 from Al-Rashid, returned the money, but contribution records show that Ellison, who was the first Democrat to receive money from Al-Rashid, has made no such move. 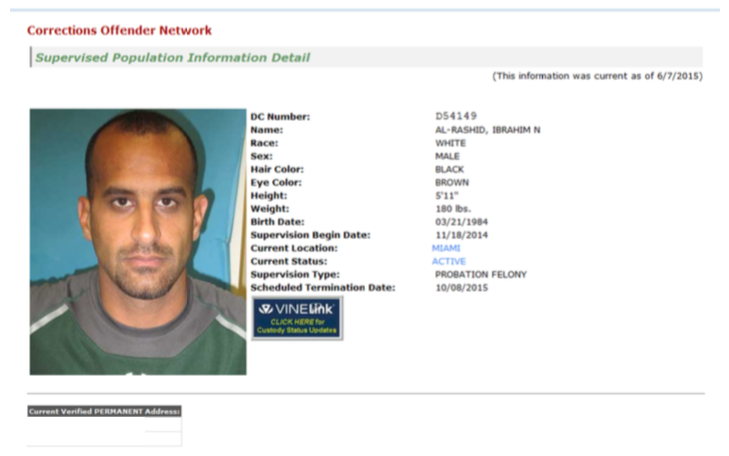 Records also show that Al-Rashid was not the only member of his family to contribute to Ellison.

Ellison did not respond to questions regarding his relationship with the Al-Rashid family and whether he ever considered returning the donations from Ibrahim Al-Rashid.

Ellison traveled to Saudi Arabia in 2008 as part of a religious pilgrimage to Mecca. The trip was paid for by an American group that was founded by members of the Muslim Brotherhood and included meetings with a radical Muslim cleric who endorsed killing U.S. soldiers and the president of a bank used to pay the families of Palestinian suicide bombers.

The FBI launched an investigation this year into whether Ibrahim Al-Rashid was using extended family members and even his own cleaning lady to circumvent federal election law.

Included in the donors allegedly used by Al-Rashid was his wife. Police records state that Al-Rashid "grabbed her by the wrist, struck her about the head and face with a closed fist then threw her to the ground." He also threatened her in a text message by stating, "I hope you die in hell."