Senate Majority Leader Harry Reid (D., Nev.) stepped in it again last week when he told the Las Vegas Asian Chamber of Commerce, "I don't think you're smarter than anybody else, but you've convinced a lot of us you are."

He added later he had trouble that day "keeping my Wongs straight."

"He does stuff like this a lot," the Washington Post‘s Aaron Blake wrote.

Reid consistently makes insensitive, racist, or straight-up weird statements, and Blake noted Reid does this so often, "few tend to notice stuff like this."

His comments about a "light-skinned" Sen. Barack Obama not having a "Negro dialect" were published in the bestselling 2008 election book "Game Change," drawing bipartisan condemnation.

He once flatly said, "I don't know how anyone of Hispanic heritage could be a Republican, okay?"

Sounds like a clown statement. He is, however, concerned about the mascot of the Washington Redskins.

Other racial snafus include Reid appearing unaware in July that a black Supreme Court justice voted in the majority in the "Hobby Lobby" decision, mourning that "five white men" would have dominion over women's bodies. A quick fact check revealed Associate Justice Clarence Thomas is an African American.

Reid, who is an old white man, also complained about "17 angry, old, white men" trying to buy the country during a 2012 rant about outside money in politics, a topic on which Reid is, to put it mildly, inconsistent.

The famously petty Reid is above all else a committed Democrat. He thought nothing of declaring the Iraq surge a failure in 2007 and saying the war was "lost" under President Bush, while American troops were still fighting.

While defending the flailing rollout of Obamacare, Reid said people who couldn't sign up for health care online just weren't educated on how to use the Internet. He also assailed every single American horror story published about the law as "stories made up from whole cloth" and "lies."

Speaking of lies, Reid claimed in 2012 that Republican presidential candidate Mitt Romney had not paid his taxes for 10 years, an accusation so outrageous PolitiFact rated it "Pants on Fire."

After he promised in 2008 he would never invoke the so-called "nuclear option" to reduce the required votes to stop filibusters to 51, calling that prior practice a "black chapter" in Senate history, Reid did just that in 2013.

Reid felt sorry for victims of the devastating Hurricane Katrina, but according to him, their pain and suffering was "nothing in comparison" to victims of Hurricane Sandy. For that one, according to Michael Warren of The Weekly Standard, Sen. David Vitter (R., La.) called Reid an "idiot."

That's not to mention Reid's bizarre screeds against the philanthropist Koch Brothers, in which he's called them "un-American," promoters of "lies," a central cause of climate change and the "two richest people in the world," among other demonstrably untrue accusations.

Finally, who could forget his heartfelt response to Dana Bash's question about helping "one child with cancer" by funding the National Institutes of Health during the government shutdown?

"Why would we want to do that?" he asked. 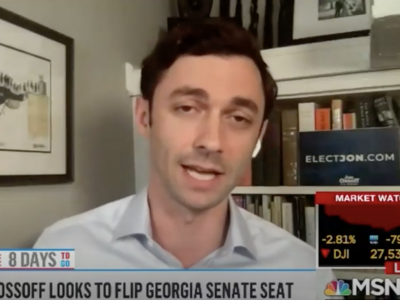 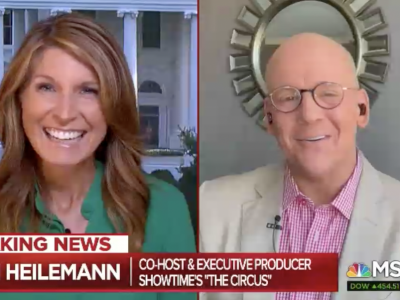