Senate Majority Leader Harry Reid (D., Nev.) continued his deranged, one-man crusade against the Koch brothers on Wednesday, accusing the libertarian philanthropists of being the "main cause" of climate change.

"The multizillionaire Koch brothers," Reid said, are "the two richest people in the world," and are primarily to blame for what some liberals refer to as "climate change."

False. "Zillion" is not a real number.

"The two richest people in the world"

Nope. According to Forbes, the two richest people in the world are Democratic donor Bill Gates, and New York Times investor Carlos Slim.

"They are … the main cause" of climate change

False. According to science: "the main cause of the current global warming trend is human expansion of the ‘greenhouse effect’—warming that results when the atmosphere traps heat radiating from Earth toward space."

"Energy efficiency is good for the American people, for the earth we live in"

False. Wind turbines and solar panels are responsible for the systematic slaughter of innocent, majestic eagles. Also, human beings typically live on planet Earth, not in it. 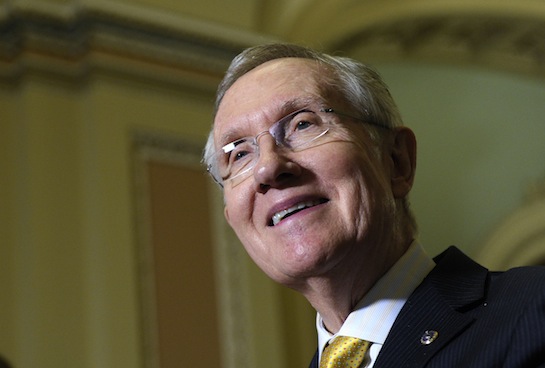 Harry Reid is the main cause of eagle deaths in America. (AP)

Reid recently accused the Koch brothers of secretly orchestrating the GOP investigation into the Benghazi scandal in order to distract from their efforts to destroy the planet.